The best UK city to start a business has been revealed 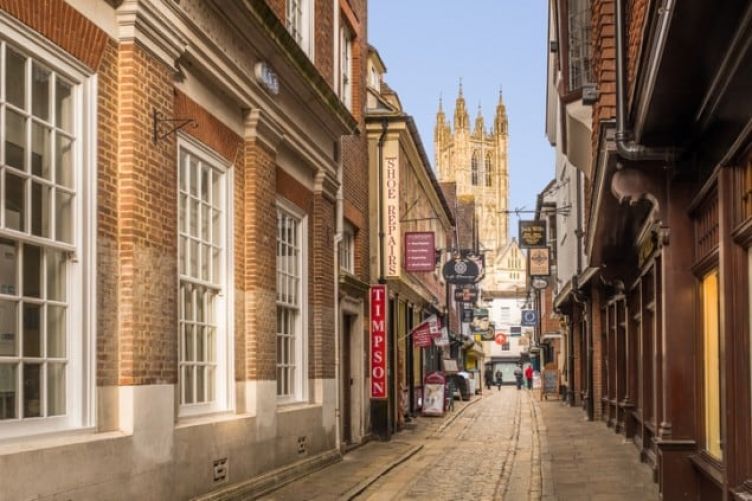 Canterbury ranked in first place, according to new research, which also declares Sunderland is the cheapest place for start-ups

Kent’s cathedral city has been ranked the number one location in the UK to start your own business in a wide ranging study by StartupsGeek.com.

The website for entrepreneurs placed Canterbury in the top spot based on an analysis of the cost over five years of starting a business, broken down into cost of salaries and office space.

Other factors were also taken into account, including graduation retention rate, five-year start-up survival rate and average internet speed, among others.

StartupsGeek.com also looked into the cheapest place to start a new business based on the cost of salaries and office space.

In Sunderland, the cost of office space is almost a quarter of London prices, according to StartupsGeek.com, while opening a business in Liverpool instead of London would save you over £250,000 over five years in salaries.

In addition, the study analysed the graduation retention rate (the number of graduates who remain in the city where they studied).

Business survival rates of new companies over a five-year period were also examined.

Other noticeable findings in the research include:
• Kingston upon Hull has the highest broadband speed in the country, with an average download speed of 131.4Mbit/s, which is almost twice as fast as London.

• Oxbridge has a graduation retention rate below 20 per cent.

• Starting a business in London costs nearly 20 per cent more than anywhere else in the country.

Joe Dawson, co-editor of StartupsGeek.com, says: “It’s often repeated that small businesses are the backbone of the British economy and I think that small business has a big role to play in the economic bounce back we need after the trauma of 2020.

“The statistics in this study give us a snapshot of current conditions, but it will be down to the next generation of entrepreneurs to capitalise on these opportunities.

“However, with the right funding and policy to support those wanting to strike out on their own, local authorities and national government would be able to create conditions for small businesses to thrive in any of the 40 locations in our study.”

You can view the study here: https://www.startupsgeek.com/uk-startup-business-data/

Start your own Funding Nav franchise

Send a free enquiry to Funding Nav for further information!

Start your own Get Ahead franchise

Send a free enquiry to Get Ahead for further information!

Start your own Radiance London franchise

Send a free enquiry to Radiance London for further information!