Effective marketing and sales campaigns are all about good communication, Paul Clapham says" />
The information you submit via our enquiry form is shared only with the franchise business(es) that you have selected.

A guide to effective marketing 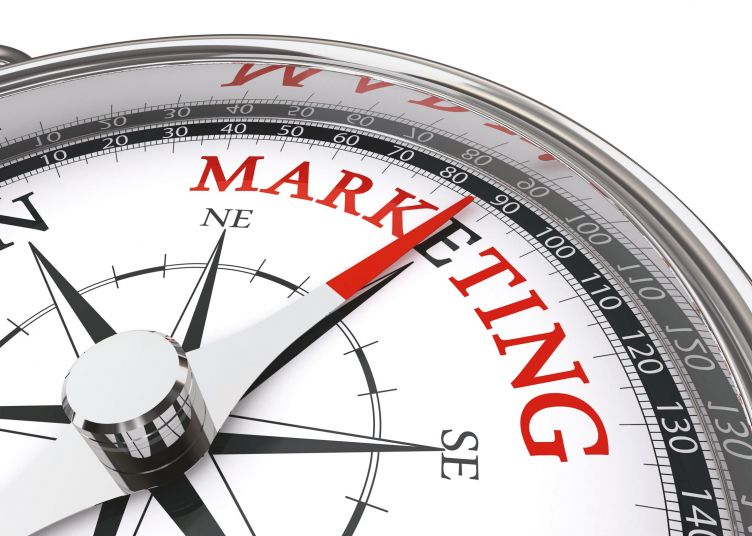 Effective marketing and sales campaigns are all about good communication, Paul Clapham says

The heart and soul of effective marketing and successful sales is good communication. Obvious? Not judging by the standards of plenty of marketing materials or sales pitches. Too often, these are littered with some of the most unholy tosh imaginable.

Communication, lest we forget, is a two-way street - I tell you and you get it, first time; you tell me and I provide just what you want. Understanding is central to this, but much marketing and sales material appears to be designed to show off the genius of the producer, rather than to create that understanding, to make that sale.

Take an example of a press advert by Barclays in the 1980s. The image was a parka hung over a chair back with The Who’s logo on it. The headline was: You didn’t die before you got old. You’d better start a pension. Apart from contact details, there was very little body copy and it didn’t need it because the message was crystal clear to anyone who was in their teens in the late sixties and early/mid seventies - the target audience. It’s worth adding that the whole topic of pensions is deeply unsexy.

Encapsulated in that example are two fundamentals of good communication - simplicity and emotional engagement. All the good salesmen I’ve ever met or worked with achieved both. Classically, they had pared back their presentation to the essentials and had added in those emotive connections - the magic words of selling.

The same applies to marketing messages; the ones that work, speak to the heart as well as the head. You will hear people say that in selling you have to establish need. Really? You won’t close that sale until you’ve translated ‘need’ into ‘want’ - or if you do focus on need, you won’t get the additional sales where the higher profits are to be found.

I recently received an email with the subject: We miss you and we want you back. That one got straight through my defences. I had to open it. Unfortunately, it was from a company I’ve never done business with, demonstrating that you have to target messages carefully - and manage your database properly - or all the emotional connection on earth is wasted.

The Barclays example has a musical theme, which is a great way to make the emotional connection. The problem is that what matters to a 40 year old just doesn’t do it for a 30 year old. But if you can campaign the approach across the age groups or have a specific age group to reach, it’s highly effective. Incidentally it’s the music they were listening to when they were nineteen that makes the connection. Don’t be scared to segment your market like this. The fact your customers are aged from nine to 90 doesn’t mean you should try for a message that appeals to all of them. I’d suggest that’s impossible or a weak message with little emotional connection.

There is an important discipline in this - it forces you to think about what the customer wants, rather than what you’ve got. I regularly see adverts and other marketing materials offering - all together - biggest range, expertise, bargain price, immediate delivery and best quality.

I’m confident that the businesses doing this are sincere, although I can’t see how they make a profit. But it strongly suggests that they don’t know what their customers want, so they offer everything, which either confuses customers or makes them suspicious. There is a marketing theorythat you don’t need to offer good, fast and cheap. Do two and you don’t need the third. It’s called the GFC Triangle and, like I say, it’s a theory, but it sounds right.

Two of the most emotive words you can lay your hands on are free and save. Something for nothing or saving money makes people feel good about themselves. The head might be telling them there’s no such thing as a free lunch, but the heart is saying, go on. As a practise, aim to use free rather than save because it’s stronger. It’s also a better deal for you. Look at the sums. If you give 10 per cent extra free on, say, 100 units at £1 each, you charge £100 and deliver 110. If you deliver 110 of the same units costing £110, 10 per cent off is £11 and you charge £99.

Scrutinise your sales proposition compared to your competitors’ and you will probably find that there are some things you do for free that they don’t. Make a feature of this. The more you can say free, the better your deal looks.

There are some words that work better with one of the sexes than the other. ‘We’d love to do business with you’ works far better with women than men. Equally, men respond to the prompt of ‘win’ better than women. In the same way, teamworking appeals to men, even though experts say women are better at it, and partnership building appeals to women. In practice, the two dovetail together quite nicely.

‘New’ is a potent word. It is also immensely flexible. A short trip round a supermarket will demonstrate that lots of products are sporting ‘new’ flashes, but the product isn’t really new at all, it’s just different. It might have a different flavour or pack size or a small change to the product formulation. Customers know this really, but that new flash still gets the product into the trolley.

Use these variants of new and suggest that the newness is in response to customer requests, which it should be. Take pack sizes as a case in point. I don’t see socks or underpants sold in packs of seven, but it seems such an obvious multibuy. The same process applies to plenty of products sold for commercial purposes. By the same token, if you only want one of something, having to multibuy is aggravating.

‘New’ isn’t just about product. ‘New in Anytown’ creates interest. There are a lot of new aspects to service, too - opening hours, delivery times, speed of delivery, payment options and extent of range. I predict that you could campaign ‘new’ messages by email and have a different message virtually every month, which would make the business look cutting edge. It also justifies regular communication - customers will come to recognise you always have something new and worthwhile to talk about.

When talking business to business, so many companies think they’ve hit the buy button once they’ve said: “It’s a major profit contributor”. I seriously question that. Profit contribution comes from many corners and all business owners know it. From time to time, along comes a service or idea that, yes, is a real contributor. But they’re far rarer than the number that claim it. More than that, there are a lot of other emotional hooks for the business owner, such as: ‘See more of your kids’, ‘Make your business immensely respected’ and ‘Develop for the future’.

Emotional imagery is something of a minefield, but not to be ignored. Benetton gained fame and then infamy by overdoing it. Dulux, Andrex and Churchill all use dogs, which are nothing to do with their product, but people respond well to them. These are amongst our most trusted brands.

In Canada I’m told the beaver gets plenty of marketing use, thanks to his notorious busyness. Babies and young children do it for recent mothers, but not by any means women in general. You’ll have noticed that chocolate is being used to fill this role.

Negatives and positives are an interesting issue. Sales trainers will tell you always accentuate the positive and avoid negative terms. At the same time, John Lewis has made a good thing out of being ‘Never knowingly undersold’. ‘We’ll never let you down’ is stronger than: ‘We’ll always look after you’.