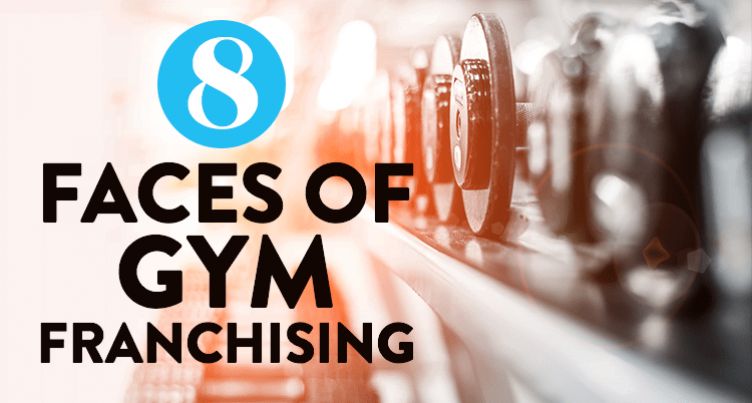 Others such as F45 Training combine interval cardio and strength training, while Eco Gym claims to improve the health of its members and the planet via equipment that converts human energy into utility grade electricity.

The 2017 State of the UK Fitness Industry report revealed that the UK health and fitness industry continues to grow.

There are now over 9.7 million fitness members in the UK, which has boosted the penetration rate to an all time high of 14.9 per cent - meaning that one in every seven people in the UK is a member of a gym.

Here are some of the faces of gym franchising who are already cashing in on the feel good factor:

Chris started his career running his own small group fitness training studios in Essex over 15 years ago, having found a gap in the market where people weren’t necessarily getting the enjoyment, motivation and results from traditional gyms.

Fast forward to 2016 and having rebranded his studios as YourZone45, he launched the franchise model with a pilot studio in Colliers Wood, London.

Now in 2018 momentum is building, with four studios open, a further four franchise agreements signed and due to open in the coming months and four more in final discussions scheduled to open in late 2018.

Leading gym franchise expert Karl Dietrich joined easyGym as global development director over a year ago to head up its new technology driven franchise offering. He’s responsible for creating an ownership network of territories across the world.

Karl has worked in the fitness and leisure business for almost 30 years and it was the offer to shape a new easyGym franchise proposition from a world class proven brand that first appealed to him.
He explains: “I’m enjoying taking this entrepreneurial opportunity global and with several international conversations already taking place, it’s an exciting time to be part of a great team.”

Outside work, Karl spends time with friends and family, watching his two young sons enjoying their sport and growing up far too quickly.

Paul has 25 years’ experience of working within the health and fitness industry, both in the UK and abroad. He was previously general manager for Virgin Active across two sites, with responsibility for 50 employees.

With 20 years working in the corporate food and beverage world, Andy has a wealth of operational experience and a background in contract management.

Recognised as the first eco gym in the UK and the first gym in the world to achieve Green Circle accreditation for its energy saving concept, Eco Gym has spearheaded the move to sustainable fitness.

The company harnesses human energy via the equipment on site and projects members’ collective energy output via a screen in the gym.

The company has two sites on the south coast in Lancing and Brighton. It launched its franchise concept at the International Franchise Show in London in February 2018 and is looking for franchisees across the UK.

From a young age, Rob always had an appetite for sport and played cricket and rugby competitively throughout his teens.

He then began his career, firstly by gaining a bachelor of economics and then working in the financial markets as an equities trader for over 10 years. He always found time to work out alongside his stressful job - but he saw many people failing to juggle both.

This inspired him to leave the corporate world to set up an effective training technique for busy people, F45.

Since its first studio opened in Australia in 2013, F45 has experienced global growth, resulting in over 1,185 franchises operating in 35 countries.

A former personal trainer, Mike owns a total of seven Anytime Fitness locations across the UK, including locations in Gateshead, Leeds and Swindon.

Holding franchises in multiple sectors, he was attracted to Anytime Fitness due to the pace of its expansion worldwide and the ongoing success and return on investment its franchisees were enjoying.

With a fixed franchise fee and the ability to create and nurture closer customer relationships than in the hospitality industry, Mike plans to open a further three Anytime Fitness locations by the end of the year and is among 60 per cent of its franchisees who own multiple clubs.

From teaching Indonesian and Japanese in Australia to becoming a successful franchisee, Jo and husband Peter reap the benefits of multiple fitness franchise investments in énergie Fitness.

Since opening the doors of their Hoddesdon club in 2015 and having broken several of the company’s records, including most number of sales on the opening day, the couple have now expanded within the group to open a second énergie Fitness in Palmers Green.

The family’s sporting background tipped them away from a pizza or artificial turf franchise and towards the fastest growing fitness franchisee in the UK - and they haven’t looked back since.

Adam leads US-based franchise operations and international business for the company. He brings to the role more than 20 years of experience in the fitness industry, spanning a variety of high profile roles and responsibilities.

Adam aims to make UFC GYM the most innovative brand in the fitness club space and a top fitness destination worldwide. He’s been with the company since 2008 and under his leadership UFC GYM has quickly grown from a start-up to the 12th largest club fitness business in the US.

The brand remains in a major growth period, with 150 locations opened and more than 400 locations in development.

The company was recently named in the 2017 Franchise Times Top 200+ list, Entrepreneur Magazine Franchise 500 and was named one of Club Industry’s Top 100 Health Clubs of 2017.

Start your own YourZone45 franchise

Send a free enquiry to YourZone45 for further information!