Dispelling the myths of women in franchising 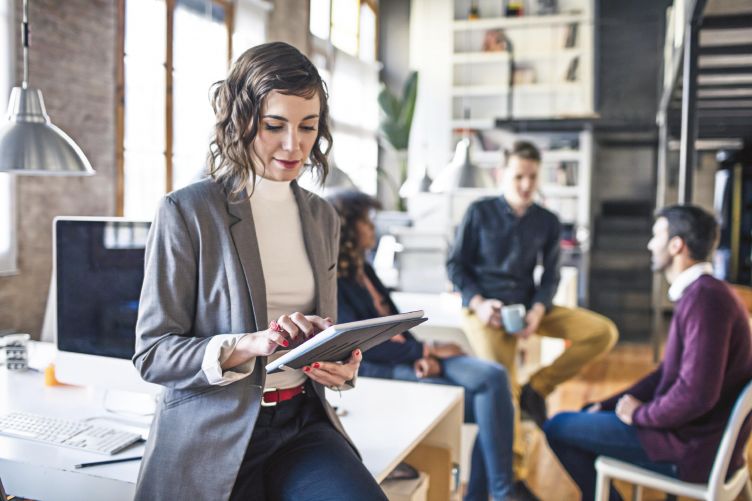 Linda Whitney investigates whether the stereotypes are true

Articles about women in franchising usually say they can do anything, even work in sectors typically regarded as ‘men’s work’.

They like flexible franchises, so they can work around a family, they cluster in ‘female’ sectors such as children’s services, petcare and beauty and they prefer ‘lifestyle’ businesses.

But are the cliches true? Here we look more closely at them.

When starting a business, women are more risk averse than men

Cathryn Hayes, former head of the franchising unit at HSBC and now franchise director at auto sector franchise Revive!, says: “I do feel women tend to be cautious, though everyone tends to be more risk averse today.”

The risk averse mindset is often cited as a defect in women’s approach to business, but is it? No, says Anneli Thomson, managing director of Sandler Training in Oxford, who helps small to medium-sized enterprises to grow.

She adds: “Women are a bit more sensible and don’t see the need to reinvent the wheel. They can follow a system, see what other people have done before and build on it.

“Men, however, often have a bit more ego invested in their business. Over and over again I see men who want to fight the tried and tested system and only accept it after they have failed the first time.

“Women are not risk averse, they are just unafraid of taking the risk of putting their beliefs and personality aside to follow a proven system, knowing they can bring those things in later.”

Cathryn points to research in the US showing that women receive only two per cent of venture capital funding, though they make up 38 per cent of businesses.

The research found male entrepreneurs seeking funds were asked about their business’ potential for gains and women about the potential for losses, prompting replies that negatively affected women’s ability to raise funds.

However, Cathryn points out: “This was not about start-up funds and I’m sure UK banks are not biased when lending start-up capital.”

Of course, many women are interested in ‘female’ business sectors because they’re familiar with them.

But Clive Sawyer, chief executive of the group Encouraging Women into Franchising, says a lack of women in some sectors may also be down to franchisors.

“Mainstream franchises often produce marketing literature that shows only men,” he explains. “If they featured pictures of women instead, they might attract more.

Clive says: “The majority of our franchisor members are lifestyle franchises that can be run part-time and round caring responsibilities.

Maybe women are unnecessarily daunted by the prospect of running mainstream franchises.

She says: “I understand why some women choose lifestyle franchises, but I think some do not feel confident that they have the business and financial skills to run a bigger, mainstream franchise.

“There are courses you can do in business, management and finance and tasks like payroll can be outsourced. In any business you must understand cash flow, but you can learn as you build up the business.”

“Some women reluctantly stay in well paid, high pressure jobs because they feel a franchise cannot be big enough to provide the income and challenge they want,” she says. “But the right franchise can and you can combine a family with a mainstream franchise - my daughter was 10 when I started.”

Women franchisees like networking with other women in business

“The ability to consult the network of other franchisees is one of the reasons many people are attracted to franchising, but in my experience women often use the network more,” Anneli says.

“Men tend to want to find solutions by themselves, which can takes longer. Women tend to be better at finding the right people, asking the right questions and acting on the advice.

“Asking for help is not a sign of weakness - it takes guts.”

Tracy Clark, one of the few female franchisees of Signarama, a sign and advertising franchise, says: “Some people think women in business feel the need to meet other business women, but I’ve never felt that.

“I have been to some female networking groups, but many members were in ‘female’ sectors and I made few useful contacts. Mixed groups offered more.

“I’d say choose networking groups based on the kind of businesses that belong, not just on whether the members are female. ”

Franchising is male dominated and women can feel outnumbered

This depends on the sector. Lisa Law, franchise manager at Snap-on, which involves selling tools to auto technicians, says: “We still have only one woman franchisee out of 379, though I expect this to change as there are more female assistants to our franchisees and more women auto technicians, from whom we draw many franchisee recruits.

“I felt outnumbered when I joined as a marketing assistant, but in the reverse situation, a man might feel outnumbered too.

“I focused on learning about the products and my craft. That builds confidence and engenders respect in both men and women.”