Does Dairy Queen franchise in the UK? 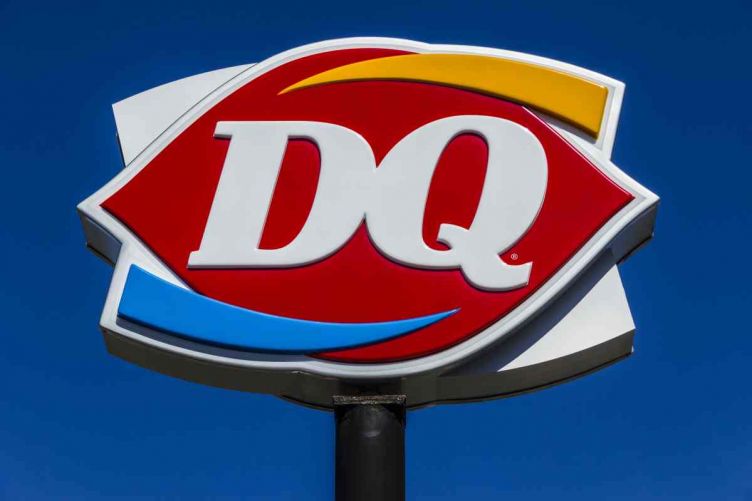 Do you have a sweet tooth for an ice cream franchise?

On average, each person in the UK eats nine litres of ice cream every year, so an ice cream franchise might not be a bad idea.

You’ve probably heard of Dairy Queen and even considered owning one. Relatively unknown in the UK, Dairy Queen (or “DQ”) is an iconic US brand. It’s a chain of soft-serve ice cream and fast-food restaurants. But can you open one in Britain?

Wildly popular in the US and Canada, there are over 6,600 locations in both countries. 2,000 locations exist in 22 other countries — the United Kingdom isn’t one of them. While investors have expressed interest in bringing the franchise to Britain, there isn’t a Dairy Queen in the UK yet.

Let’s look at the Dairy Queen franchise in the US, discuss opportunities for franchising one in the UK, and talk about the alternative franchises that might interest you.

About Dairy Queen
John Fremont McCullough and his son are credited with developing Dairy Queen’s soft-serve formula. They had over 4,000 stands in operation before McCullough’s retirement in 1950.

In 1938, in Kankakee, Illinois, Dairy Queen’s story began with a 10-cent sale of an unnamed product. A man named Sherb Noble agreed to sell McCullough’s product, a new frozen dairy formula, in his existing ice-cream shop.

If the rumours are true, Noble sold over 1,600 servings of the new product within two hours of adding it to his shop’s servings. It was that success that motivated him to open the first Dairy Queen Restaurant on June 22, 1940. The brand franchised from the very beginning, and it expanded rapidly.

Little-known facts
For Americans, Dairy Queen is a brand that evokes emotions and memories thanks to its delicious ice cream and iconic branding. Keep reading for six little known facts that will help you to understand the brand’s history and personality.

1. The largest DQ location is in Riyadh, Saudi Arabia, where ice cream is always in season. However, the busiest Dairy Queen in the world is in Charlottetown, Prince Edward Island, Canada.

2. DQ’s trademark is the “curl” on the top of the soft-serve ice cream. To employees and fanatics, it’s known as “the Q.

3. Dairy Queen introduced the first Blizzard in 1985 and sold more than 175 million of them. They are now one of the brand’s most popular products.

4. At one point there was a weather vane disguised as “Little Miss Dairy Queen” sitting on top of a few select locations. She was clad in a Dutch-style cap, dress, and shoes.

5. DQ employees don’t just turn the Blizzards upside down because it looks cool (let’s face it, it’s pretty cool). If an employee doesn’t do this trick, you get your Blizzard for free!

6. The band No Doubt got together at a Dairy Queen in 1986. Greg Spence and Eric Stefani, who worked at a Dairy Queen location together, talked about starting a band. They looped other people in and eventually went on to release several multi-platinum albums.

7. Every 18 seconds, the phrase “Dairy Queen” is mentioned in the social universe.

8. The most popular Blizzard flavour in the US is Oreo, while China prefers the green tea flavour.

Charitable efforts
Dairy Queen famously supports the Children’s Miracle Network. Since 1984, the company has raised more than $44 million for the charity.

For their diet-conscious patrons, Dairy Queen has sugar-free options so that everyone can get in on the fun.

To submit a request, you must select a location area and franchise type. You have to have $400,000 in liquid assets before applying, with at least $300,000 as cash equity. Your minimum networth can not be below $750,000.

Does Dairy Queen franchise in the UK?
Currently, Dairy Queen has expanded the brand internationally but doesn’t offer franchise opportunities in the UK. This hesitancy to branch out to Britain may be based on the fact that it doesn’t have brand recognition in the UK.

Other similar franchise operations, such as Steak and Shake, have tried to become successful in Britain and failed. The failure of these transitions has probably made the dessert franchise cautious about opening up restaurants across the Atlantic.

Just because there isn’t a Dairy Queen in the UK, doesn’t mean the opportunity won’t present itself in the future. It’s worth checking back to see whether they’ve begun to launch a UK franchise operation.

UK Dairy Queen alternatives
There are no Dairy Queens in the UK, but ice cream is incredibly popular in Britain, year-round. It’s a vast industry. The ice cream market grew by 1.7 per cent each year between 2014 and 2017 and generated £450m in 2019.

So, even though you can’t franchise a Dairy Queen in the UK yet, there are a few dessert alternatives for you to consider.

CREAMS British Luxury
CREAMS British Luxury offers a taste of life in the 1900s, with treats such as cakes and patisserie with afternoon tea. The company provides a truly British experience with marble tables, crystal chandeliers, and live music played on a grand piano.

In addition to dine-in options, CREAMS has takeaways such as macaroons, chocolate, coffee, tea, and some kitchen items.

Baskin Robbins
Baskin Robbins exists in 7,300 stores in 50 countries. They’ve been in business since 1945, almost as long as Dairy Queen.

They serve milkshakes, smoothies, and fruit creams in addition to their scoopable ice cream. From these delights, they create sundaes with an endless variety of toppings. Customers can add fun treats such as roasted almonds, chocolate truffles, and marshmallows to their ice cream desserts.

While you’re likely to do well as a Baskin Robbins franchise, be prepared to put down a whopping £500,000 to get started. For this amount, you’ll receive help in selecting a site location and operational guidance.

Franchisees also receive support related to food safety, health and safety, and management systems. There are also several opportunities to network with other franchise owners regularly.

Usually set up in mobile ice cream bars in high footfall areas, the Incredible Ice Cream Company also caters for private and corporate events across the UK. This franchise allows you to be a food vendor without going through the hassle of renting a business location.

Once you’ve paid your franchise fees, you can expect to have access to a comprehensive training scheme. And if you’re successful, you should make between £50,000 and £100,000 per year.

Satisfy your sweet tooth with a dessert franchise
So, you can’t have a Dairy Queen franchise in the UK (yet), but you can own a similar, well-known franchise instead.

Many people who look to franchise want to invest in a proven business model and enjoy self-employment opportunities. Most franchises will offer you flexible hours and even the ability to work from home if desired. Check out our business advice section for all of the information you need when deciding to run a franchise.