Franchisee of the year 2022: Chris Wyle of Pitman Training Group 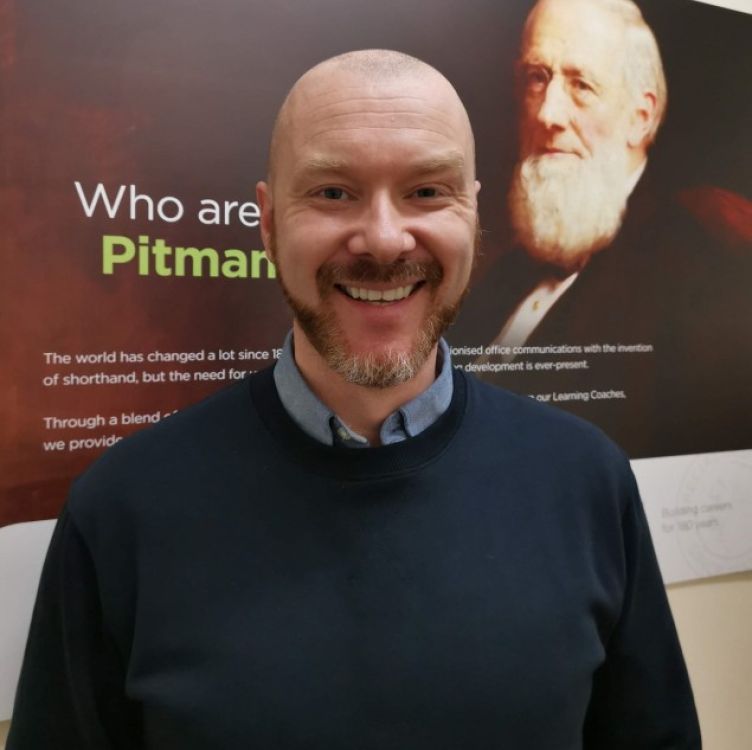 The epitome of a fantastic franchisee, Chris Wyle is a driving force for success in the Pitman Training Group

Chris Wyle is the sort of franchise partner that any franchisor would be proud to have in their network. Ambitious, collaborative, generous, and pragmatic, he epitomises the full gamut of personal qualities and skills required to lead any franchise to succeed. Not only does he own eight Pitman locations (he has a clear plan to build his portfolio to 10), but he supports his fellow partners to achieve the same level of success.

The 44-year-old, who lives with his wife, Gemma, two sons and dogs, loves snowboarding and travelling in his spare time, but with his multiple training centres and volunteered responsibilities (he’s a magistrate, church leader and regularly volunteers at Job Centres to help people with their career prospects), it’s hard to imagine how he fits it all in.

“It’s really important to pay back to society,” he says. I think anyone who is able should contribute in some way. That’s why I sit as a magistrate – it’s good for my professional development too, as I get constructive feedback from my peer group, plus I set a good standard for my children to follow.”

Chris says his motivation to volunteer in the community is to try and help people to be happy and give them hope. “Life is about balance,” he adds. “If you push too hard in one direction, you won’t get fulfilment until you operate outside of yourself and your own interests. Life is about we, not me.”

A former regional manager at a large building society, Chris has successfully scaled his Pitman Training franchises and benefits from stable profit. Committed to the progression of his centres, he always re-invests a large proportion of his revenue rather than extracting the maximum amounts for himself, seeing the longer-term benefits of re-investing and speculating for the future. It’s this kind of business acumen, combined with his inspired leadership and community involvement, that helped him to win a Great British Franchisee Award in 2022.

But Chris is more than a fantastic franchise operator. He cares about people, putting the interests of his staff, his colleagues, and his customers before his own. He knows that by “doing the right thing”, even if that means spending money to solve a problem or taking a decision to protect the brand, will ultimately stand him and his business in good stead. He’s good at following the franchise model and adopting best practices, but by that same token, he is not afraid to challenge decisions and suggest alternative ideas.

“You don’t always have to agree, but take a view and land at a good solution,” Chris points out.

Despite being extremely busy managing his eight locations, over 25 staff, and thousands of students, Chris still finds the time to support the objectives of Pitman Training Group. And he does this without being asked and without the expectation of being reimbursed. He is always happy to talk to prospective franchisees or support new franchisees and stands as franchise partner rep, taking responsibility for collaborating with the franchisees in his region and finding out what they feel could be improved.

“Usually, Paul Lewis (MD of Pitman Training) puts me in touch with new recruits,” Chris explains. “I make a validation call, either by video, phone or in person, mainly because I know what it’s like when you start out with a new business. You’ve taken out the lease on a new office and you get the ‘it’s real, now’ feeling. If I can share my knowledge to help them succeed, I will.”

Chris is happy to help the business wherever he can. For instance, when a fellow franchisee was admitted to hospital, Chris stepped in to babysit her location. “There were no personal rewards, but I would have appreciated the same if I was in her boat,” he says. “Also, it helps build relationships across the network and raises my profile in a positive way – and who doesn’t want a good reputation?

“That’s what I like about franchising – it’s collaborative. If you want to work in a silo, franchising is not for you – it’s all about the power of the group.”

How do you define success?
When you lift both yourself and your community. Zig Ziglar: “You can have everything in life you want if you will just help other people get what they want.”

Proudest achievement
Building the business to where we’ve got it, from just me on my own in Birmingham to a team of 25.

Personal motto
It’s about we, not me.

Start your own Pitman Training franchise

Send a free enquiry to Pitman Training for further information!