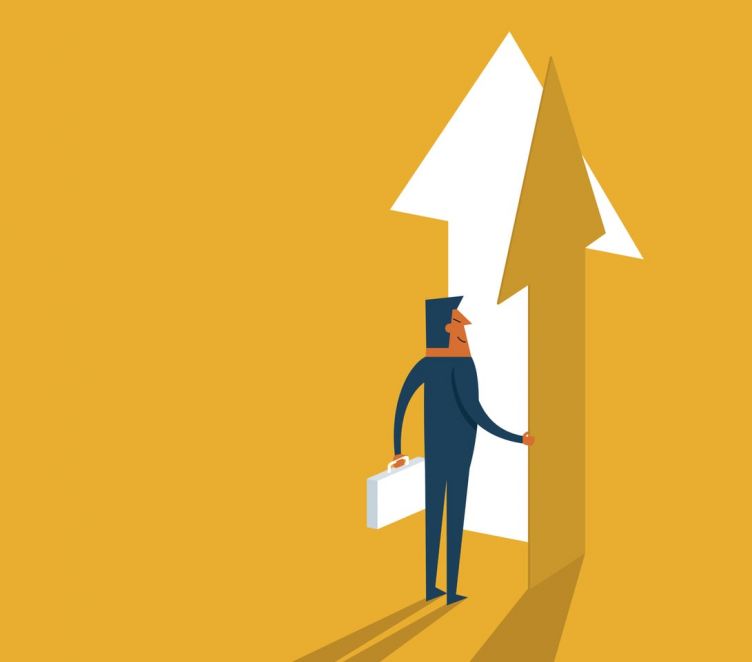 With recent research revealing that as many as one in 10 UK workers think it’s likely they will be made redundant at some point during their lives, the fear of losing one’s job is clearly high on the list of worries in modern times.

To alleviate the uncertainty of redundancy rearing its ugly head, some individuals decide to take control of their own destiny by investing in a proven franchise. Franchising offers all the advantages of self-employment and running your own business, but with the added benefit of being supported by an established brand using a tried and tested formula, meaning the inherent risks are much smaller than going it alone.

Interestingly, research also reveals that one in three people would explore careers outside of their current sector if they did lose their job, showing an openness to adventure and change.

Opening the door to new opportunities

While redundancy is generally seen as a negative life event, it can also open the door to new opportunities.

Pip Wilkins, CEO of the British Franchise Association, says data from the latest bfa NatWest franchise survey shows that nine per cent of those new to franchising had been made redundant or were unemployed.

“Many people have found franchising opportunities after being made redundant, with redundancy ultimately being a positive outcome for many people who have gone on to discover franchising,” she says.

“The franchising industry serves as a platform to those who are looking to take back control of their working lives, pursue a long-held passion and live out a dream of self-employment.”

Doubts about the strength of the economy, fears about the impact of artificial intelligence and concerns about ill-health affecting careers are just some of the reasons why people worry about the stability of their jobs. However, while redundancy is unsettling and stressful for many, others see it as an opportunity to take time out to assess their lives and career goals.

Brian Duckett, chairman of The Franchising Centre, says: “Redundancy can be a godsend if you’ve always wanted to start your own business, but haven’t quite had the nerve to leave your job.

“Someone has now taken that decision for you and they may have even provided some funds to help you on your way. However, bear in mind that acquiring a franchise should not be a last resort solution and it’s not the same as buying a job. You will need to be self sufficient, but willing to follow the franchisor’s system. That way everybody wins.”

Redundancy can give people the chance to explore new prospects in a different sector.

Phil Carr, managing director of Neighbourly UK, says: “Someone who has been made redundant can make the perfect franchise candidate, as they have the motivation and hunger to succeed, along with the determination to forge their own path, taking control of their future and using franchising as a vehicle.”

Franchisors are often welcoming of people who have been made redundant, knowing the wealth of knowledge and experience they have under their belts after years in employment can be put to good use when running their own business.

And they don’t necessarily need prior experience of the sector the franchise operates in, as a franchisor’s initial and ongoing training, along with the package of support services they provide, ensure they have all the knowledge and tools they require to make a success of their business.

Another advantage of investing in a franchise is the initial and ongoing support on offer - both from the franchisor and fellow franchisees.

As Razzamataz Theatre Schools franchisee Caroline Kavanagh points out: “Although it can be scary to go from employment to running your own business, a franchise can provide a good bridge and acts as a support, which is not something that can be said about going it completely alone.”

Julie Dunne, who was made redundant twice during her sales management career, decided to start working for herself as a Bright & Beautiful franchisee in Enfield. The company provides a range of housekeeping services to domestic customers.

“It’s disheartening to be made redundant twice in a short time,” she says. “I was shocked, but refused to let it destroy my confidence and decided to take control of my own destiny and make a clean start.”

Following in-depth research, Julie chose to go down the franchising route and made an investment in a sector with an established brand that was growing fast.

“I felt I had the skills to run my own business and starting up with the support of a wider network was safer than going it alone,” she explains. “Buying a franchise gave me the benefit of five years’ experience from the franchisor, plus their support, help and advice.

“If I had started this business alone, I would not be in business now. At the time, redundancy felt like the worst thing in the world. It forces you to make a change, but that can turn out to be a good thing, as I have gone onto find. I’ve never looked back.”

Remember, franchising is one of the few sectors where you are unlikely to be made redundant. After all, when you are your own boss, you can only make yourself redundant if you really want to.

6 Reasons why people choose to work for themselves post-redundancy

The beginning of a new adventure

The threat of redundancy in your forties might fill some people with dread. Not Sunny Sachdev, who has invested half a million pounds of his redundancy money to realise his dream of being his own boss.

Sunny worked for many years as a business and operations manager in contact centres and customer services departments before being made redundant. However, he had always wanted to start his own business in the wellness sector, so jumped at the opportunity to buy into The Massage Company franchise in Sutton Coldfield.

“I saw my redundancy not as the end of my career, but as the beginning of a new adventure as a franchisee,” says Sunny, the third franchisee in this rapidly growing network of international massage membership centres.

“Membership massage is commonplace in the US where its benefits are understood, but it’s a new concept in the UK. The lure of joining a franchise that’s new to the market is exciting and I’m looking forward to bringing the membership massage model to the Midlands.”

The change I had been waiting for

She opted for redundancy from her five-day-a-week job as a brand manager that was crammed into three days in an attempt to balance it with family life. Helen also took a job at her local council running the school admissions and transport team, but again struggled to prioritise her family’s needs.

“I was exhausted trying to balance everything and I wore lots of dark ‘business’ colours in my work life, which had permeated into my home life too,” Helen explains. “I was often asked: ‘Are you okay?’ and told: ‘You look worn out’.

“I decided to do a colour class with House of Colour and remember looking in the mirror and seeing a tired, pale working mother who was literally transformed when my spring colours were draped on me. I looked bright and alive and couldn’t believe the difference it made.”

Her introduction to House of Colour resulted in her leaving her life as a struggling working mother and becoming a franchisee servicing customers in the Milton Keynes and Bedford West areas.

“Those two days made such a difference to me personally - it was the change I had been waiting for,” Helen says. “Having my own House of Colour franchise has given me such freedom and confidence and I love the buzz of seeing my clients transformed with their newly gained style and colour knowledge.

“So many clients, women in particular, struggle to find the balance between a successful career and family/home life. I could have chosen to continue along the executive career path with all the trimmings, working long hours and travelling, but missing bringing up my children.

“The path I chose means I can give my clients a transformational experience that is an investment in their confidence and their future, while still having a wonderful work-life balance.”

Redundancy came out of the blue

Franchising gave Caroline Kavanagh the confidence she needed to open her own theatre school after being made redundant.

“I was working part-time at night in Tesco in the merchandising department, primarily because it fitted around family life and looking after my three boys,” Caroline says.

“Redundancy came out of the blue in May 2019, which was compounded because my husband was also made redundant for the first time ever. I had already committed to open Razzamataz Horsham, but the financial loss of the job had a big impact and I felt like I had lost my security blanket.

“I did look at other jobs, but it’s hard to find something that fits around the children, especially in the summer holidays. With three children and no family nearby, the cost of childcare was huge.”

Razzamataz’s franchise offering is perfectly set up for family life, according to Caroline, who adds: “The support and training were a big part of my decision to focus on growing my school and I knew if I followed the systems and marketing and advertising advice I could be successful.

“Being made redundant actually spurred me on to grow my business, because I could easily see how good it would be for our family. I never have to worry about taking time off work if one of the children are sick or there is an inset day or school assembly, I can very easily work around them.

“Although it can be scary to go from employment to running your own business, Razzamataz provided a bridge and has continued to support me every step of the way.

“The fact Razzamataz is such a well known and established brand helps me to grow my own business and the confidence and camaraderie of being part of this network have been the things that have made all the difference to my mindset and belief in myself.

“The fact I can also return to training whenever I like at no extra cost, plus all the webinars, Skype support and expert training we receive, has given me the encouragement I needed.”

Catherine Eade is assistant editor of What Franchise