Life after the forces: a pathway to business ownership 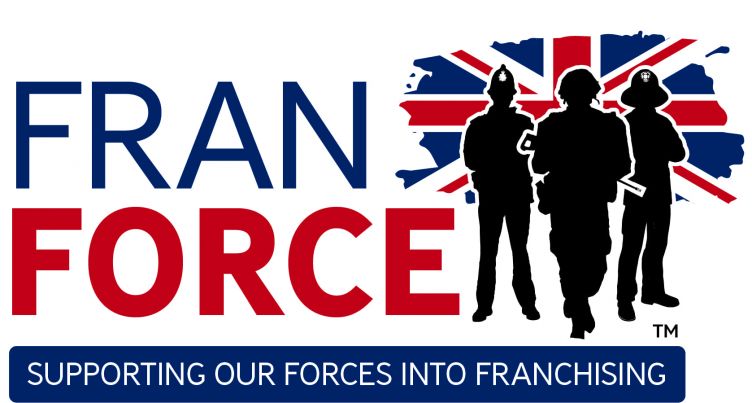 Finding employment can be the biggest challenge for many veterans who are transitioning out of active duty, yet thousands of former service people have had success stories through franchising.

It shouldn’t be a surprise that many veterans have taken the leap into franchising, as there are many parallel skills that can be transferred over, including focus, structure, camaraderie and a hard earned ability to thrive within complex operations.

The initiative was developed to thank the men and women for their service to our country and assist those interested in franchising to make a smooth transition.

‘Fran Force - supporting our forces into franchising’ offers financial discounts to help transition military and emergency service personnel and current veterans in the UK who want to own a franchise, including 20 per cent off the franchise fee for the initial base territory purchase, as well as special vendor incentives for those that qualify.

“We are very fond of what the military does and the people they turn out, as they have a great skill set to translate to franchised businesses - using leadership skills, hard work and the mindset to follow a proven system.

“Not only do we have a few ex-military working for Neighborly UK, but we also have some franchisees who have made the transition over to franchising and have never looked back.

“We hope many more veterans will take this opportunity to achieve their dreams and goals by being in business themselves.”

In charge of her own destiny

One franchise owner who made the transition into civilian life is Sue Mark, who bought her Bright & Beautiful franchise in March 2016.

“Having completed 22 years’ service in the Navy as an engineer, I chose to go into franchising as I wanted to be in charge of both a team of people and my own destiny,” she says.

“I wanted a new challenge of being my own boss, as well as setting up a new business that had systems already in place, with support, guidance and training from its franchisor.

“The skills I gained in the Navy have been transferable to the commercial world and have been invaluable to the day to day running of my business, from organisational through to being able to deal with any situation that arises in a calm manner.

“Working for yourself is hugely rewarding, particularly as I now have a team of 13 housekeepers, and already I’m reaping the rewards from all the effort and hard work I have put into growing the franchise.”

Neighborly franchisees are also recognising and experiencing the benefits when hiring veterans as employees and the value they can bring to the business.

Not only is it a positive way to support the economy and social infrastructure, but it gives back to those who have given a great deal and they strengthen franchise systems through their distinctive talents and dedication.

Director Rob Simpson says: “We are rightly proud of our Armed Forces and the work they do and we are thrilled to have become registered under the Armed Forces Covenant.

“We look positively at employing former services personnel, as we have always found them to be honest, hard-working and reliable.

“We currently employ two former Armed Services personnel and take a proactive outlook to the recruitment of ex-service people.”

Neighborly’s passion to help veterans dates back to 1991 when Don Dwyer Sr, founder of Neighborly, created VetFran, a programme aimed at supporting US veterans and their spouses to access franchise opportunities through education, financial assistance and industry mentorship.

Today, Neighborly is proud of military personnel and veterans in the UK and is offering the FranForce programme as a thank you to those who have served and protected this country.

For further information about the FranForce programme email startmyjourney@franforce.co.uk or call 01295 983412.