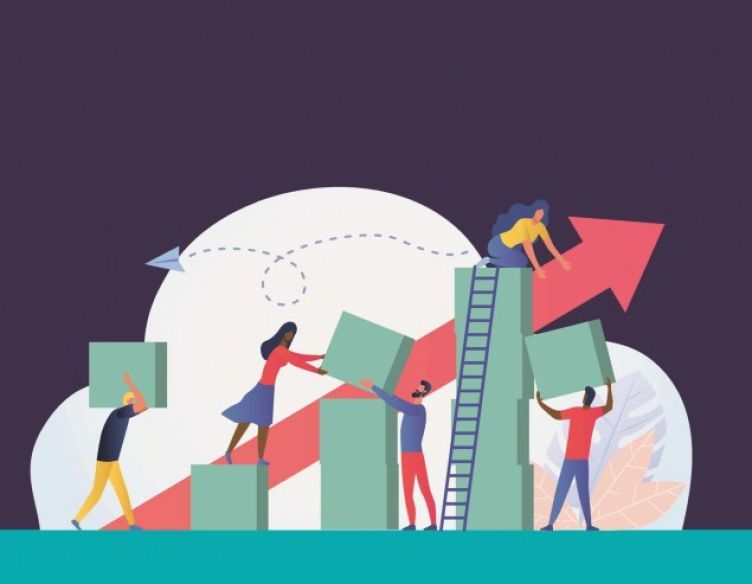 In May, the travel consultant with Not Just Travel, who runs his franchise from home, hit £10 million in sales. The current annual turnover for this year so far stands at £1.9 million.

He started his business in 2014 following a high flying career in HR, which saw him travel the world. But he didn’t enjoy the job.

Not one to be idle, David used to plan holidays while watching TV, so becoming a travel agent felt like the obvious career move. Now seven years later, he’s never been happier.

David says: “I love to make customers happy and give them the best experience.

“I’ve been to 136 countries and that helps hugely with what I do. I’m a huge airline and air mile geek, so I can help people find the right deals and holidays for them.

“My knowledge of travel helps them, so for example, if someone’s going to New York I’ll always book them on an afternoon flight so that they land in the evening.

“They can then have some dinner and go to bed, so the following day they wake up refreshed and ready to go.

“My customers have turned into my friends and they know I’m going to look after them. For me, this is a passion, not a job.”
Despite the pandemic, David says sales are strong, with his average booking value for 2021 being just over £9,000.

Although the past 12 months have been tough for the industry, he’s kept his positive outlook while helping clients get refunds and rebookings.

“The last year was tough for a lot of people, but what was lovely was that I had customers phoning up and asking how I was,” David says.

“Yes, the pandemic 17.3stopped travel, but it’s coming back. We all love a holiday and when we know what countries we can travel to, it’s going to be hugely busy.

“I think we’re going to see lots of last-minute bookings this year.”

“Making money for the benefit of society is a real bonus”

Can there be anything more rewarding than running a successful business that helps people who are having a tough time?

Gerald Roper, franchisee for leading mobility retailer Ableworld, does just that. He set up the company’s Colchester franchise seven years ago and today runs a business that turns over £1.1 million.

Gerald’s achievements have earned him Ableworld’s Franchise of the Year accolade.

He says: “My late wife and I decided to join Ableworld in 2013. We were both very much part of the community in Colchester, both having long teaching careers, and we wanted our potential new business to reflect our personal involvement. We eventually found what we were looking for in Ableworld.

“Friends had told us how difficult it was to get hold of suitable equipment to help their parents, which led us to explore the venture even further.”

As well as the growing market for Ableworld’s products and services among the UK’s ageing population, the ethical side of the company also appealed to the couple.

“Once we decided to start Ableworld Colchester, one of our main aims was to live and breathe the company’s ethical policy,” Gerald says.

“Some customers are vulnerable and while we’re happy to sell to them, we don’t want to be putting them under pressure.

“Sales-wise, our initial aim was to reach a turnover of £430,000, which we achieved, and then went on to surpass our second and third-year targets.

“Since then, even in the current climate we continue to grow the business and are looking to expand into other towns in the area.”

As a franchisee, Gerald’s main role is to manage his team of in-store and field-based staff.

Because of the nature of the business, he was able to remain open during the various lockdowns.

“We were able to continue to provide essential mobility and health care products to our customers and received high praise from them and professionals in the NHS because of this when some of our competition closed down,” Gerald says.

He adds: “We’re all about people keeping active in their own homes. We respond quickly when they’ve got a problem and often it can be solved without spending a lot of money.

“For instance, four-wheel walkers are not expensive, but people constantly tell me how they’ve changed their lives.

“This sort of reaction is what makes our job worthwhile. Of course, you want to make money, but making money for the benefit of society is a real bonus.”

Be totally committed to the model. Work hard and recruit a good team to work with. Also, a good relationship with the franchisor and the support teams is crucial to ensure you progress to the level you want to.

“To get traction, you have to invest in marketing and work at it. You have to be all in”

Former professional musician Gary Keating became self-employed straight from school, built a chain of music shops and was a multimillionaire by the time he was 25. But within two years he’d lost it all.

Undeterred, Gary moved to Hong Kong, started a mortgage broking company and retired when he was 47, returning to Bristol and spending holidays in Thailand.

“But I quickly realised I wasn’t any good at being retired,” Gary admits. “I tried spending time in Hong Kong checking in on my business interests until a friend suggested I become a business consultant to fill my time.

“This didn’t appeal to me because when I’d used consultants I’d often filed their reports in the back of a drawer and I felt it would be hypocritical of me.

“But then I saw an advertisement for ActionCOACH and after some research, their coaching systems and values blew me away.”

He launched his ActionCOACH business, set to turn over £2.4 million this year, in February 2016.

“I immediately opened an office with a coaching studio, hired a personal assistant and created an environment with the opportunity for growth,” Gary says.

“To get traction, you have to invest in marketing and work at it. You have to be all in.”

“Notwithstanding the recent pandemic period, I still escape the English winters in Thailand, but continue coaching via online video conferencing,” he says.

“It’s a great way to build a profitable business that works without me,” he says.

“But most importantly, I wanted to secure the area of Bristol and North Somerset to make a positive impact in our business community for years to come.”

According to Gary, the biggest advantage of being an ActionCOACH franchise partner is: “being part of a supportive community backed by a massive force. We’re collectively coaching business owners and changing the face of business education in the UK.”

There’s no quick fix, but there’s a magic formula if you wish to apply it: combine perseverance with tenacity, grounded with the pursuit of continual knowledge and self-improvement.

Metro Rod has 40-plus franchised territories in the UK.
Here, some of the drain care and maintenance specialist’s leading franchisees share their tips for establishing a business that turns over seven figures-plus annually:

“Don’t be afraid to invest in your business. Get a great team behind you and enjoy it.”

“Believe in your ability and your staff. Grow your business within your means and always invest when you feel the time is right, knowing your costs and expenditure to ensure you have the ability to grow without getting into too much debt.”

“Know your business sector. Attempt to employ staff who want a career, not just short-term employment and give them respect. Above all, as the owner, you must be 100 per cent totally committed.”

“There are many elements to consider when building a successful franchise, but timing and delegation are so very important.”

“Invest in staff, equipment and take every opportunity you are presented with.”