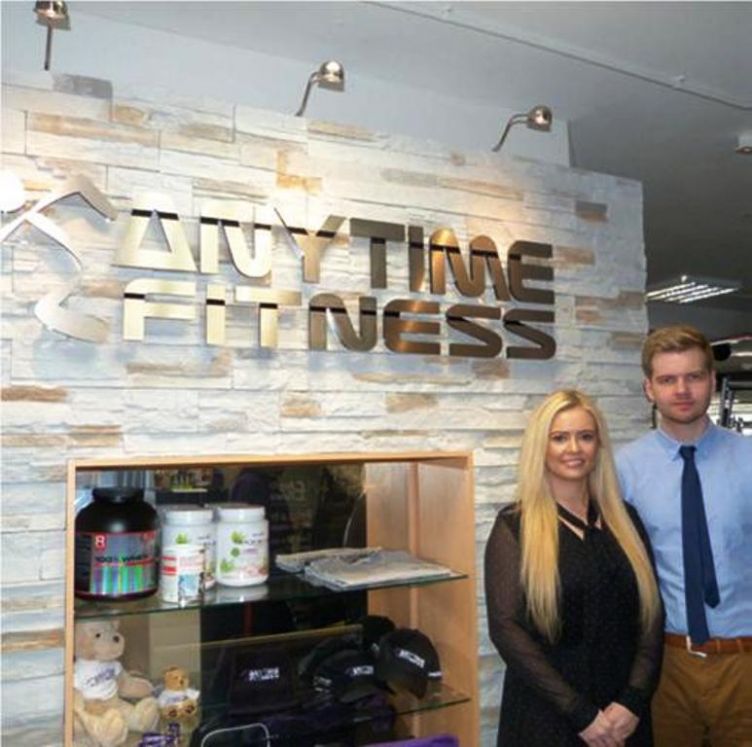 Watching a Netflix movie and checking your emails while pounding away on a treadmill may not be everyone’s idea of a good night out, but it’s created an industry currently worth nearly £4 billion.

Reasonably priced round the clock ‘boutique gyms’ are booming as never before and growing at over six per cent - a phenomenon that did not escape the notice of 32-year-old Sophie Hoyle, her brother James and her sister Melissa when they were looking for a lucrative business start-up.

“The area has tremendous potential,” Sophie says. “There are currently only 16 gyms in the north west and we have five of them. The sky is literally the limit.”

It’s hardly surprising that Sophie, Melissa and James turned to franchising - it’s in their blood. Their parents, David and Jackie Hoyle, are the entrepreneurs behind the Happy Days chain of nurseries, which they started in 1999, and were right behind their children when they suggested a major investment in Anytime Fitness.

Not surprisingly, David and Jackie threw the weight of the thriving family business behind the new venture. “We had been looking for a different sector to invest in for some time and were very excited about the Anytime Fitness potential,” David says.

Sophie adds: “Although this was a different sector for us, there is a lot of synergy and transferable skills.”

It was a shrewd choice. Launched in Minneapolis in 2002, Anytime Fitness claims to be the world’s fastest growing fitness club. It now has over 4,000 clubs in 30 countries and four million members, with a new one joining every three minutes.

Open 24 hours a day, 365 days a year, Anytime Fitness says it prides itself on providing state of the art facilities and a friendly personal service.

“Our family thrives in the business world,” Sophie says. “Our dad suggested we should think about Anytime Fitness franchises and we could see that they could give us great expansion opportunities in a growing market.”

After studying economics at Manchester University, Sophie worked in RBS corporate and institutional banking, but thoughts of having her own business were never far away. “I realised there was a big hierarchy in the bank and it would be a long time before I could start making any real decisions,” Sophie says.

“I like being in charge and being in control of what I do and James felt the same way, so it seemed logical to go on our own. Melissa, an accountant, knew all about the financial and legal side, so we seemed the perfect team.”

The Hoyles opened their first gym in the small Cheshire town of Knutsford in January 2016, followed by Bramhall, Macclesfield and Stockford Heath over the following year. A fifth club, in Liverpool, is scheduled to open in the autumn.

Locations are chosen with meticulous care. “We place our boutique gyms right at the heart of local communities, making them truly convenient with a friendly feel, so unlike the large out of town gyms,” Sophie says.

“They quickly proved to be really popular and provide a social hub, as well as an excellent fitness centre. We’ve installed luxury bathrooms, coffee machines and comfy seating areas, so that members can stay and chat with friends.

“The motivation is that we want a gym that people will go into and use and have a reason to come back to. All our gyms are in the affluent south Manchester and Cheshire areas, which have a lot of stay at home mums. As a result, we have more people who come to the gyms during the day and our female membership is higher than average.

“This influences the sort of equipment you provide - we have more cardio equipment and a strong calendar of classes. For instance, we provide yoga and morning stretch classes for mums returning from the school run.”

Is it really necessary to keep a gym open 24/7? From the beginning, Sophie found there was a high demand: “There’s a constant flow around the clock, from people in the bar and restaurant industry to taxi drivers and NHS shift workers who can’t get to a gym in normal hours.”

Sophie regularly works out in her gyms: “I do it to keep fit, but just as important is that it allows me to look at what we’ re offering from a customer’s perspective.

“Franchisees who do well are those who stay actively involved in the business and I have always been hands on, so that I know exactly what’s going on 24/7 and can step in the moment anything goes wrong.

“We deliberately keep numbers small and know most of our clients by name. Some clubs have 15,000 members, while our biggest is 1,350.

“Being smaller and more personally oriented, we are able to give people the results they want because we’re able to put more time and effort into helping individuals in a friendly and non-intimidating environment.”

The average age of Anytime Fitness clients is around 38, but Sophie is anxious to encourage the older generation - people who in the past felt they wouldn’t be welcome in gyms - and is delighted with the response.

Her oldest regular client is 82 and a couple in their mid-seventies have been helping test a new vitality programme for the not so young.

Sophie and her brother and sister work smoothly together, managing different aspects of the business, but all admit to a competitive streak.

James has admitted: “We’ll each play the same game while on the treadmill and whoever gets the lowest score has to either raise the incline or go an extra kilometre.”