The importance of sustainability in 21st century franchising 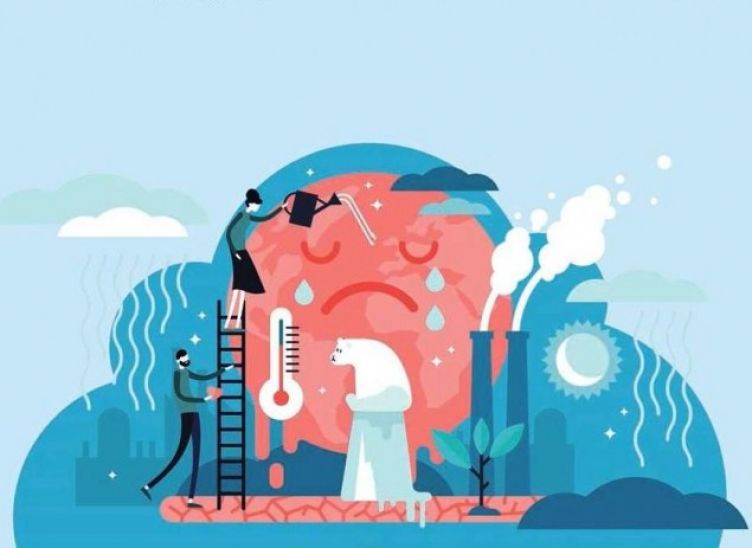 Sustainability has been at the fore of the world of business for over a decade now as we see the effects of climate change the world over, and even events like the 2013 Dhaka garment factory collapse serve as a reminder to the world to not be wasteful and seek renewable processes and products that do not hurt the planet.

This change has been driven by consumers. As consumers have noticed the effects of the products and services they buy, they’ve either shifted to sustainable alternatives or publicly pressured companies to make changes in the direction of sustainability.

Franchising, with the power of brands, stands to gain significantly from this as well as contributing to the health of the planet.

Climate change has been the single biggest topic of discussion around the world for over two decades. Not only has it been a hot topic, but its practical effects are also seen in the world occasionally, serving as a brutal reminder of what can happen when the planet isn’t cared for.

Many modern consumers don’t silo issues like they may have done in the past. They don’t expect to purchase environmentally damaging products or services and offset that with a donation to a charity.

Much of the drive for sustainability has been pushed by millennials and Gen Z, who both hold climate change as one of their top three concerns according to a Deloitte survey, with it topping the list of concerns for Gen Z. These are the generations that will populate boardrooms and executive meetings in the future, guiding business in the direction of sustainability because it’s what they know and what consumers want.

Brands like Volkswagen suffered enormous costs to the tune of £38bn because it tried to cheat sustainability measures and fool customers. The brand still hasn’t recovered its pre-scandal share valuation and ended up damaging dealers, shareholders, and even the image of Germany to a small extent. It simply doesn’t pay to be anything but a sustainable business in the long run.

Deloitte’s March survey into consumer views on sustainability found that 28 per cent of respondents stopped purchasing certain brands or products because they had ethical or sustainability-related concerns about them. That represents a significant portion of people who feel that they can no longer support a brand that does not align with their values.

Consumers’ wants and needs are also translating into franchise concepts. There are a variety of sustainable, green franchises to invest in that have popped up recently; one even uses plastic waste material to create driveways.

Consumers have always wanted to connect to a brand’s personality, and that is no different today. The only difference is that consumers today place significantly more value on sustainability than previous generations, and companies are responding accordingly.

The world of franchising has recognised the importance of sustainability both for the world and as a strong aspect of a brand’s offering. Often, the most polluting industries are ones the average consumer has no interaction with. Brands like FASTSIGNS are well known in the business world, but maybe not so much amongst the general public. Printing can be a resource-heavy task, but FASTSIGNS has invested in using as much recycled material as possible and using eco-solvent inks. This isn’t new for FASTSIGNS either; in 2018, a local manager in North Little Rock, Arkansas encouraged people to re-use and re-purpose old signs.

“A big thing we’re trying to combat is single-use plastic,” said Brittany Nichols, general manager of FASTSIGNS North Little Rock, Arkansas. “I thought, ‘let’s change these from a single-use piece of plastic by giving them a longer life and repurposing them’.”

Brands that have no obvious environmental impact are thinking about what part they can play, too. Little Kickers is an educational football program, designed to teach children from one and a half to seven years old how to play sports in a fun and fair manner while also teaching fundamental skills such as colour and number recognition, taking turns and how to share. The franchise plans to change its kit production process to a more sustainable one, reducing its impact and any concerns parents may have over the brand’s commitment to sustainability. “This will involve us shifting our current production of over 125,000 football kits and other merchandise away from petrochemical-based fabrics – which is the norm in the industry – to using fabrics made out of recycled plastic from the ocean,” said Christine Kelly, founder of Little Kickers. “Once our Little Kickers have finished with their uniforms, they will then be delivered to young footballers in developing countries through a partnership with Sal’s Shoes, which further enhances the sustainability of the programme. Since children of Little Kickers age are the cohort who will be most affected by climate change, we feel the need to do everything we can to minimise our impact on the environment.”

These two very different brands represent the sea-change taking place in the business world, and franchising is not insulated from it, nor does it want to be. Sustainability is there to reduce the effect on the planet, but can also represent commercial opportunities for businesses that seek to address the issue.

The impact of ongoing climate change will cause significant problems to the world and people in vulnerable areas, which alone is a threat to business.

The other threat comes from brand image and being seen to not care about the planet and the people who reel from the effects of climate change. This is a simultaneously immediate and long-term threat.

While the majority of the current generation of consumers do not place too much stock in sustainability, the generations to come consider it amongst, if not the single most important issue in their lives.

It’s not feasible to stay away from this issue. Brands must double down on sustainability initiatives and constantly innovate new ones to both reduce their impact on the planet and convince consumers that they are a brand that cares.

Raghav Patel is a digital content writer for Global Franchise.