What the Thorntons store closure news highlights for franchisees 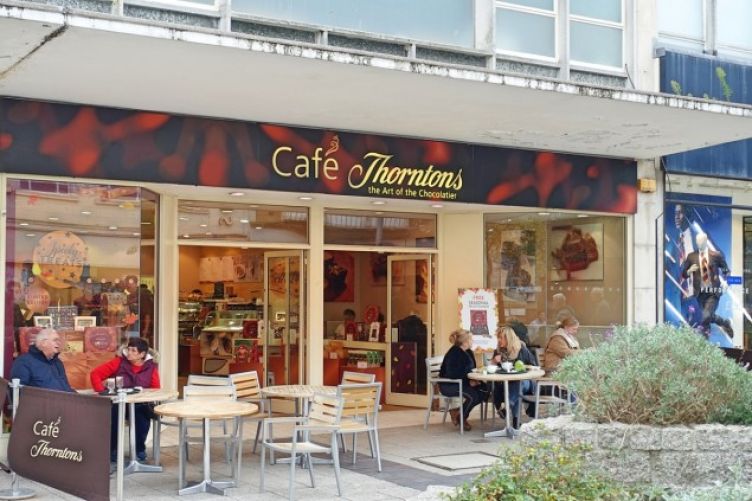 The chocolate maker’s decision to shut all its company-owned outlets has caused consternation among its franchise network and highlighted a number of potential issues for franchisees, according to Martin John

Sadly, it’s not uncommon in the current climate to read that retail outlets are to close permanently; newspaper front pages have been filled with household names that are to disappear from the high street scene.

Recently, the announcement that Thorntons the chocolate maker had decided to close its 61 stores caused further consternation, not least among the company’s franchisees and their employees.

Thorntons, bought by Ferrero in 2015, had to clarify that the stores that are to close - with the loss of about 600 jobs - are Thorntons’ own retail outlets, not the franchises that are often run in businesses with wider offerings, such as groceries or gifts.

Selling through alternative channels
Interest in, and take up of franchises generally has significantly increased in the past 18 months.

This serves as a timely reminder to existing and prospective franchisees to ensure they understand exactly what rights the franchisor reserves to itself in the franchise agreement, particularly in relation to the use of other sales channels.

Like many retailers, Thorntons’ plans have been severely hit by the pandemic. It’s likely to see its future in online sales and sales through the large supermarket chains. Significant sales are already achieved in this manner.

In its franchise literature, Thorntons and other brands inform potential franchisees that they will continue to sell through other channels, but often give assurances they will not compete directly within a defined area.

It’s important for franchisees to understand how their investment in a particular franchise opportunity will be protected.

It may be a reasonable expectation that the franchisor will not devalue the franchised business, but the terms of the franchise agreement may state otherwise. It may be perfectly legitimate for the franchisor to sell the same products at a local garage or supermarket and, most prevalent, online.

Pricing is inextricably linked to this: if the sole source of supply for the franchisee is contractually (or in practice) the franchisor, the prices will be those set by the franchisor. The franchisee should be clear how those prices are determined and the extent to which they can be altered.

The franchisor may also impose a minimum price for the sale of the same products by the franchisee.

The franchisee should seek reassurance that both the prices it’s obliged to pay the franchisor for the products and the minimum prices at which it is obliged to sell are the same for every retail agency for those products.

Changes to the retail landscape: grounds for termination?
Statistics suggest the generic landscape has fundamentally and irreversibly changed for retail outlets, whether high street or in shopping centres and retail parks.

The pandemic may have accelerated the trend towards online sales and closures (particularly of chain stores), which was already reflecting a change in the preferences of consumers. Franchisors and franchisees must respond to these changes to protect the investment made by them in any brand and business.

It would surely be for the benefit of both franchisor and franchisee - and for the value of a brand as a whole - if a significant adverse effect on the value of a franchise due to a reduction in sales/revenue enabled a franchisee to write off the investment it had already made and terminate the relationship without further financial consequences.

In the absence of such obligations, the franchisee should consider from the outset whether they may be able to determine the relationship due to a significant reduction in revenue. Where the franchisor has been transparent about its overall sales plans, a prospective franchisee should explore this possibility.

There are numerous other provisions in a franchise agreement that must be carefully considered, even if the franchisor states that no changes can be made.

I have also not addressed the potential competition law principles that may apply to geographical and other restrictions. However, the comments above highlight the provisions that are important, particularly in the changing markets.

The author
Martin John is corporate partner at JMW Solicitors. He advises on mergers and acquisitions, as well as development joint ventures, subscription and shareholder agreements and commercial agreements relating to branding, international franchising and cross-border trade and distribution arrangements.

Start your own Get Ahead franchise

Send a free enquiry to Get Ahead for further information!