Why new franchisors can thrive because of coronavirus 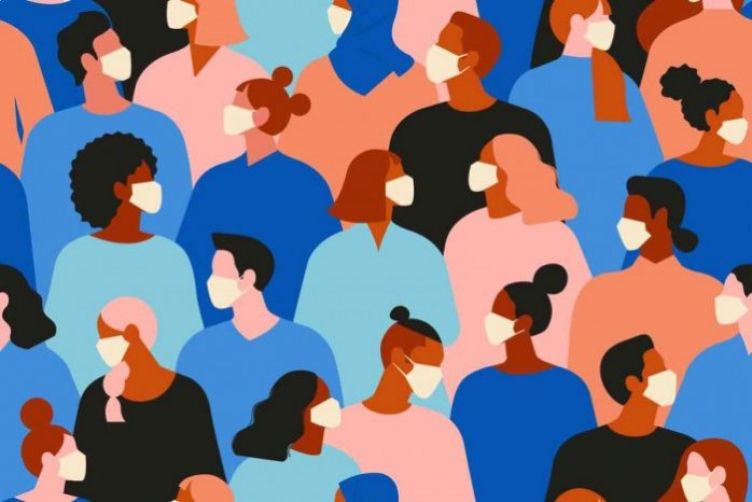 Right now is the best time to franchise your business

To all you new franchisors, I have a simple message backed up by some facts from history: Don’t delay to launch a franchise.

Here’s some evidence from previous recessions and FTSE crashes as to what happened once the dust settled. If history is a guide, then Coronavirus might just make 2020 the best year ever for new franchisors. This might seem odd, but read on.

There are advantages to being in my mid-fifties. True, there are some disadvantages too, but let’s not dwell on those. However, from a franchising perspective there’s not a lot I haven’t experienced since 1993. As a relative whippersnapper still in my 20s, I joined the family greeting card firm, Appletree Cottage.

If like me you were around in the early 1990s, you might remember that a recession had just happened. Companies reported that their phones literally stopped ringing overnight. The FTSE tanked. Franchisors who had established franchise networks struggled.

But, and crucially for new franchisors of today, those brands that had just launched a franchise network timed it to perfection, often without realising what they’d done because bumper years followed.

A lot of those people who previously had stable jobs lost them. Companies went bust. Those who were easy redundancy targets got their redundancy letters. Some businesses went under. Where did they all go? A lot ended up in the franchise industry and myself and many other franchisors at that time enjoyed a field day.

It lasted for several years after the recession. People’s memories of being displaced by their bosses or companies going under outlasted the dip. Fuelled on by the experience, the desire for self-employment was high and we got busy. Real busy.

We went on to establish three national franchise brands in retail supply. After 10 years, we had over 10,000 shops stocking our products, all looked after by a small army of franchisees. As is often the case with successful domestic brands, our success also allowed us to franchise overseas too. I have fond memories of sitting in cafes in Tenerife meeting our franchisees.

The next time the stock market crashed was during the credit crunch in the early 2000s. By now though we had sold our retail supply network, luckily just before things really started to hurt.

It was fortunate timing, but we did see the writing on the wall and got out with a great pay day. Shortly afterwards, I launched my career as a franchise consultant and straight after that downturn the franchise industry sparked into life again. I was recruiting for Concept Building Solutions and we were selling franchises for fun. It was the fastest growing white collar franchise for a time.

I lost count of the number of professional people who just wanted to be more in control of their own destiny. They’d had enough of being bumped from one role to another by previous employers. Many felt they were too old to find a new job. They didn’t want another redundancy and as we all know the franchise industry welcomes experience that comes with age. The average age of new franchisees is still late forties - a lot are in their fifties.

It was a great period to be selling franchises and we were riding an upturn in the economy and people’s outlook. After the credit crunch, new franchisors flourished

Then came the credit crunch of 2007 and that was a big economic downturn. Where was I then? I’d just sold a consultancy called Franchise Pro. Following 2007, there was pressure for second incomes to be earned in households, either part-time or as a side gig (as it’s now called), but one that would fit in around family life, as most second incomes have to do.

With the previous recession still in people’s minds, I launched a franchise brand designed for that very situation. It was aimed at working mums and hired out linen for weddings and provided other styling elements for hire.

Within a few years, our national franchise network of 40-plus franchisees - all women - we’re doing 4,000-5,000 weddings between them. We literally lost count of how many we did. Plenty of other franchisors grew quickly at that time too.

Our wedding company was a great success and a market-leading brand, but only because I launched it as a franchise and because it was straight off the back of the credit crunch a lot of latent demand flooded in.

So here we are again with another economic shock. It’s different, but kind of the same for franchisors.

I’m personally excited for our franchise clients because they are all in the business of recruiting franchisees. If they’d all got a full network already, they would be at the mercy of the economy, the same as everyone else. But as a franchisor about to recruit a network, it’s time to get ready to make hay while the sun is shining. Set out your stall right now and get ready. History has proved that the period following a recession is great for new franchisors.

My message to you is ride this current negative wave out. Use it as an opportunity to get all your new franchise ducks in a row. Get yourself in pole position and then give it both barrels from the first moment of recovery.

What I wish I’d known

One thing’s for sure, I wish I’d met someone like me in 1993 because that person would have saved my family a huge amount of time, problems, costs and ‘franchisey’ type struggles. I learnt a huge amount from my dad before he retired. He’s been a great business mentor, but his background wasn’t in franchising either.

It’s what you don’t know that counts

When I launched Lime Licensing Group in 2007, I wanted the company to specialise in bringing new franchisors to market. That’s still true today.

The value of what our franchise consultants can bring is huge. There’s a specific route to navigate in this current climate. See it as a pathway through the jungle. Would you go alone into the jungle or would you take a guide with you? I’d do the latter. I don’t think there’s anyone better than Lime Licensing to guide you, because we have literally been there and done it.

Coronavirus is the cause, but the symptoms for the economy are the same. There is an amazing moment around the corner for all new franchisors and those who are building networks too. Speak to us about how to get in position right now. Don’t miss what’s around the corner, it’s coming and you need to be ready for it.

Now that I’ve shared this with you, don’t let the ship sail away without your brand being on board. History repeats itself, so get your franchise offer ready now. In fact, do it with or without our help.

I’d rather we didn’t have the virus around, but you’ve got to plan ahead in business. It takes eight weeks or so for new franchisors to launch their franchise. That is if you’re going to do it properly. We at Lime Licensing and all our clients will be ready. What about you?