Why You Should Take The Prospect Franchisee Certificate 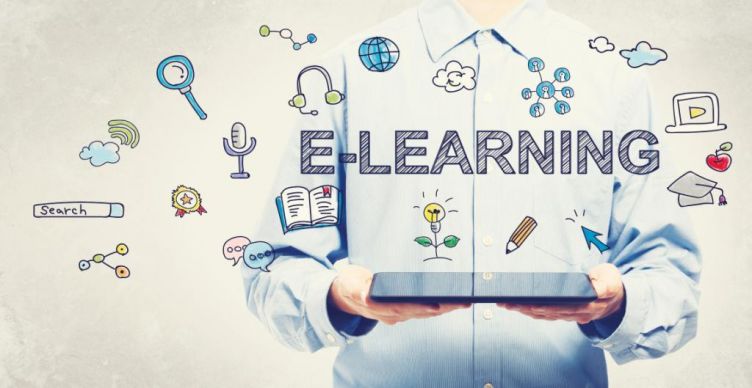 Aspiring franchisees have much to gain from taking the Prospect Franchisee Certificate course, Linda Whitney says

Would you be more - or less - likely to apply for a franchise if it required a certificate to do so?

The Prospect Franchisee Certificate, launched in October 2016 by the British Franchise Association and Lloyds Bank, is designed to provide potential franchisees with an overview of the franchise industry, including guidance on evaluating franchise opportunities, business management, financial understanding and legal considerations.

Pip Wilkins, bfa chief executive, says: “We have had a fantastic uptake of the Prospect Franchisee Certificate so far and we’re still in the process of launching it with our members.”

The bfa clearly hopes that its member franchisors will make the PFC part of the recruitment process and is developing case studies with some members to highlight the benefits.

Pip says: “The PFC is a great way for franchisors to assess the calibre of their prospective franchisees from the outset and by implementing it as part of their recruitment process it will ensure all their new franchisees have a solid understanding of all areas of the franchise process.”

The free course consists of 13 video modules available online (see bfa. trainme.tv or access it via www.thebfa. org/pfc). Each module concludes with an assessment, which must be passed with a mark of 100 per cent before the certificate can be achieved.

If you fail a module more than three times in one day, you can retake it the following day. There’s no time limit on completing the course and you can take it as many times as you wish.

There is the implication that having the PFC could help boost potential franchisees’ chances of making successful applications. In fact, the bfa is convinced the course could: “Transform the recruitment process for both parties in a franchise relationship.”

So will franchisors be asking potential franchisees for their PFCs or expecting them to complete the course as part of the recruitment process?

Ken Rostron, from specialist franchise consultancy The Franchise Company, who has helped many franchisors recruit franchisees, says: “When it comes to applicants, there could be a benefit in sorting out the wheat from the chaff.

“Since social media and third party franchisee recruitment websites became the main way franchisees are recruited, there has been a huge surge in enquiries. It’s so easy just to click on a button to express an interest.

We’ve contacted applicants who have forgotten they applied.

“If franchisors made completion of the PFC a condition of application, it could cut down these frivolous applications. But on the other hand, some genuinely interested applicants may decide it’s their money and future and simply go straight to the franchisor without doing the PFC course.

“No one wants to put hurdles in the way of genuine high quality applicants. The jury’s out on this from my point of view. Time will tell.”

Brian Duckett, chairman of franchise consultancy The Franchising Centre, says: “The more educated prospective franchisees are and the more research they have done the better, so if the PFC enables franchisees to ask franchisors more searching questions, that can only be good.”

Will taking the course give potential franchisees the edge over those without a PFC?

Brian says: “There is an element of it being promoted as giving franchisees a better chance of successfully securing a franchise area, though I suspect that ultimately it may not make much difference because franchisors look for much more than a PFC, including attitude, investment and where the applicant lives.”

However, he also points out: “If franchisors require prospective franchisees to take the PFC course and they don’t, then they are not following the recruitment system, which in a sector where following a system is important may be a bad omen.”

He says: “For now, we’re encouraging prospective franchisees to take the PFC and in time we will use their decision to do so as an indication of their focus and ability to follow a system, which is very important when considering a franchise.

“It’s a great way for prospects to show franchisors commitment and understanding of the process. Running any business requires dedication and focus and taking time to study this course demonstrates a candidate’s determination.”

What about banks? Will they start to ask that potential franchisees have a PFC before considering lending?

Richard Holden, head of franchising at course co-creator Lloyds Bank, says: “We are referring every funding applicant to the PFC course, both those at the initial enquiry stage and those who have got to the stage of applying for funding.

“We are not insisting they take it, but we have advised our credit underwriting team about it. They are encouraged that better informed people will be coming through.”

While not demanding that applicants complete the course, it could be an advantage when it comes to borrowing.

Richard says: “The next step would be to look at introducing preferential terms of lending for people who have undertaken the certificate, because they will be better prospects for repaying the loan and thus lower risk borrowers.”

Will other banks be referring applicants to the PFC course? “I suspect not,” Richard says. “They ought to be, but all the video content about funding comes from Lloyds, so I don’t think they will be proactively promoting it.”

So what is a prospective franchisee to do? Answer: take the course. You have nothing to lose and much to gain.

Serious applicants research franchising, the recruitment process and borrowing money anyway. It will add to your understanding of what it takes to become a franchisee at no cost and may impress franchisors and lenders.

The only investment required is some of your own time - and if you can’t spare that, consider whether you are a serious applicant.