5 successful female entrepreneurs we can all learn from 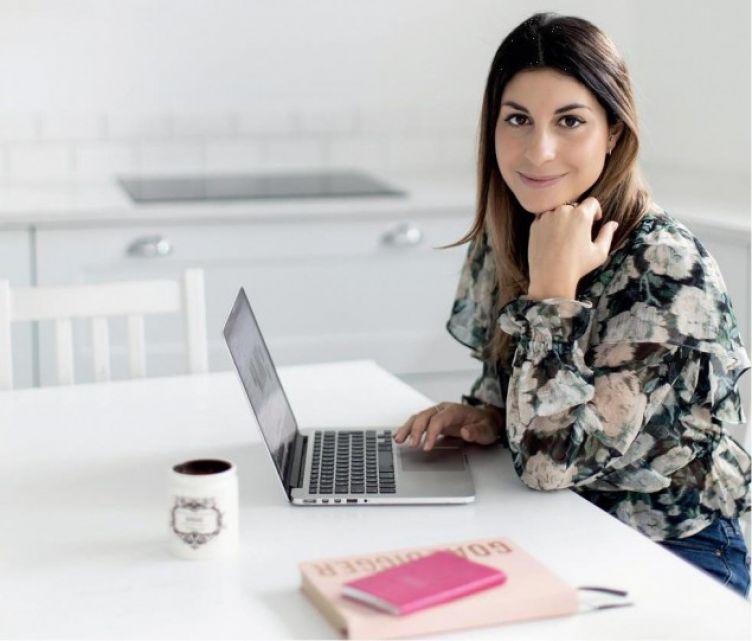 From tech entrepreneurs to lifestyle gurus, Angelica Malin’s pick of inspiring female company founders from around the world show that anything is possible when you believe in yourself and take action to turn your dreams into reality:

1. Whitney Wolfe Herd: the youngest female CEO to take a company public in the US

Whitney founded dating app Bumble in 2014 after leaving Tinder, which she co-founded. She wanted to create a platform where more women have power and control, hence her unique feature of women making the first move on the app.

In February 2021, Whitney became the youngest ever female CEO to take a company public in the US, during which its shares shot up to more than $76 each, meaning Bumble is currently valued at more than $13 billion.

Self-made women like Whitney account for less than five per cent of the world’s 500 biggest fortunes, according to Bloomberg, so it’s no small feat.

The CEO and co-founder of femtech Elvie launched her business in 2013 with the mission to bring women’s technology out of the dark ages.

Elvie is a brand created by women for women and has two signature products that have proved a smash hit globally: the Elvie Pump silent wearable breast pump and the Elvie trainer for pelvic floor training.

Both products have revolutionised the market and broken the taboo surrounding women’s health issues, which mothers often face after childbirth.

Elvie now has over 100 employees in London and New York and in 2019 announced an incredible €37.5 million Series B round of investment, the largest ever raise for a femtech business in history.

3. Anne Boden: awarded an MBE for her services to financial technology

Anne is CEO of Starling Bank, which she founded in 2014 after a 30-year career at some of the world’s best known financial institutions, including Royal Bank of Scotland and Allied Irish Banks.

A trained computer scientist, Anne saw the potential in the banking industry for digital technology and solutions to revolutionise the way people bank. Building an app from scratch, she had a vision to improve banking for all and build Starling into a global brand.

To date, Starling Bank has raised more than £363 million in investment and Anne was awarded an MBE for her services to financial technology in 2018.

4. Marie Forleo: assisting the next wave of entrepreneurs

A marketing expert, Marie is also a thought leader and best-selling author in the US.

Through her website and social media, she reaches over 190,000 people worldwide. Marie’s signature course, the B-School, which has had over 40,000 members join, helps business owners gain clarity on their concept, nail their marketing, boost sales and reach new audiences through expert content.

By hosting podcasts and informational videos on her MarieTV YouTube channel, as well as through free webinars, she’s helping inspire the next wave of entrepreneurs globally.

Marie is an inspirational self-made millionaire who’s featured on the Oprah Super Soul Sunday series and has even given a keynote talk on the floor of the New York Stock Exchange.

An influencer and entrepreneur, Grace has built multiple seven-figure businesses in the fitness and activewear space.

Tala has been a huge hit among young women, with its ethical credentials and flattering designs, making £6 million in revenue since launching last year.

At only 23 years old, Grace has achieved an amazing amount at a young age, using savvy marketing and building a strong personal brand through her Instagram channel, which has over a million followers and by documenting her fitness journey on YouTube.

Make 2021 the year to launch your business

If you’ve been inspired by these female business leaders, why not make 2021 the year to launch your own business?

Angelica’s book, called #SheMadeIt, is a tool kit for female founders in the digital age, giving you all the advice and actionable tips needed to plan, launch and build your own business using the digital tools at your disposal.

Remember, what you create today will have a ripple effect for years to come, so dream big and believe in yourself to build something amazing.