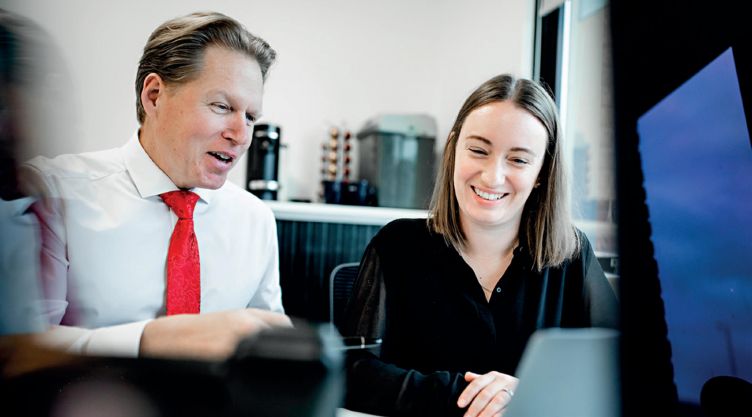 In August 2020, Ian Harford set a shiny new ActionCOACH world record with his second-month income in excess of a staggering £36,000. He’s on track to become one of the fastest-growing franchise partners in the coaching franchise’s history. His secret? He carefully listened to what other franchise partners said they could improve and implemented them in his own business.

Ian says: “As I discovered what successful coaches would do differently if they got the chance to start their business all over again, I applied those aspects to my coaching firm. And it worked.

“I always knew if I followed the model to the letter I’d be heading in the right direction. To smash these targets is a true testament to the ActionCOACH franchise. There’s a reason it’s called a proven system.”

Prior to his record-breaking ways, Ian worked for several small and medium-sized enterprises for over 20 years. When the time came to move on to new pastures, he considered his existing skillset and searched for a way to put it to greater use.

He had a passion for helping people reach their true potential, so when he came across ActionCOACH it was as though all his prayers had been answered. With their proven systems and focus on taking businesses from good to great, he was keen to find out more about the UK’s best-rated business-to-business franchise.

“I arranged a call with Ian Christelow, the UK co-founder, to discuss what the opportunity consisted of,” Ian says. “Right from the very first moment, I felt an instant connection - not just with Ian, but the brand as a whole. Ian is one of the most inspirational business leaders I’ve ever come across and, alongside the fellow franchise partners I met, I knew I would be in safe hands.”

On the starting blocks

In July 2020, Ian was awarded his franchise in Stoke-on-Trent and attended training at ActionCOACH University. Although it was virtual due to the COVID-19 pandemic, any initial apprehensions dissipated from the moment he logged in on the Monday morning.

“The training blew me away from the very beginning,” Ian says. “I’ve got to say, I wasn’t prepared for the sheer amount of information and the extent of the resources available to me.

“I’d consider myself a tactile person, so I wasn’t sure whether I would receive the same experience as other coaches who had their training in-person, but all of my expectations got exceeded.

“On my first day out of training, I was motivated by an 8.00 am call from the UK’s Performance Director, James Vincent, and he convinced me to apply a script I’d learnt in training by contacting three prospective clients immediately.

“Within the space of 20 minutes, I’d arranged three meetings and, two hours later, I’d booked eight more. Receiving this burst of confidence on my first morning boosted my self-esteem and I realised I was more than capable of doing this.”

Ian’s second-month income of £36,000 got his name in ActionCOACH’s record books. Although he far exceeded his initial goals within eight weeks of launching, he is not one to rest on his laurels - this success has only made him hungry for more.

“It’s amazing to be smashing the targets so early on,” Ian says. “I originally planned to grow my monthly income to £18,000 in my first year, so to more than double that within two months felt great.

“ActionCOACH has given me everything I imagined and more. The training, systems and support have instilled in me the confidence to go on and achieve more great results for clients and my own business!”

His tremendous start was a result of matching another ActionCOACH record. In month two, Ian signed nine one-to-one clients, equalling the number set by UK co-founder Julie Wagstaff in 2006.

This record was beaten by fellow franchise partner Kevin Riley in December 2020, who signed 10 new clients in a month. This didn’t dishearten Ian as it gave him, and the rest of the 200-strong network, an even higher target to strive towards.

“For every coach across the country, there is a strong sense of competition,” Ian says. “We actively celebrate one another’s successes, whilst it also gives us goals to work for in our own businesses. Every day, from situations such as this, I experience the true supportive and collaborative nature of the UK team.

“I could never have imagined being part of such a supportive network like ActionCOACH. There’s always an opportunity to learn with the constant updates from the UK support team, from daily seminars to weekly workshops and on-the-go guidance.

“For example, we’ve had guest speakers including world-renowned psychic Uri Geller, international best-seller Jeffrey Gitomer and popular keynote speaker Andrea Waltz. I don’t know of any other company even coming close to the level of influence that ActionCOACH has. And the best part is, it’s all for the benefit of me as a coach and my clients.

“Although we’re still within the first year and establishing the business in the Stoke territory, I’m determined to extend my services and take on the exclusive rights in neighbouring territories. By the end of year three, I plan to have added Stafford, Crewe and Macclesfield to our firm.”

Ian understands the first 18 months of business are about working hard and setting foundations for the future. Although his work diary is full, he can still plan his own personal schedule and enjoy his downtime.

“The work I put in during the initial 12 months will be the most crucial,” Ian says. “It’s about making steady progress and working towards the goals I aim to achieve. I give myself Wednesdays off and enjoy spending time with my wife, Clare, and our three dogs.

“ActionCOACH has given me a completely different lifestyle to what I’ve had before. I’m now searching for the next record I can set my sights on!”

If you want to be influential in helping business owners transform both their lives and businesses and you’re the kind of person who: A. Loves learning and helping people;
B. Has enjoyed success in your career, business or a sport; and
C. Is willing to invest if you see substantial returns can be made…
Then find out more by watching the overview video at actioncoach.co.uk/overview