“There are no downsides to becoming an ActionCOACH franchise partner, as the company delivers exactly what it promises” 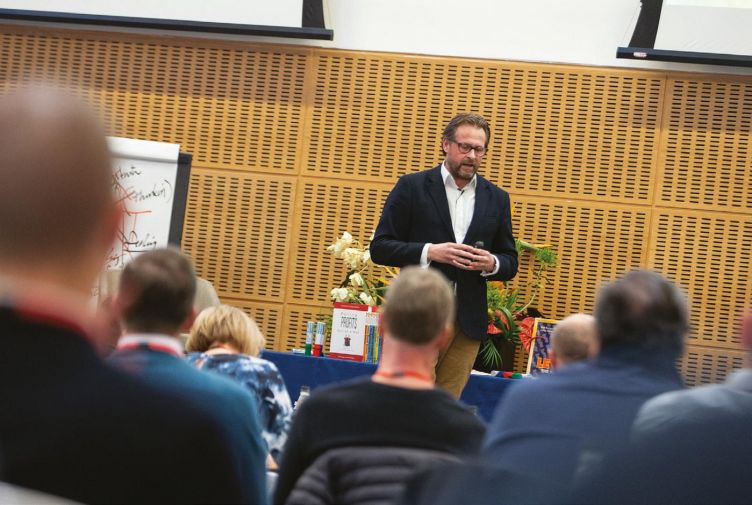 After launching his first franchise in Milton Keynes in February 2019, Mark Dilks saw its potential and opened two further franchises in Bedford and Northampton

In October 2019, Mark Dilks became the fastest franchise partner ever to reach a £30,000 monthly client income.

Having launched his ActionCOACH franchise in Milton Keynes in February 2019, he quickly saw the opportunity and opened two further franchises in Bedford and Northampton. He recalls the people and defining moments that have led to his success over the last 12 months.

Mark explains: “My career took off within large corporates and after five years at ExxonMobil I returned home to the UK to join Goodyear Dunlop as marketing manager. When they funded my MBA at Warwick Business School, it made me consider the next step in my career.

“I was intrigued by the idea of business coaching. I’d been contemplating how I could give SME business owners and solopreneurs the same intellectual competency that bigger companies take for granted to drive their growth. Even though I had the skills and wherewithal to create that myself, it would take a lot of time gathering all the concepts and frameworks into a coherent and systemised service. As I researched ways I could provide an effective business coaching service quicker, I found ActionCOACH.”

Mark attended their discovery day, headed up by Ian Christelow, Co-founder of ActionCOACH UK, and that’s when he knew he had found the solution to his dilemma. Ian spoke about what ActionCOACH offers, the comprehensive training programme, the ongoing support and multiple streams of income - Mark knew he’d found what he was looking for.

After signing his contract and consolidating his funding options, Mark was ready to embark on his training week at ActionCOACH University.

“I was completely blown away by the standard of the training,” he says. “It was much more than I could ever have expected. The quality of the delivery from everyone involved really brought the content to life.

“I received the support and expertise from franchise partner, Andy Hemming, for two days and that was extremely valuable. It demonstrated the real sense of credibility of the ActionCOACH programme and completely exceeded my expectations. I likened it to the quality of education I had received at Warwick Business School during my MBA. The training programme equipped me with the systems, frameworks and tools that would allow me to use my existing skills, but have a much bigger impact for my clients.

“By the fourth day of training, I was so certain I’d made the right decision to join ActionCOACH I put deposits down on two more exclusive territories. I was sure the businesses in the areas surrounding my original territory would benefit from having a local ActionCOACH firm too and I was keen to be the one making a positive difference to those communities.”

ActionCOACH Milton Keynes launched in February 2019. It wasn’t long before Mark had the support from two other coaches in his firm and, while he spent the first three months wrapping up his freelance work, they all focused on a concerted growth push from May. “For the first three months, we got our ducks in a row and created a strategy for approaching clients,” Mark says. “On the last day of June, we signed our first client. The following month we signed nine more, equalling the long-standing ActionCOACH record for new oneto- one coaching clients signed in one month.”

Mark’s Senior Partner licence for Milton Keynes gives him exclusive access to over 10,000 businesses. With his speedy decision to invest in two neighbouring territories, Northampton and Bedford, things went from strength to strength.

“In October 2019, we became the fastest franchise partner to reach a £30,000 monthly client income,” Mark says. “We didn’t really have the time to pause and celebrate - it was business as usual. We moved to a new office in October and now have over 25 clients across one-toone and group coaching sessions.

“The future looks promising too. Our office space has four coaching rooms, plus a separate group coaching space that we’re hoping to make good use of - I want to have 200 people in our group coaching sessions within the next 12 months. The next goal is to achieve a client income of over £80,000 a month by December 2020, making us a £1 million business.

Going above and beyond

When Mark isn’t coaching, his family doesn’t sit still. The flexibility of his ActionCOACH business means they can now spend more precious time together.

“Since launching the business, I’ve been able to achieve a great work-life balance, even though we understood that the first year would be a tough one,” he says. “I worked extremely hard in the beginning and received a lot of support from the ActionCOACH UK support team, especially during those odd times when I needed reassurance that I was heading in the right direction.

“Our Master Coach, James Vincent, could see I was focussed and determined to make a success of the business and provided both practical advice as well as an injection of positive mindset as and when I needed it.

“With ActionCOACH, you get the whole package. I attended a few events before I committed to joining the franchise and kept seeing people achieving these great results and receiving awards for their business and client performance. I would watch in amazement and think: ‘I want to be part of that, but what’s the catch?’.

“I now know there isn’t a catch and it’s exactly what is promised. The people around me are helping bring my vision to life - that’s why it’s successful. I pinch myself when I wake up and have complete gratitude for what I’ve been able to tap into and the business I’ve been able to create.”


If you want to build a business with scalability and longevity and you’re the kind of person who:
A. Loves learning and developing yourself;
B. Has enjoyed success in your career or sport; and
C. Is willing to invest if they see substantial returns can be made…