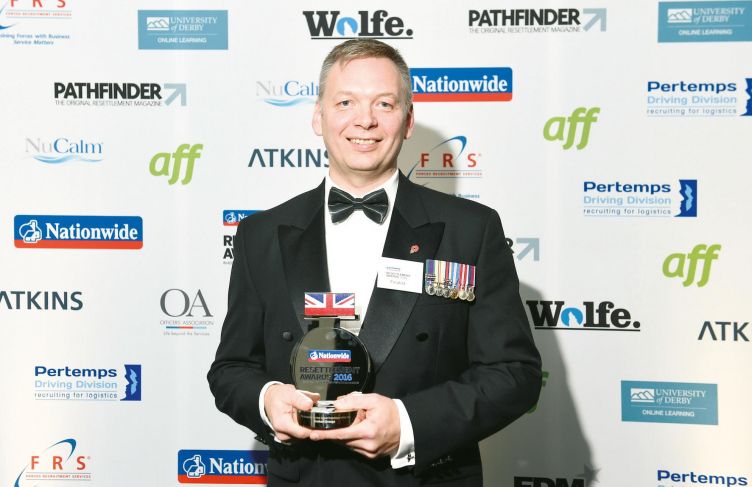 2016 ended with a wave of awards for ActionCOACH. Franchise owner, Shweta Jhajharia, won Female Entrepreneur of the Year and Coach of the Year at The Stevie Awards, the world’s premier business awards.

Created in 2002 to honour the achievements and positive contributions of organisations and working professionals worldwide, The Stevies have become the Oscars of the business world.

ActionCOACH has twice won The Stevie for Best Overall Company in the Business Services category, but this is the first time a franchise owner has been recognised at the annual awards ceremony held in New York City.

Shweta has won many awards because of the success of her ActionCOACH franchise, but she continues to credit her success to her clients: “It’s proof of all the hard work that clients are putting in to make an impact on their own businesses and the work we are doing together.

“It means the world to all of us to win. They are a global benchmark of success and to win not just one but two Stevies shows we are playing a world class game and making a difference out there.”

In the same week, another Londonbased Action Coach, Jamie Goral, achieved national recognition at the UK Startups Awards. Shortlisted from hundreds of entries, there were 52 exceptional finalists from a crosssector of backgrounds and businesses. From food and drink to tech and finance, finalists represented the country’s diverse and thriving start-up community.

Jamie explains: “My clients’ profit growth is typically five times their fees or higher within a year of working with me and I was able to include some fantastic client testimonials and case studies within my award entry.

“By using an Action Coach, one retail client has doubled profits to £2 million in two years, a manufacturing client has grown by 132 per cent and two hairdressing businesses owners have grown by 50 per cent in six months. What’s even more fulfilling is when a business owner can take control of their work-life balance to spend more time with family and friends.”

Former RAF Chief Technician, Graham Orange, had been an Action Coach for less than two years when he scooped the Nationwide Resettlement Award for Service Leaver Franchisee of the Year. Remarkably, ActionCOACH UK only has two franchise owners who joined straight from the military and the other, Steve Gaskell, won the award last year!

He says: “I felt honoured to be nominated as a finalist and felt excited about attending the dinner to celebrate the winners’ accomplishments. Little did I know I would be walking away with the trophy and the biggest smile ever!”

And it wasn’t just ActionCOACH’s franchise owners in the limelight. European CEO Magazine awarded Ian Christelow, Co-founder of ActionCOACH UK, the Business Coaching ‘Entrepreneur of the Year 2016’ for Western Europe.

The magazine explains the motivation behind creating the award: “Entrepreneurs are visionaries who are instrumental in the success of a business. These awards recognise those special traits, which make successful entrepreneurs so inspiring.

“Ian Christelow’s true entrepreneurial spirit made a compelling case for winning this award. He had the vision to invest in ActionCOACH, consolidating the team across the UK. He is seen as a leader and authority in his field and is the driving force behind ActionCOACH’s development.”

Becoming the number one choice

The annual RBS Best Franchise Awards, linked to the survey, has seen ActionCOACH win the UK’s Best Mid-Priced Franchise for the last three years. UK Co-founder Ian Christelow had the honour of being presented with the trophy by Smith & Henderson CEO, Steven Frost, for an unprecedented third time:

“We would like to congratulate ActionCOACH on being recognised the UK’s Best Franchise in the £25k-£99k investment level. This was an extremely competitive category and what makes this award even more special is it is based on feedback from ActionCOACH franchisees, which provided outstanding feedback about the support from ActionCOACH, its leadership and products and services.

“In 2016, for the third successive year, ActionCOACH has been recognised as one of the very best franchise opportunities in the UK.”

Ian concludes: “We’re elated to win a hat-trick of Best UK Franchise Awards. This year the Mid-Priced Category increased to £99k, meaning we were up against the likes of last year’s Best Large Franchise Winner, TaxAssist, and to finish top again is testimony to the work of:

“Tonight is about celebration and tomorrow the challenge begins to make our franchise deliver even more rewards, personal growth and fulfillment for everyone who invests in an ActionCOACH franchise.”

If you’d like to join this award winning team of franchise owners and you:
A. Get a buzz from helping others succeed;
B. Love learning and developing yourself; and
C. Have enjoyed success in your career or sport…
Then find out more by watching the 6 minute overview video at actioncoach.co.uk