It’s not my award, it’s a reflection of our team 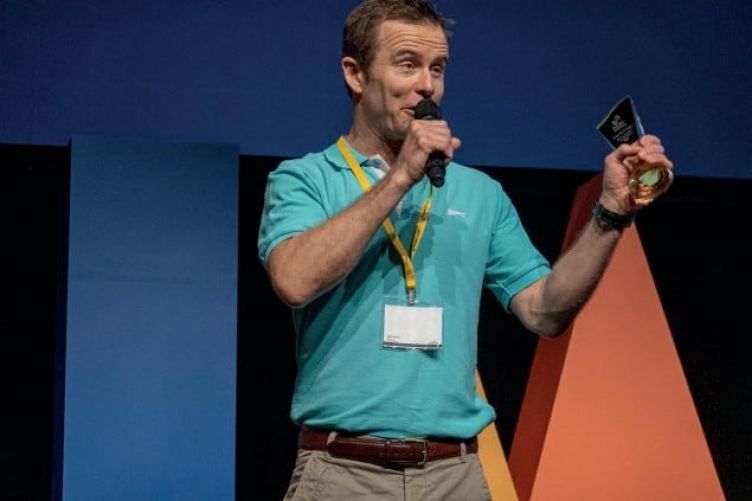 Andy McCreadie has been named Sandler’s Franchisee of the Year for an unprecedented third time following another record year - despite taking Fridays off to spend with his family.

Exeter-based Andy, who previously took home the award in 2011 and 2017, was quick to praise his team, who have been central to his results.

He says: “I was surprised, really chuffed and very proud. It sounds like a cliché, but we’re very much a team in our office. There are eight of us, so it’s not my award, it’s a reflection of our team. They were really pleased and proud too.”

Andy was particularly recognised for the amount he gives back to the Sandler network, sharing his expertise with other franchisees to help drive their business performance. He says that’s down to his own experience when he started out in 2007 and Sandler’s approach generally.

“It’s a big part of the franchise,” Andy says. “When I joined, I had a difficult first couple of years and during that time I got a great deal of help from other franchisees more experienced than me. Without that, I wouldn’t have survived. I don’t forget that. Because that was my experience, that’s what you give in return. And in Sandler, everybody does.

“Now being one of the more mature franchisees in the UK, we’ve become a ‘net giver’. We’ve been around longer, made more mistakes and learned more that we can share with people. I’m just doing exactly what I got when I came into the network.”

He adds that the coronavirus crisis highlights the power of being part of Sandler’s collaborative approach.

“The current situation is a great example, as it’s a traumatic time for every business, including ours,” Andy says. “The amount of information and advice being shared around the network since this started has been huge.

“Constantly, it’s ‘here’s something I’m trying’ or ‘here’s a session I ran with my clients yesterday’. Those are things I can take out to my clients to help them at this time. That all comes from within the network and when you’re on your own that’s something you just don’t have.”

Andy didn’t have to think hard to name the high points from his last 12 months.

“Last March I gave a keynote talk at the Global Sandler Summit,” he explains. “It’s a room of about 1,500 people, so to be on the stage for 45 minutes, with a lot more watching online too, that’s a big deal.

“And having grown my team. I’ve been able to take myself down to four days a week and spend Fridays with my three-year-old daughter, yet in the same year we managed to grow our profit. Working 20 per cent less and having those results is certainly a highlight.”

At a glance Sandler Training

Start your own Sandler Training franchise

Send a free enquiry to Sandler Training for further information!