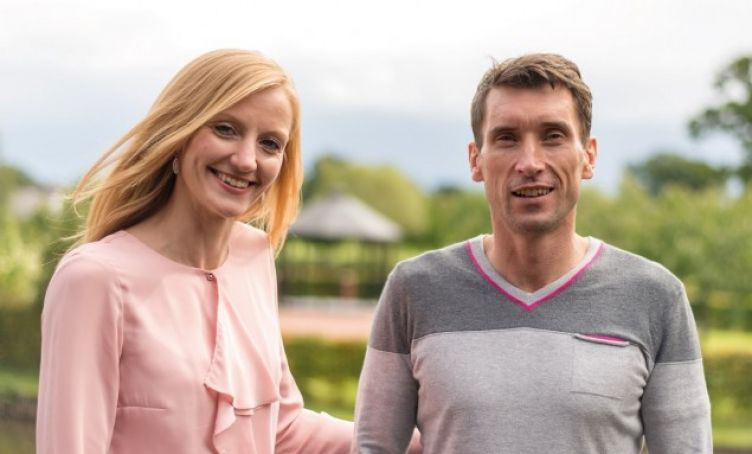 Right at Home franchisee Sam Wright, recently nominated for Encouraging Women into Franchising’s Franchisee of the Year Award, has, along with her husband, built an Outstanding rated homecare business from a career ‘disaster’.

When she was told there was no option to return to her full-time finance role after maternity leave, panic set in.

Sam says: “It was absolutely devastating. I’d just had my first child, so my hormones were everywhere and it had a huge impact on my confidence. I felt if I was any good, they would have wanted to keep me.

“I thought about looking at other roles, but didn’t even consider finance roles because my confidence was so shaken. I slowly came to realise that I had to park that emotion - there was nothing I could do at that time to make myself feel any better.

“The only way I could move forward was to say to myself: ‘Right, I’ve got a chunk of money, I’m going to have to make that work for me. That is going to be my stepping stone.’

“It was all about turning that really awful, negative emotion into something positive.”

Sam and her husband Danny had long discussed running their own business together and now they had an opportunity to do something about it.

“Danny engaged with a company called MatchPoint, who assessed us and came up with business models we should be well suited to,” Sam says.

“When we’d brainstormed what we would like to do, a couple of years previously I was very focused on the care sector. I’d worked in a care home from the age of 16 until I was 22; weekends, summers and university holidays - I absolutely loved it.

“So when MatchPoint came up with Right at Home, I said: ‘That’s the one’.

“We didn’t rush, though. We did our due diligence into other providers and by the time we committed to opening in High Wycombe it was Christmas 2016 - our son Felix was just turning one year old.”

Four and a half years later, Sam and Danny employ 45 people in a business that has an Outstanding rating from the Care Quality Commission.

Last month they broke through the landmark of a £1 million annualised turnover and Sam and her registered manager, Susie Long, were both named as finalists in the national EWiF franchise awards.

With two young children and a care business to run amid a pandemic, Sam and Danny’s lives are still relentless. “But that’s part and parcel of running your own business,” Sam says. “These days I find the work-life balance much easier.

“Susie is really motivated about driving the business onwards. She’s had a fantastic impact since she joined us and I’m so proud of her award nomination.”

So how are Sam’s confidence levels now? She laughs: “There’s a saying that your first million pounds is the hardest and the second is a lot easier and that’s how I’m feeling now - yes elated, but also much more settled about how we can really push forward from here.”