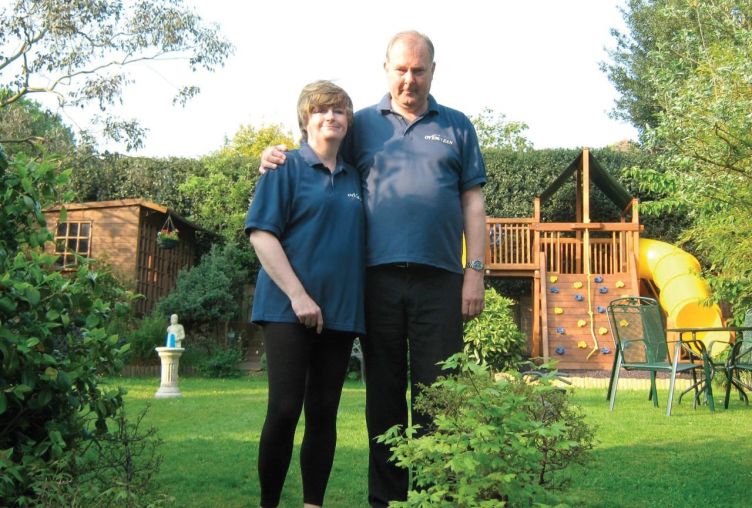 Everything is going swimmingly for Jill and Mark Schmitz, Ovenclean’s husband and wife team, as they look forward to celebrating the 10th anniversary of their business this year. The dynamic duo recently expanded, adding a third territory to their Ovenclean empire and another new employee to their rapidly growing team.

Formerly general manager of a shipping company, Mark hasn’t looked back since joining Ovenclean. “I was in the shipping industry for 28 years,” he says. “The decision to start up my own business was a pretty big gamble for me at that point - I was sacrificing an enormous salary, but on the other hand I was walking away from an equally enormous amount of stress.”

Mark could easily understand the huge market potential for Ovenclean. He explains that while professional cleaning services for domestic ovens were at the time something of a novelty, he found the high profile and strong reputation of the Ovenclean brand delivered a clear competitive edge.

Having worked hard with regular leafleting and local advertising to build awareness of his services, he quickly reaped the rewards. “We were absolutely flat out in the run up to that first Christmas,” Mark recalls. “People had responded to our advertising, recommended us to their friends and, of course, we were also benefiting from leads passed to us from head office.

“Although we had prepared for a quiet period after Christmas, somehow it didn’t happen. We continued to be busy and have been ever since - in short, my big gamble paid off.”

10 years on and the business is continuing to grow, bucking the trend of so many businesses that are struggling in the economic downturn. Mark has an expanding database of over 5,000 regular customers, some of whom have been with him from his first days as a franchisee. “People are very loyal,” he confirms. “Most are regular, long term customers and many have come to us from word of mouth referrals.”

Mark cites the hard work he put in right at the beginning when he was building his business as the main driver behind his success. Initially he worked weekends to build momentum, then invested in a second van and employee to help him cope with the growing demand for his services.

Subsequently, as business continued to flow in, Mark recruited two more employees and added a third van to the operation. Looking back, his only regret is that he didn’t set up a multi-van operation sooner.

“In some ways I wish I had pushed forward before I did,” Mark explains. “The Ovenclean business model provides a really good opportunity to build a management franchise, and as I get older I prefer to be doing less of the physically demanding work and concentrate more on business development.”

For Mark, the Ovenclean brand name, together with a large marketplace, strong support network and Ovenclean’s excellent 100 per cent caustic free system, has been a winning combination.

“Customers love the service and I get paid on the spot, so there’s no cash flow issues either,” he says. “Having the oven cleaned professionally seems to be one of those small luxuries people love and my expansion into a third territory, during tough economic times, demonstrates what a sustainable business model Ovenclean is.”

After a successful 10 years, the Schmitz’s are looking forward to the future with optimism, thanks to the support they get from Ovenclean. “It’s a proven business model backed by superb support from the franchisor,” says Mark. “Growth is largely based on word of mouth recommendation as well as regular marketing, so there’s a real ‘feel good factor’ to the business.”

Mark adds: “My Ovenclean franchise enabled me to walk away after 28 years of pressure and office politics. I’ve relished the freedom of being my own boss, not only do I make a good living, but I get out and about meeting lots of different people and these days I’m home by 3.30pm every day. What could be better than that?”

Ovenclean is the longest established and most successful domestic oven cleaning franchise in the UK, providing specialist oven cleaning services to a large, virtually untapped marketplace. Franchisees operate from professionally liveried vans and benefit from low overheads and high flexibility. The powerful eco-friendly Ovenclean product range effectively cleans ovens and hobs, Agas, ranges and barbecues, restoring them to pristine condition within a matter of a few hours.