Close
Did you know?
Go Media has outlets available across the UK 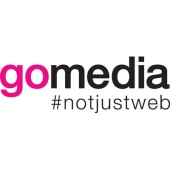 Since it started out as a web-based development company, Go Media has grown into a full-service digital agency, helping clients achieve their marketing potential, offering customers everything from exclusive IT and marketing aids to bespoke eCommerce websites, and several high-value vertical market solutions to improve their business.

Go Media has developed bespoke websites for clients like Morrison Utilities, Warmaway and Featherstone Rovers using its sophisticated Content Management System, which is ideal for secure websites. While websites can be visually stunning, they need to be user-friendly, and the user experience is at the heart of Go Media’s designs.

The changing use of technology — with mobile devices now exceeding desktop computers as the most popular way to access websites — is something Go Media takes into account with its designs, as is how those changes will affect search engine optimisation with tech giants like Google.

The Go Media team has lots of experience in delivering software solutions and websites that integrate with other systems to make its clients’ lives as easy as possible.

Go Media is a member of the Approved Franchise Association (AFA).

Who is behind the Go Media franchise?

The driving force behind Go Media is Paul Norton who has worked in accountancy and sales management with companies dealing with computer components and computer software, holding a number of industry certifications. He was at one time on the Intel Reseller Advisory Board.

In 2003, Norton became MD of Premier IT Consultants, based in Cleckheaton, West Yorkshire, specialising in providing business analysis, infrastructure development, database management, programme management and other products and services. Clients included Leeds Chamber of Commerce, BEST, Auker Rhodes and a host of other SMEs. It was subsequently sold Leeds-based Blue Logic in 2007.

It was with Premier IT that Norton introduced a web department and Go Media expanded into the digital frontier, using Norton’s experience in sales and marketing to deliver bespoke software solutions to companies of all sizes.

Go Media’s team also includes Matt Eland, who worked as senior web developer for the company in 2011-15 before becoming operations director, overseeing the smooth day-to-day running at Go Media’s offices; and finance director Sue Norton, who had a background in the legal profession and in care.

How does the Go Media franchise model work?

Go Media’s cutting edge products are all developed in-house for a wide range of business markets, all of which are only available only through the Go Media franchise team.

There are no royalties or fixed marketing charges and a franchise fee of only £25,000 (plus VAT).

For the fee, there is no restrictions or limits to where you can operate — Go Media is not a “postcode franchise” and does not want to limit what a franchisee can earn.

Is financial aid available for a Go Media franchise?

Go Media have said that they have a low cost, unsecured finance package for 100 per cent of the cost of the franchise fee. Financial aid is also available through third parties.

What support and training does Go Media offer franchisees?

The Go Media franchise includes five days of intensive training to make sure a franchise can be up and running as quickly as possible. Franchises have direct access to Go Media’s designers, web technicians and other specialists.

Go Media offers full marketing and social media support for six months, including telesales, email marketing and Google Adwords which will generate leads for the franchisee.

Franchisees will get their own Go Media online presence, branded stationery and marketing collateral, a mobile phone, and one-year membership of Business Network International (BNI) and 240-days membership to 4Networking to help franchisees build their client network.

Did you know?
Go Media has outlets available across the UK

What are the potential rewards and profits to be made by running a Go Media franchise?

Go Media states that the expected net profit of a new franchise should be over £50,000 in its first year. Beyond that, top earners will be earning £120,000 plus per annum. There is a generous bonus rebate scheme for overachievers.

What is Go Media looking for in a franchisee?

Go Media is not looking for “techies” — quite the opposite, in fact. Go Media is looking for franchisees who are good at networking and building relationships with companies, have great business to business and negotiation skills and want to work in a technology-led franchise in which someone else deals with the mechanics involved in fulfilling a
client’s requirements, leaving the franchisee to concentrate on revenue-generating work.

A background in sales or marketing would be preferable, but, most importantly, a potential franchisee must be a people person.

Are there any existing Go Media franchises available for sale?

Retirement or relocation can mean that a fully-formed business franchise with existing customers may come onto the market. Anyone interested in purchasing an existing Go Media franchise in a specific territory are advised to get in touch with Go Media to find out if a location is available for sale as an existing business or as a new location.

Internet-related franchises are currently a popular option among franchise seekers as they can usually be run from home, saving a substantial amount in costs compared to leasing expensive office space. Some consider this type of franchise a lifestyle business, attracting those who wish to escape the traditional office hours.

Two-thirds of adults say the internet is an essential part of their life, with one in five adults spending more than 50 hours a week online — women more than men. The way adults access the internet has changed in the past decade. 72 per cent of people now access the internet on their smartphone compared to only 20 per cent in 2008. The average time spent online is two hours 28 minutes — rising to three hours 14 minutes among 18 to 24-year-olds. People are accessing 69 per cent of their media on smartphones these
days.

Search engines drive 93 per cent of all website traffic. Search engine optimisation is vital, as only seven per cent of people will ever look at the third page of search results and 18 per cent of all local searches lead to a sale within a day. Website quality is vital: 57 per cent of mobile users will not recommend a business if their mobile website is poorly designed or unresponsive.

The UK ad revenue spend on advertising is expected to break £20bn for the first time in 2019, with digital marketing accounting for £12.8bn, up almost 9 per cent on 2017.

Digital now accounts for over 60 per cent of all advertising investment.

How do I start setting up my own Go Media franchise?

Your journey to owning a Go Media franchise can begin with a simple phone call. To find out more, or to request further information on franchising with Go Media, click on the ‘Send Enquiry’ button now.

Send a free enquiry to Go Media for further information!