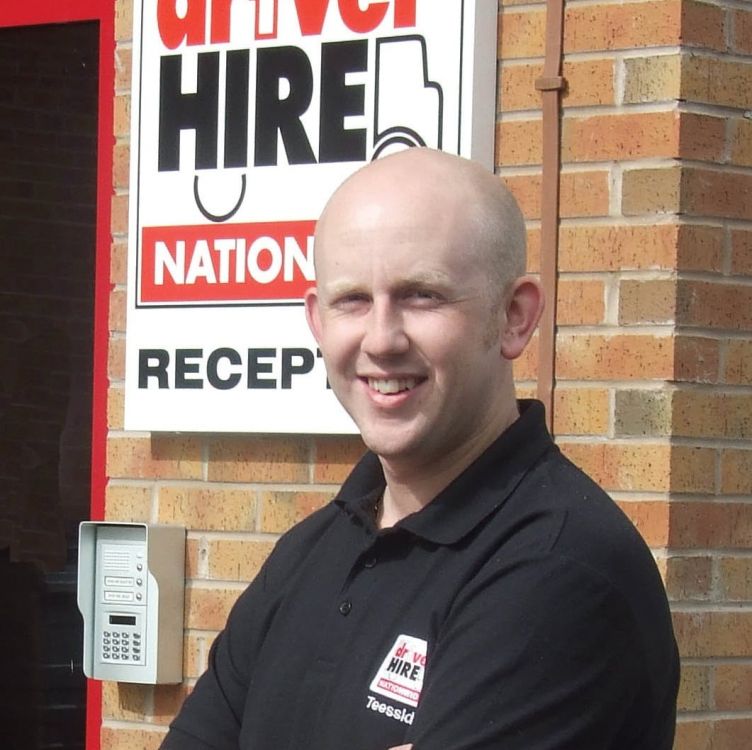 Approaching its 30th year in business, Driver Hire is a leading name in both logistics recruitment and franchising

David Graham has worked in logistics since he was 17. Gaining a degree in logistics, he worked his way up to Home Delivery Compliance Manager for B&Q, where he was responsible for 13 depots across the UK. That’s when he came across Driver Hire.

“I needed a recruitment agency I could count on whenever I needed a temporary driver or someone in the warehouse,” says David. “As a customer, Driver Hire meant quality, compliance and consistency. So when I decided to look for a businessto-business management franchise opportunity I could grow and a franchisor I could trust it seemed the natural choice.”

With 95 franchised offices, Driver Hire is the UK’s largest specialist in its field, providing temporary and permanent drivers and other logistics staff to local and national organisations in both the public and private sector.

David had always wanted to work for himself. “I knew I wanted to start my own business, but I didn’t have my own idea, so going down the franchise route to become self-employed was the answer,” he says. “I contacted Driver Hire’s franchise sales team and they were really helpful and open in describing the next steps - right from day one when I enquired through to the stages of preparing to open.

“After speaking to a number of franchisees, I soon learned that if you follow the Driver Hire model and meet your turnover targets it’s a very lucrative business. It can be hard work, but the rewards are far greater and it’s much more satisfying than being an employee.”

When Driver Hire Teesside became available as a resale opportunity it fitted the bill perfectly, as David wanted to invest in an established business so he could draw an income from day one. He also inherited a member of staff who’d worked in the business for 14 years.

“I felt lucky to have such a valued member of the team on board from the start, as not every new franchisee has that luxury,” comments David. “The foundation training from Driver Hire was fundamental in making sure that when I opened the doors as the new franchisee I knew what to expect and what I was doing.”

Buying in to the Driver Hire brand meant David bought a business built upon a proven and successful franchise model. The average sales turnover for the Driver Hire network in 2010/11 was £735,000 - more than double the franchise sector average of £335,000, according to the latest NatWest/ British Franchise Association survey.

“One thing that did catch me out in the early days was how sales oriented the business was - more than I initially expected,” says David. “My Area Development Manager helped me with this and once I’d learned the products inside and out this became so much easier, and now I love it.”

As David discovered, full support - to ensure success - was made available from the start and is an ongoing service. At Driver Hire each franchisee is allocated a postcode territory, while an Area Development Manager helps with business needs such as sales. When specialist advice and support is required, franchisees can call upon the experience of the company’s 50-strong head office team, who provide support in HR, compliance, marketing, invoicing and payroll.

Opening in May 2008, David bought his resale opportunity in the first quarter of a recession. When asked whether he’d do it again knowing what he knows now, David is emphatic: “Absolutely. I started at a difficult time economically, but I’m so glad I did. I’m now self-employed and in control of my own destiny. Now that Driver Hire has opened its first office in Australia, I see this as an opportunity for development - especially as business is booming for Driver Hire Australia.

Opening in May 2008, David bought his resale opportunity in the first quarter of a recession. When asked whether he’d do it again knowing what he knows now, David is emphatic: “Absolutely. I started at a difficult time economically, but I’m so glad I did. I’m now self-employed and in control of my own destiny. Now that Driver Hire has opened its first office in Australia, I see this as an opportunity for development - especially as business is booming for Driver Hire Australia.

“I’d be more than happy to reinvest in a Driver Hire franchise. It’s a brand I believe in. The franchisor support is second to none. Every day is different in this business, which to me is part of the appeal, and I know that when needs must there is someone I can call for help and advice - something I wouldn’t have if I’d set up on my own.”

David adds: “It’s changed my life. I work more now and it’s more important, but work is now an enjoyable part of my life.”