Striving for a top fitness franchise 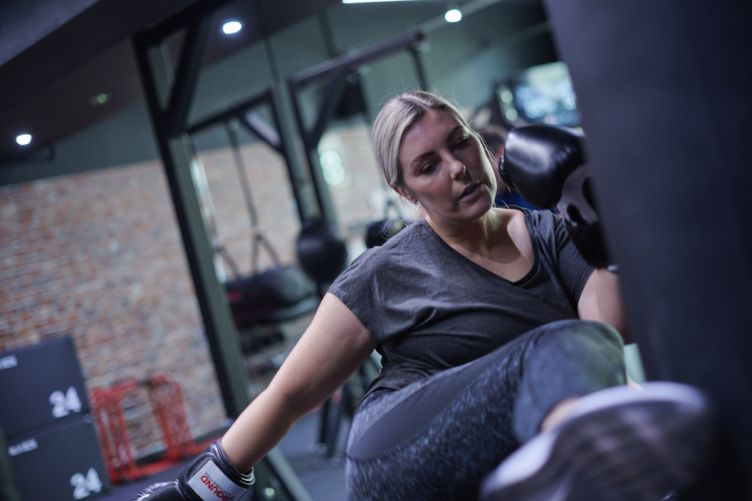 Shannon Hudson was seven years old when he unknowingly offered his parents a glimpse into his future. During a Sunday church service, he and other children were standing at the front of the church to hear a lesson from the teacher. They were asked, “Do you know what a prophet is?” Hudson raised his hand and answered, “It’s the money you’ve got left over after you pay your bills, right?” Laughter erupted in the congregation, but Hudson said his parents knew then that their youngest son was going to be ‘a money and a business guy’.

Today, the 36-year-old entrepreneur is the founder and CEO of 9Round, the world’s fastest-growing kickboxing franchise with 300 locations in eight countries and hundreds more in various stages of development.

9Round’s development was born out of Hudson’s lifelong passion for karate. He had grown up in the martial arts atmosphere, sitting on the side and watching his older brother do karate. When Hudson turned seven years old, he of course wanted to follow in his big brother’s footsteps and do what he was doing.
“The martial arts was becoming increasingly popular in the 1980s, supported by such movies as The Karate Kid, Bloodsport and Kickboxer,” Hudson recalls. “From watching full-contact kickboxing, I got the itch to do it myself. When I turned 18, I started amateur kickboxing. I used to travel all throughout the Southeastern United States. I would fight anybody, anywhere, any weight, I didn’t care – I just loved to compete.”

In 2005, Hudson decided to turn professional and began competing on Chuck Norris’ World Combat League, a team fighting league that Norris had developed. Hudson fought all over the world – in Europe, the United States and Canada – eventually reaching the pinnacle of his lifelong dream in 2011 when he won the International Kickboxing Federation World Light Middleweight World Title, a belt he still holds.

After a lifetime of martial arts and more than 80 professional kickboxing bouts, Hudson was in the best shape of his life, but noticed most of the people around him were not. He wondered how he could take the grueling in-ring workouts and create a non-intimidating, convenient circuit workout format that the average person could enjoy without getting hit.

After much thought, 9Round was born in 2008 after the recently married Hudson maxed out his one credit card with a roughly US$2,500 limit, borrowed money from a friend and did pretty much everything he could to get the first club open. He couldn’t even afford a sign on the building – he just had a banner out there.

“We did not have a formal business plan when we started 9Round. We also did not have a Plan B,” said Hudson. “I believe that’s why we did so well. My wife, Heather, and I just had to make our idea work. We knew it would be organic and hard work, so we put our blinders on and went for it.”
They signed up 100 members in the first month.

“We were surprised by the success – but not too surprised, because again, we knew we were going to make it work no matter what,” he added. In 2009, Hudson decided to use franchising as a growth model and again borrowed money to get the franchise documents completed and take the brand to the next level.

EVERYTHING IS FULL BODY

Taking its cue from boxing and kickboxing, the 9Round programme is developed around a proprietary and copyrighted system of challenging workout stations developed by Hudson himself. The workouts consist of nine, three-minute stations of activities that include cardio, weight training, abdominal exercises and kicks and punches on 100-pound, double-end, upper-cut and speed bags. Members have a 30-second active break between rounds to recover.

There are no class times, trainers are always on site, and routines change daily, giving members a fresh workout every time they come in. “Everything is full body. At one station members might do 10 front kicks on the heavy bag and three push-ups continuously for three minutes. The next day, they might
do 20 hooks and 10 jump squats at that station,” Hudson says. “We bring these things to the average person, so they feel like a real fighter, like they’re doing something Muhammad Ali would have done.”

KNOCKING OUT THE COMPETITION

In the seven years since launching its franchise opportunity, 9Round has kept growing. It now has 300 clubs open in eight countries – including the United States, Canada, Mexico, Australia, New Zealand, England, Saudi Arabia and Jordan – nearly two-thirds (195) of which have opened in the last two years alone.

With development agreements for more than 300 additional locations already signed, 9Round expects to have a total of 1,000 clubs open and operating by 2020.
“Every 100 is a milestone, but 1,000 has a nice ring to it,” said Hudson.

To augment the company’s growth, 9Round continues to seek single and multi-unit franchisees with a desire to break into the multi-billion dollar fitness industry with a highly intriguing franchise model.