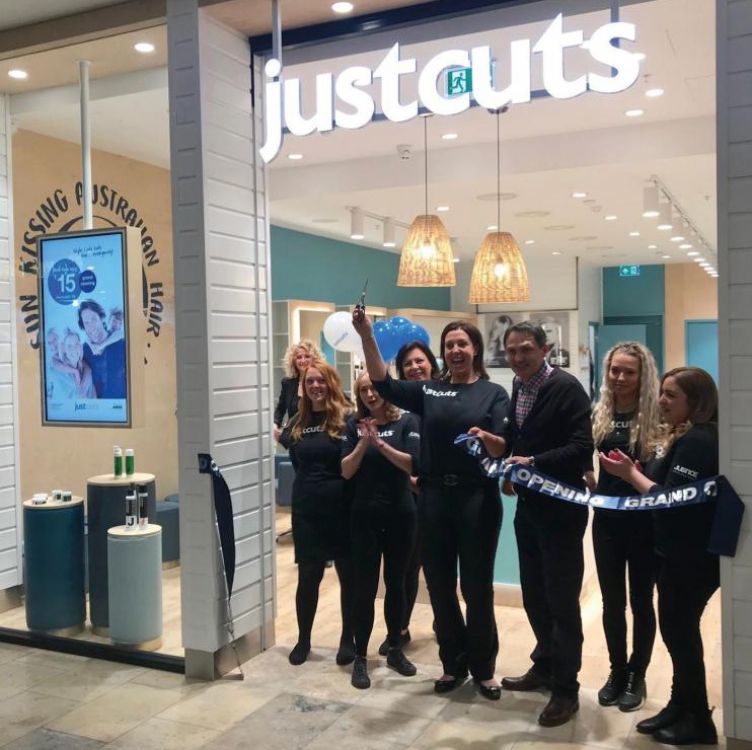 A franchise brand’s first year in a new territory is the most important and, equally, the most uncertain. But with 30 years’ experience behind it, Just Cuts, which was founded in Australia, has had a fantastic start in the UK. After an influx of enquiries from prospective owners and salon fit-outs underway, 2019 is turning out to be a great year for the hair salon franchise.

The buzz started in the 1980s, when Denis McFadden had the idea that customers should be able to benefit from a no appointment, no fuss $6 haircut. After holding a special promotion that proved to be an overwhelming success at his salon in Sydney, he wanted the whole world to get a piece of the action.

Fast forward to the present day and Just Cuts is the largest hairdressing company in the southern hemisphere, with over 200 salons in Australia and New Zealand alone.

Magda Deaconescu was the first UK Just Cuts franchise owner. After spending a few years away from the rat race looking after her two daughters, she decided to take up the challenge of business ownership.

When she realised the scale of the success of her Wandsworth salon, opening a second salon seemed like a no brainer. She now plans to open 15 salons within the next three years.

Magda says: “I was initially interested in becoming a multi-site franchise owner, having seen that regularly happen within the franchise network in Australia. The success of the salon in Wandsworth brought it home for me and I knew I could manage multiple salons through the franchise’s systems.”

Like Magda, you don’t have to be a hairdresser to own a Just Cuts franchise. Despite the company’s success in entering new markets, it continues to keep ahead of the game by developing its franchise system on an ongoing basis.

Franchise owners can manage multiple salons using Just Online, an app that helps you to see, in real-time, exactly how your salon is performing. Even though over half the network own more than one salon, most franchise owners spend around 30 hours a week in the business.

Amber Manning, the UK CEO of Just Cuts, feels privileged to bring the opportunity to the UK.

“For franchise owners, it’s a chance to build a profitable business with great personal satisfaction,” she says. “Our Australian franchise owners feel proud of their businesses and we’re confident that Brits will too.”