“The Platinum business model is based on that lifelong income, with capital growth as an added bonus” 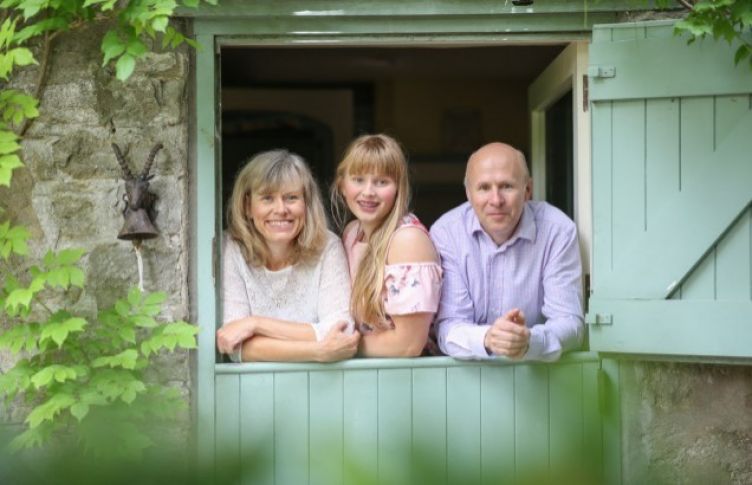 After joining Platinum at the start of the pandemic, Dominic Hegan is already eyeing his third HMO property

When it comes to new best friends, Dominic Hegan is unable to choose just one. In fact, he’s got three – and all of them have one thing in common: Platinum Property Partners. “I joined Platinum in January 2020,” says Dominic, “which was an interesting year to do it!”

A man with a plan
Dominic’s journey with Platinum actually began back in the earlier part of 2019 when he decided to take early retirement from his corporate job and started looking at ways to invest his pension pot and savings.

“My plan was quite straightforward,” he recalls. “I was going to take the tax-free cash out of my pension, use some of my savings and buy some single buy-to-let properties. I already had two buy-to-lets which I thought were giving me a pretty decent return, but your perspective can really change when you learn about the kind of returns you can make from HMOs.”

A great recommendation
Dominic sought advice from a former colleague, Cathy Colston, who he knew had explored a more specialist area of property investment since leaving the corporate rat race behind herself. “I knew Cathy had done a load of property stuff and I thought, ‘before I go and buy some more myself, I’ll give her a call and pick her brains to find out if there’s a better way I could do it’,” he says.

A lunch date followed, where Cathy gave Dominic the lowdown on everything she’d achieved since joining Platinum back in 2011. “I then had a chat with Mike Hedgecox, Platinum’s executive partner, and talked through what the franchise offered so that I wasn’t wasting anyone’s time by attending a Discovery Day,” says Dominic. “Everything Mike said backed up what Cathy had told me, so I went along to a Discovery Day with my wife Lisa in September 2019 to really delve deeper into the franchise model.”

Pushing on as planned
Four months later, the Hegans were fully-fledged Platinum franchise partners – but talk of a new virus sweeping across Europe was already intensifying. “When we attended the Discovery Day, nobody had heard of the word COVID,” recalls Dominic. “We joined in January and had mapped out a really clear plan for the next 10 years, but by March everything was up in the air, to say the least.

“We’d had our purchase mentoring with Mike Dixon and looked at eight houses on the first day and then another four on day two. By the end of day two, we’d decided to buy two houses, went sale agreed and were steaming ahead with our plans.

“But when the lockdown arrived in March, we hadn’t completed on either of them and it was quite a difficult place to be for a while.

“I was thinking, ‘I’ve invested in the franchise, have some really clear plans and know what I’m doing – but can I actually do it now?’

“Moreover, was it the right thing to do, investing more than half a million pounds in property when so many people were saying the bottom was going to fall out of the market?”

Dominic pondered putting his plans on ice for 12 months to watch the pandemic play out, but a further chat with Mike Dixon quickly made him see the bigger picture.

“I had a long chat with Mike,” he recalls, “and I then realised that the whole point of developing HMOs in this way is to provide a long-term income stream, rather than purely capital growth.

“The Platinum business model is based on that lifelong income, with capital growth as an added bonus if you get it, so we decided as soon as the lockdown was lifted, we’d crack on.”

The magic of mentors
Those new best friends quickly became hugely important to Dominic – firstly, Mike Dixon. “We looked at so many houses during our purchase mentoring with Mike,” says Dominic, “and there were three or four that would have worked really well for us.

“Mike’s advice was key and as one of the properties was a really light refurb, he suggested that we go with an HMO mortgage on that one right away, meaning we could actually buy another for cash at the same time.”

Next up was refurb mentor Kim Thorogood. “I think Kim probably got to the point where she dreaded seeing my number flash up on her phone,” laughs Dominic. “I had all sorts of questions about the refurbs that I should probably have known the answer to, but I didn’t. You learn very quickly from people like Kim, though, and I almost feel I could do the next house solo.”

Both of Dominic’s houses were completed and styled using Platinum Power Team member Hedgehog Studios, and ready to launch in September 2020 – quite an achievement in the year of COVID.

“Hedgehog did the design and fit-out and then did a photo shoot for us at the first house – within two weeks of the rooms going on Spareroom, we’d let every one of them,” smiles Dominic.

“Our final tenant at the second house moved in during November, so we had 100 per cent occupancy from November – 12 rooms, across two houses, bringing in a return that’s well in the upper end of double figures.”

“It doesn’t matter how well you choose a house and how well you refurb it if you can’t tenant it,” says Dominic. “And that’s where having a lettings advisor like Rachel Lewis is worth its weight in gold.

“I had two buy-to-lets already, so I had some experience of renting out property, but Rachel made sure we did everything absolutely perfectly and professionally, mitigating risk and finding the right tenants, to getting all the paperwork right legally – which is far more complicated with HMOs and one of the major reasons why we joined Platinum because you get that extra attention to detail to ensure you stay legally compliant.

“Rachel became my new best friend after Kim and Mike!

“But in all seriousness, I spent 35 years in the service industry, leading teams to deliver the best service I thought was possible.

“As a result, I’ve got really huge expectations, but I can honestly say everything we’ve received since joining Platinum has exceeded those expectations – even in the middle of the pandemic.”