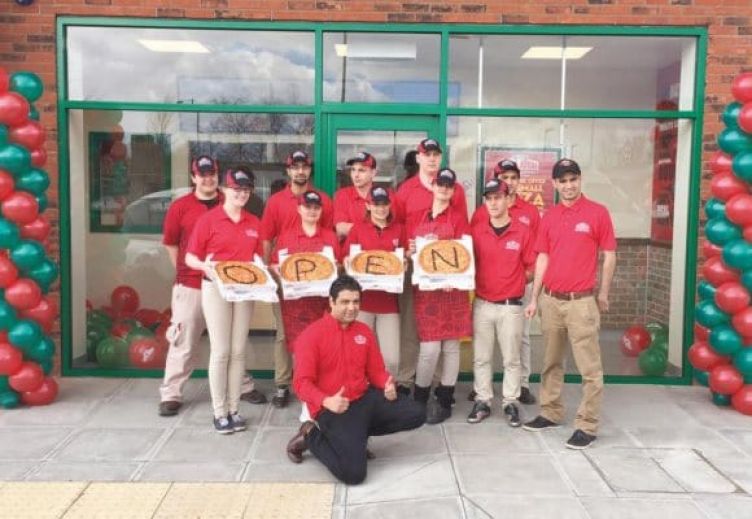 The Papa John’s concept of ‘Better ingredients. Better Pizza’ continues to prove popular and there are now more than 350 Papa John’s in the UK and over 5,000 stores in more than 40 international markets.

Umar first moved to Wales in 2014 after completing an MBA at Carlisle. He says: “Llanelli is the largest town in Carmarthenshire, so is a fantastic location for us.

“The local community were really friendly and particularly welcoming. Right from the outset, when I first opened in Swansea, people were enthusiastic to try Papa John’s.

“Now we get so many repeat customers across our stores, which has been the inspiration to expand throughout the region.

“As my Papa John’s portfolio of franchised outlets has grown, I have been helped by the company’s franchisee incentive scheme, which is designed to assist when opening up new stores.

“It offers a few key ingredients, including some free equipment, reduction in royalty fees and assistance with marketing. It makes for a recipe for success during those first few critical months of trading.

“Llanelli has been really busy since opening, so I may be on the lookout for more suitable locations in Wales where I can put Papa John’s on the menu very soon.”