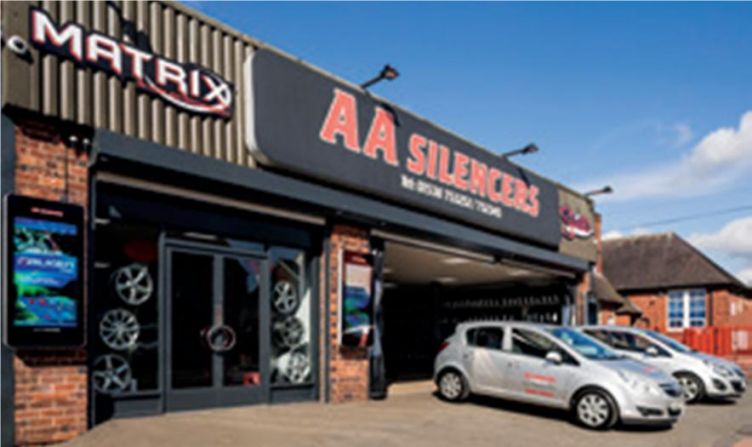 Prior to launching his FASTSIGNS business, Richard Wedgwood was an international sales director for a ceramics company, where he sold food service products to superior hotels.

His sales leadership role afforded him a ‘glamourous’ jet-set lifestyle, where he would travel around America, Canada, the Middle East and Australia selling the finest ceramics.

While he loved his job and the perks of the lifestyle, Richard realised he was exhausted, missing out on spending time with his family and not pursuing his lifelong goal of working for himself.

He says: “I put everything into my job and lived a fast-paced lifestyle for more than 12 years, but ultimately hotel living lost its charm. I realised I no longer wished to operate in this way and began to consider other opportunities.”

That opportunity came in the form of an attractive redundancy offer in 2009. While taking some time away from employment to decide on what the future held, Richard visited friends in the US and Canada.

While there, he discovered the franchising opportunities these countries had to offer. He identified that franchising offered a proven business model, providing a low risk opportunity to start his own business in virtually any sector.

Unaware of the franchising opportunities in the UK and having found out so much about franchising in the Americas, Richard planned to emigrate to Canada to start both a new life and a franchised business there. However, he chose to remain in the UK and began to work with a company that connected franchise brands to potential franchisees.

It was this company that told him about FASTSIGNS, an American franchise business operating in the UK that provides signs and visual graphics to local business communities.

In 2010, Richard began his franchise journey by attending the FASTSIGNS Foundations training course prior to the launch of his centre. He says the training he received as the centre owner was invaluable.

“My role is often incredibly varied,” Richard adds. “I can be trouble shooting machinery one moment, involved in customer sales or dealing with finances. Not only did I gain an excellent overview of the business, from FASTSIGNS perspective, I’ve also developed a wide ranging array of new skills.”

When FASTSIGNS Manchester first launched, Richard knew he wanted to see quick growth. In order to do this, he followed the FASTSIGNS model as closely as possible, making use of all the systems the company had developed over its 33-year history.

As a result, FASTSIGNS Manchester has achieved year on year growth and in 2016 Richard relocated his centre to a 5,500 square foot, purpose built facility and invested in the latest signage technology and equipment.

He believes the investment will allow him and his team to fulfil and exceed their customers’ expectations, experience more rapid expansion in capabilities and has firmly positioned his centre as one of the top five sales turnover centres in the UK.