Close
Did you know?
Driver Hire is eligible for funding support! 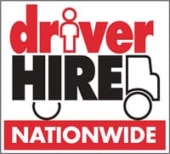 Driver Hire: the top UK franchise in 2019, according to the bfa HSBC Franchisor of the Year Awards

Winners of the 2019 bfa HSBC Franchise Awards have been announced

The 32nd instalment of the awards remains the pinnacle of showcasing the very best in franchising. read more

The team finalised an agreement with Team Knowhow, the services division of electrical and telecoms retailer Dixons Carphone. read more

Diane Maxwell, who along with her brother Danny is joint owner of Driver Hire’s Belfast office, was crowned Franchisee of the Year. read more