Close
Did you know?
Snap-on Tools is eligible for funding support! 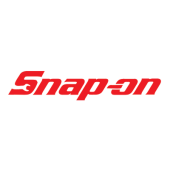 The tool giant is also a finalist in the bfa HSBC British Franchise Awards 2020. read more

Snap-on’s national network gets back to business

"Snap-on supported me in the process of bringing my second van back from furlough with sound guidance – yet another benefit of being part of the franchise,” says franchisee Dan Morley. read more

The brand has added 12 new franchisees to its 400-plus strong nationwide network in the last three months. read more