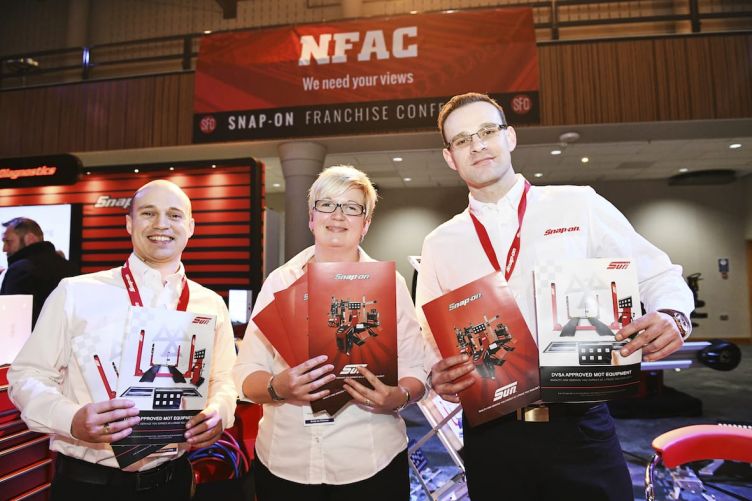 Determined to open the opportunity up to a wider audience and promote a selection of prime UK territories, prospective franchisees can now join the tool giant for less than £12,000.

Lisa Law, Snap-on’s national franchise manager, says: “Usual business start-up costs are £24,143, but for a limited time prospects only need to pay £11,755 and then Snap-on will fund the rest.

“We know lots of people who have always wanted to be their own boss, but sometimes they’ve found the start-up costs that little bit too high. We’re giving prospects this amazing special deal to help them get started with their very own Snap-on franchise.”

The brand has confirmed that everything else about the van-based franchise stays the same, meaning that franchisees signing up under the new deal will still receive full training, both in the UK and US, as well as a lifetime of support in all areas of the franchise.

The new initiative covers a selection of areas of the UK and is conditional on franchises being launched by June 2019.

“Obviously, this offer can’t stay around forever,” Lisa says. “I’m confident it will get snapped up pretty quickly and once it’s gone, it’s gone.

“I think many people often assume, because we have such a large franchise network now, that they’ve missed their chance or that there won’t be a territory available near them.

“So this offer is for those people and anyone else who once had a dream of business ownership, but thought they’d missed the boat.”