The Total Cost Of Buying A Franchise 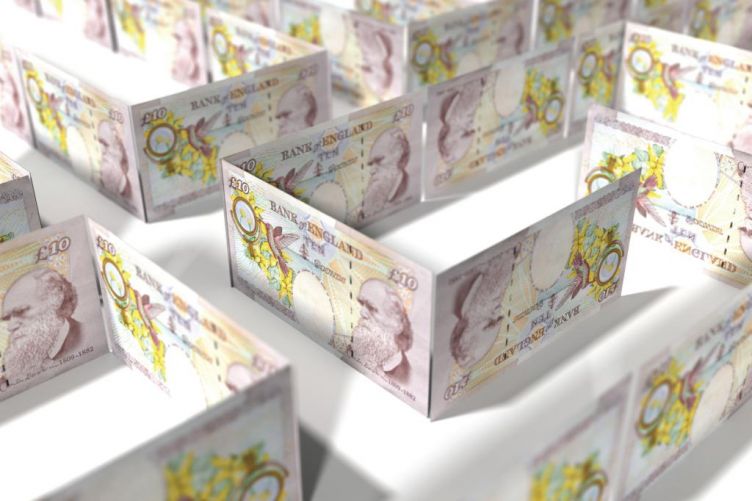 Thinking of buying a franchise? Do you know how much it will cost you? If the first sum that comes to mind is the headline fee quoted by many franchises, be prepared for a surprise - chances are, it will cost you a lot more than that. Many franchise advertisements, in print or online, focus on just the franchise fee alone or the sum franchisees have to provide in order to then borrow the other two thirds of the overall cost of getting started.

In fact, there’s much more to pay than this, but many aspiring franchisees don’t realise it.

Stuart Walsh, director of Franchise Finance, which advises on raising funds for franchises, says: “Very few of the potential franchisees who consulted me on our stand at the recent National Franchise Exhibition knew the true cost of the franchise they were considering.

“When I asked how much it was going to cost, the majority answered with only the franchise fee.” This is the initial fee you pay to the franchisor to gain access to its brand and franchise system.

The overwhelming majority of franchisors do not set out deliberately to mislead franchisees about the total franchise cost, but the initial fee is commonly used as a marketing tool - ‘Get started for just £X,000!’. Many aspiring franchisees are misled - often by their own optimism - about the true cost.

Stuart says: “One of the biggest reasons for franchise failure, even with a proven franchise, is shortage of working capital.”

This is the money required to pay the franchisee’s business and household bills until the business gets into profit. If franchisees do not budget for working capital - or the numerous other costs of getting their business underway - they risk going bust.

So what are the real costs?

Before you sign the franchise contract, it’s wise to get it checked by a franchise specialist lawyer, who will produce a report outlining what the contract means for you. Typically, this costs between £400-£1,000.

If you want to ensure your financial plan for the business is sound, getting it checked by a franchise specialist accountant is a good idea. Accountants’ fees vary, so check in advance.

For a list of franchise specialist lawyers and accountancy firms visit the British Franchise Association’s website at www.thebfa.org.

As well as the initial franchise fee - on which you may pay VAT - you will need to pay for a list of other essentials, which vary depending on the nature of the franchise.

This could include premises, fit-out costs, equipment, stock, vehicles (either paid for in full or via a lease), staff costs, initial launch and marketing costs and a whole range of charges that vary among franchises.

The amount paid is likely to vary from franchisee to franchisee depending on, for instance, premises costs in specific locations.

Find out from the franchisor, before you sign the contract, exactly what charges you will have to pay, so there are no surprises later.

Franchises can take an average of 18 months to two years to generate enough profit to pay you a wage, so you need enough money to keep the business going and to live on in the meantime.

The amount will vary according to the financial demands of the business and your personal financial requirements. It’s tempting to underestimate your personal expenses on the grounds you can scrape by on less than usual while the business gets going, but there is a limit to belt tightening.

If you underestimate the total cost and later run out of money, banks are not likely to bail you out if they consider your forward planning was inadequate.

Stuart says: “In our experience, the bank never opens the purse strings after this.”

Adam Holmes, one of the trio of Revive! franchisees who won the 2016 British Franchise Association/ NatWest Franchisee of the Year Award, says: “10 per cent of our total turnover goes to Revive!

“When you first start and you’re making, say, £3,000 a month, paying them £300 for a package that includes training courses, start-up help, marketing help and support from a dedicated, experienced team whenever you need it is a tremendous bargain.”

However, if you start making big money, it will go up. Some people might resent paying so much, but Adam says: “You have to look at the bigger picture.

“It’s paying for the help we not only get now, but all the help we have had in the past, without which we would not be the successful business we are now.”

Banks will often lend you up to 70 per cent of the total cost of starting up a proven franchise, but that means you’ll face monthly interest payments on your borrowings.

Should franchisors be doing more to fully inform franchisees of the true cost of a franchise?

The British Franchise Association website lists the typical start-up costs and minimum personal investment required for each of its member franchises and specifies what these terms cover.

On the other hand, its section on understanding franchise fees points out: ‘In other media outlets there may not be such precise guidelines, if there are any at all.’

In America, franchises are required by law to give potential franchisees a disclosure document that lists all the costs.

Stuart says: “We may not need that, but we could certainly benefit from more transparency about the costs of franchises, especially about the working capital required.”

So don’t just choose your franchise based on the headline franchise fee alone. Do plenty of research and question franchisors until you are satisfied you know the true likely cost of getting started.

Stuart says: “Franchisees need to get the total investment amount clear in their mind right from the start.”

Start your own Amazon franchise

Send a free enquiry to Amazon for further information!