Do You Have an Exit Strategy? 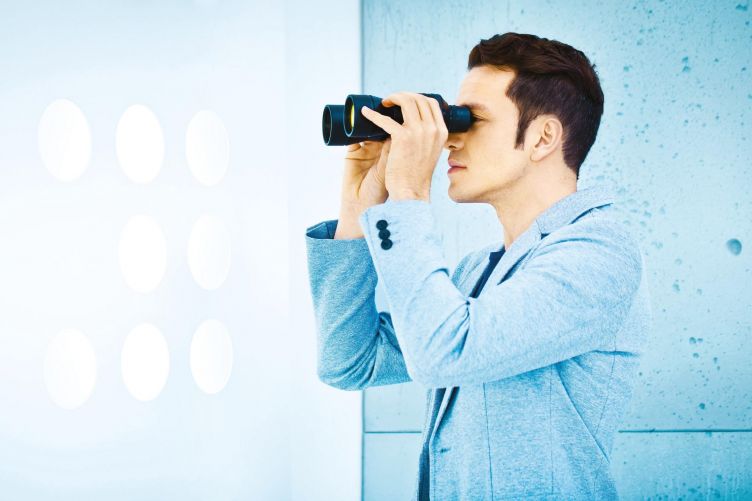 Franchisees should have a clear exit strategy in mind from the beginning of their franchise, Lynne and Dave Lister of X-Press Legal Services say

We all know that life is full of surprises, but we can’t predict with any real certainty what they will be. At best, we can guard against some of the nasty things that might happen to us, but we can’t even begin to think of the huge range of disasters that could be waiting if we are really unlucky.

Many people believe they are safe because they are fortunate to have a secure, well paid job to provide their future security. But what would happen to them and their families if they are made redundant or suddenly become ill? Similar questions arise if they die or decide to realise a long-held ambition to do something different before they get too old.

It’s always sensible to think about the future and put some long-term plans in place that will help to protect you and your family should the need arise. Having your own business is one way to have greater control over your life - it provides the opportunity to make money, not just a salary, offering scope to save and build up reserves.

Franchising offers even more potential security, as it’s a way to be your own boss and develop a business, but without doing it alone. Buying a franchise means being part of an established and successful business that operates a tried and tested system within set parameters and controls and with training, support and guidance from a franchisor.

Many people are attracted to franchising because they can develop a business to sell later on for a profit or hand on to someone in the family. They sign up to a franchise agreement that sets out all the benefits and advantages for both parties, binding for a fixed term that’s typically five or 10 years. The franchise agreement also includes information and guidance to help franchisees plan properly for the time when they will want to leave the franchise.

Before making any commitment, prospective franchisees are advised to appoint a specialist franchise lawyer, affiliated to the British Franchise Association, to check all aspects of the franchise agreement, including provisions for ending the franchise.

Prospective franchisees often view making an exit plan in the same way as making a will - a task that must be done in the event of something terrible happening, but not something to dwell on.

Franchisors Lynne and Dave Lister say: “We believe an exit strategy is very important and we include this as part of our recruitment process. We have a thorough approach to recruitment and invest time to get to know all about the franchisee, their partner and family, because they are all important to the success of the franchise and also the network.

“We give prospective franchisees as much time as they need to weigh up franchising, because it is a big decision to make and no one should decide in a hurry.

“Thinking ahead matters, because you never know what’s round the corner. In the decade since X-Press Legal Services’ franchise was launched, we’ve been fortunate to have had a stable network and successful franchisees. But we’ve also had a tragic sudden death, a very serious road traffic accident, as well as franchisees who have left as they got to the natural end of their agreements.

“One of our most senior advisers was a franchisee with a successful business when he announced he didn’t want to be a franchisee any more, although he wanted to go on being involved in X-Press - and he still is. Fortunately, we were able to help all those who needed it.”

A franchise that’s been established over several prosperous years is likely to be worth more than a brand new one and will be a valuable asset that should be protected. When researching franchising, it’s wise to consider the long-term prospects of your chosen sector and its likely appeal in a few years’ time when you may want to sell.

Usually, franchisees want to sell or pass on their businesses when they retire. Planning ahead is the key to a trouble-free sale or handover, not least because a snag or two could easily upset the timetable and it can take time to find the right buyer, at the right price, or to train the relative or colleague who will be taking over.

The franchisor will be involved in all the negotiations and have the final say on choice of candidate, whether the prospective new owner buys the business or inherits it. The franchisor must approve any new franchisee joining the network. The proposed person or partnership must meet all the franchisor’s criteria, as well as suiting the outgoing franchisee. This is to protect the network as a whole and ensure all franchisees meet the same standards when taking over existing outlets.

When everything goes to plan, an exit strategy will be effected smoothly. It is much more difficult to manage when a sudden event like an accident or severe illness affects a franchisee’s ability to carry on. Unforeseen circumstances can force people to reconsider and drastically change their plans for the future.

Ending a partnership can be difficult, whether it’s a husband and wife seeking a divorce, two business partners falling out or when one wants to retire and the other doesn’t. These are situations nobody likes to think about but, sadly, they do happen. This is another good reason for getting objective professional guidance from an astute franchise lawyer and ensuring a framework is in place from the outset to handle succession.

Franchisees should be aware of the terms of their franchise agreement and how much support they could reasonably expect from the franchisor in the event of a disaster, especially if this results in the franchisee having to give up the business.

In practice, most franchisors are extremely sympathetic and do everything they can to support a franchisee through a crisis, including immediate help to keep the business going while problems are being resolved or pending an inevitable resale. Other franchisees in the network frequently pitch in to help too.

A franchise changing hands is more likely to happen in a mature network and as franchisees grow older. Lynne and Dave say: “In our franchise, we have had resales and successful transitions for different reasons, ranging from retirement to illness or simply franchisees wanting to do something different and move on. We like to plan ahead, work hard to minimise disruption of the business and ensure a smooth new start.”

Managing the ending of a franchise agreement is as important to both franchisee and franchisor as setting one up, which is why it’s helpful for franchisees to have a clear exit strategy in mind from the beginning of their franchise. On the other hand, should disaster strike suddenly, it’s comforting for a franchisee to know that they and their affairs are in the most competent and caring hands.

Choose a franchise carefully - not just to secure a prosperous and rewarding immediate personal future, but for the longer term and whatever that may bring.