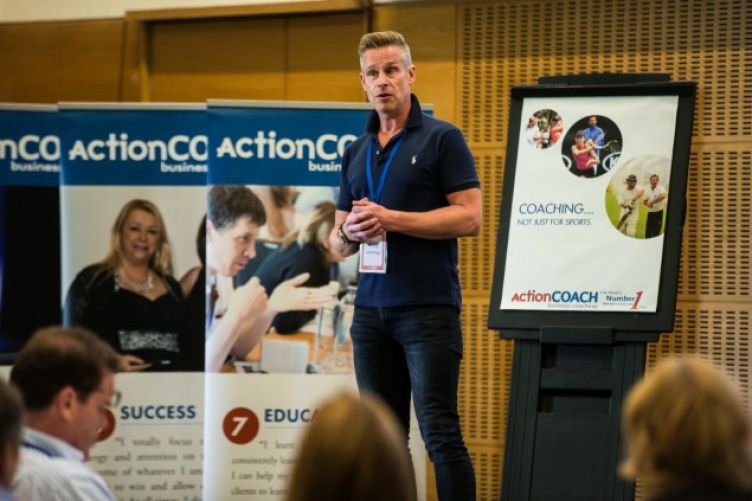 Andy Hemming was awarded the ActionCOACH ‘UK Best Client Ratings’ once again, after first receiving the award in 2017

ActionCOACH Black Country’s managing director, Andy Hemming, has scooped a top industry award for the fifth year in a row – beating hundreds of others to get the accolade.

Andy was awarded the ActionCOACH ‘UK Best Client Ratings’ once again, after first receiving the award in 2017. The nationwide competition saw more than 200 coaches compete for the award.

“I’m incredibly honoured and proud to have won this particular award again this year,” he said. “For me, this is one the most important awards of the night as it’s based directly on client feedback. We are very privileged here at ActionCOACH Black Country to work with some fantastic Black Country and Shropshire business owners and help them on their journeys through business.”

Andy is used to being recognised at this level after being consistently placed in the top 10 Action Coaches in the world since 2014. He has a team of four that support him including Lewis Haydon, who two years ago, went from being one of Andy’s clients to a fellow coach.

“Everyone here at ActionCOACH Black Country loves what they do and that’s why we get the results we do,” said Andy. “When I coach, I speak from a position of experience. I’ve been in these situations, I’ve lost my head and my business nearly went bust. I know what it’s like to not know where to turn and I understand the pain and panic that comes with that.

“I love what I do because I get to help others avoid making the same mistakes.”

The award is based on a Net Promoter Score which is used by companies all over the world to measure customer experience and predict business growth. A world-class NPS score would be considered anything above 30 with NFU mutual having the highest score in the UK with 70. Andy has an NPS of 100 which means 60 of his clients were ‘extremely likely’ to recommend him.

One of his clients, Elaine Bowman, from SPA Technique said: “Previously business just happened as it happened. There was no view into the past, present or future. Mistakes were not looked at and analysed. Lessons were not learnt and mistakes were repeated again and again. Good employees felt worthless and as a result, were lethargic and uninterested.

“Now a strong future-driven approach is being adopted. Numbers are analysed with targets for more improvement. We now understand our business 100 per cent more than ever before. Employees are increasingly engaged and have a weekly forum to discuss problems in their department. Personally, we as directors have learnt how to direct the business and the people within it. To take control of the problems and not to be afraid of making necessary changes.”