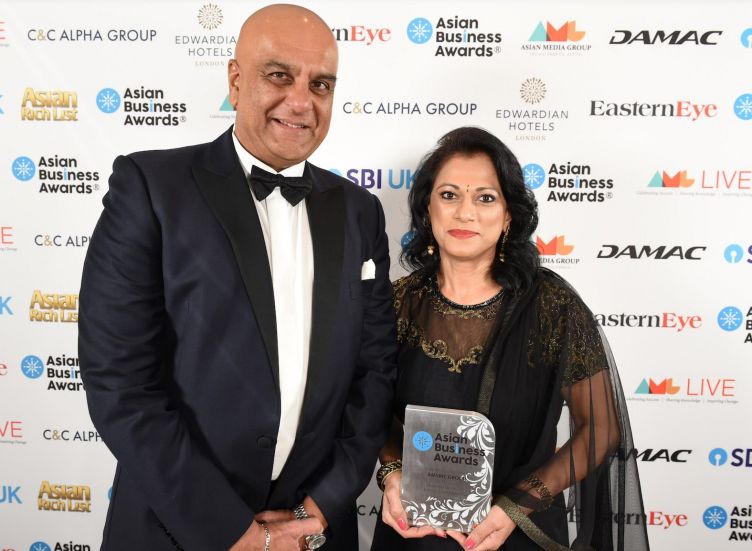 The franchisee for KFC, Starbucks and Anytime Fitness took the Franchise Business Award at the annual event, which this year took place on March 22 at London’s Westminster Park Plaza.

On collecting the award, a representative from Amsric said: “Thank you to the Asian Business Awards for giving us the honour of achieving this award.

“We are humbled and grateful for all our staff and employers within the business - without them we are nothing.”

Amsric operates 69 franchise outlets across the south of England and employs 2,000 people. The company says its success has been “driven by working in unison”.

The event also launched the year’s Asian Rich List, a compilation of the 101 wealthiest Asians in Britain.