Chopstix Noodle Bar set to expand its footprint in Wales 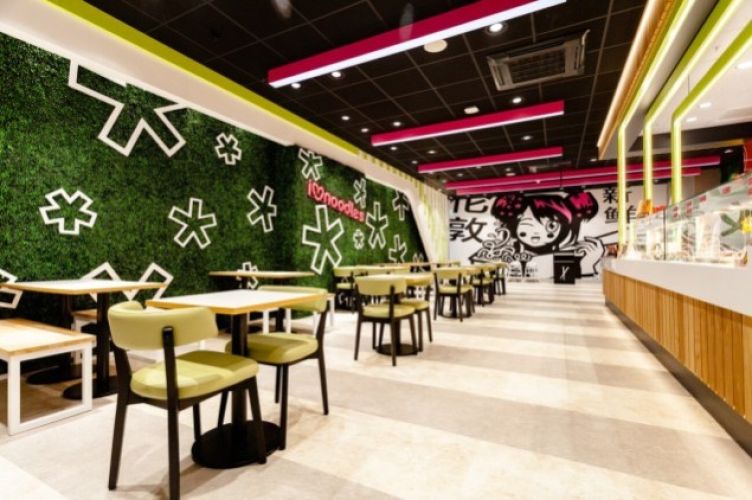 With thriving stores in Cardiff, Swansea and Bridgend, Wales has been identified by Chopstix as a region where demand for its offering is markedly high.

Kicking off a busy period of expansion in Wales, Chopstix opened its second site in the capital this month, with the St David’s Shopping Centre store launching to a fanfare from Cardiff diners.

Set to follow the St David’s Shopping Centre store is a new opening in Cwmbran this summer, with Chopstix eyeing two further openings in North Wales by the end of the year.

The new locations will include design elements the brand has become renowned for such as its iconic ‘living wall’, natural wood finishes and its winking anime character that features across all Chopstix sites.

“We recognise there is a huge appetite for Chopstix in Wales, both customer feedback and turnover has been remarkable across the Cardiff, Bridgend and Swansea stores,” said Jon Lake, managing director for Chopstix. “The clear popularity of the brand in Wales has given us real impetus to identify additional locations across the country and I’m delighted we’ve found such a great site for our second Cardiff store and for our first in Cwmbran.

“The next step for us will be moving into North Wales, with two openings in the pipeline which we’re looking forward to revealing before too long.”

The expansion across Wales is the next step in a busy year of growth for the QSR group, having already announced the appointment of the company’s first franchise director and a new partnership with leading UK holiday operator, Haven.

In 2022, Chopstix plans to open at least 12 new stores, through a mix of directly owned and operated stores (equity stores), and also in concert with partners.