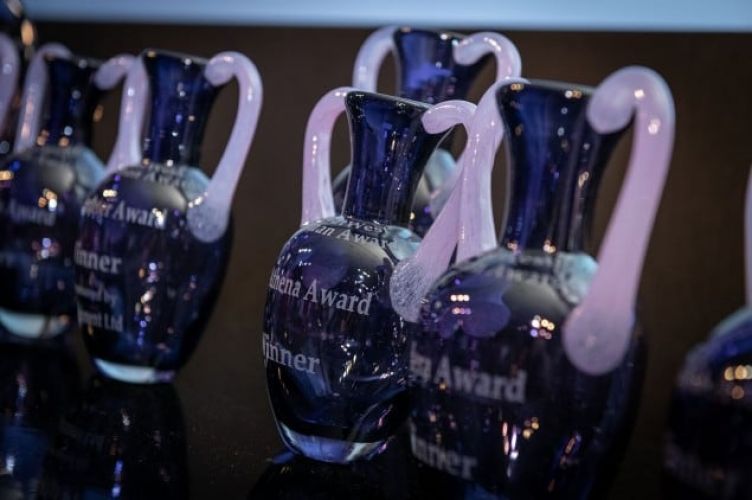 Christine Kelly, founder of Little Kickers, and Sarah McLean of McLean Restaurants were amongst the winners

The 18th annual NatWest everywoman Awards, held in early December, celebrated the UK’s most inspiring female entrepreneurs, recognising their outstanding achievements. This year’s virtual awards championed women in enterprise from all walks of life, providing a platform to share their journeys to success and inspire the next generation of talent.

The 2020 winners span multiple industries, including technology, fashion, beauty, medicine and hospitality, but all are united in one common purpose – to leave the world a better place than they found it. With many businesses rocked by the COVID-19 crisis, these women also demonstrate the resilience, adaptability and creativity that will help Britain weather the current economic storm.

Speaking about the winners, Maxine Benson MBE, co-founder at everywoman said: “Self-employment has started to decline for men, but not for women. Despite this, only one in three UK entrepreneurs is female, a gender gap equivalent of 1.1 missing businesses and a potential value add of £250bn to the UK economy. Now more than ever, it is critical to address this and showcase how successful and resilient so many female-owned businesses are. For 18 years, the NatWest everywoman Awards have done just this and we continue to encourage, embolden and empower women. We congratulate the 2020 winners them and applaud their incredible achievements.”

The APHRODITE Award - for a woman who founded her business whilst raising a child/children aged 12 or under was awarded to Christine Kelly, founder of Little Kickers.

Christine’s business sees over 65,000 children in 34 countries enjoy football training every week. Inspired by her then two-year-old son, Christine had no experience of football or franchising, but an early investment of £300 has turned Little Kickers into a global football-themed franchise, championing fun-based activities for pre-school children.

Christine trained as an accountant and went onto a successful financial career in New York and London, joining Enron just months before it imploded. Her first club in Wandsworth was oversubscribed by 400 per cent and as the brand grew, she created a franchise to help women like her whilst ensuring she still had time to devote to her family. COVID-19 put growth plans on hold and Christine’s priority was to support her franchisees and retain her customer base. Capitalising on the PE with Joe phenomenon, Christine shared free digital content, generating goodwill and ultimately only losing 7 per cent of her customer base worldwide.

The HERA Award – for an inspirational woman running a business trading for 10-plus years was presented to Sarah McLean of McLean Restaurants. Sarah joined McDonald’s as a graduate trainee for two reasons – the salary was higher than the other milk round opportunities and she liked the food.

Blown away by its visionary approach and support for women, she spent 20 years with the brand. She used her savings to acquire her first franchise in 2002 and has built McLean restaurants up to (14 or 21) McDonald’s outlets with 2,200 employees, becoming the brand’s largest female franchisee. Even against the spectre of COVID-19, she still achieved double-digit sales growth during lockdown and has since brought every member of staff back from furlough. As the chair of the brand’s national leadership, she was central to the launch of the brand’s delivery service in 2017 and in her spare time has raised over £400,000 for the Ronald McDonald foundation.

Other winners included Dame Vivienne Westwood who accepted the Spirit of everywoman Award, awarded to a woman whose pioneering spirit has helped change the landscape for women in the UK. She was recognised for her phenomenal career, which has seen her bring avant-garde British fashion into the main-stream and become a vocal activist for the environment and civil rights. British make-up artist, Pat McGrath MBE, received the everywoman Ambassador Award, created to celebrate a high-profile entrepreneur and role model to young women. Despite having no formal training, Pat is now considered the world’s most influential make-up artist after a career that has spanned roles at Giorgio Armani and British Vogue. When her eponymous make-up brand, Pat McGrath Labs, launched at Selfridges it was the most successful beauty brand launch ever and is now valued at $1bn.

Julie Baker, head of enterprise and community finance at NatWest said: “The NatWest everywoman Awards have once again helped us shine a light on some of the UK’s most inspiring female founders who continue to not only achieve great things for their businesses and their communities but also help inspire the next generation of would-be entrepreneurs. At NatWest, we continue to work to support existing and aspiring women in business through a network of over 500 externally accredited Women in Business specialists who understand our customers’ ambitions and provide business advice, mentoring and networking opportunities.”

Start your own Little Kickers franchise

Send a free enquiry to Little Kickers for further information!