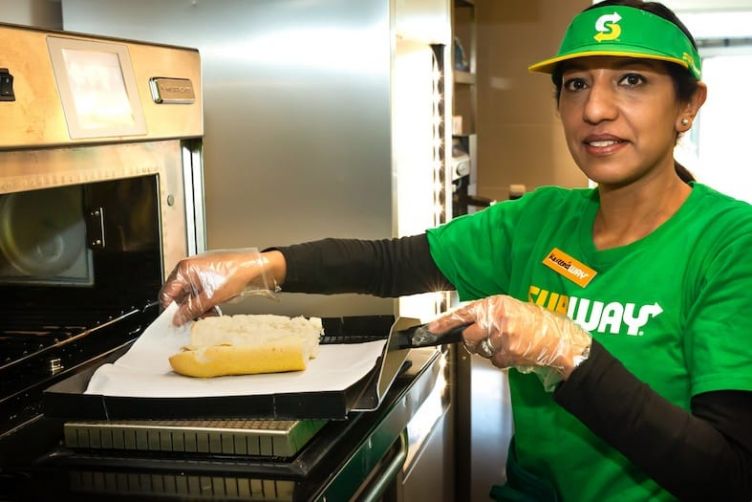 Airing during The One Show broadcasts starting on April 1, the four-part series follows new franchisee Kareemaa Musa as she embarks on her journey of joining the world’s largest sandwich franchise.

From initial franchise training, managing the store fit-out and the recruitment of her team, through to store opening day, the series details the highs and challenges faced when becoming a franchisee.

The series comes at a time when the UK franchise industry is flourishing. There are now nearly 50,000 franchise businesses collectively contributing over £17 billion and 710,000 jobs to the country’s economy.

Kareemaa’s store is in Barnsley, where she lives with her two children, aged 13 and nine.

She and her late husband, Hamid, sold their convenience store business in 2014 after deciding it was time to fulfil their ambition of investing in a franchise.

Kareemaa says: “It’s been a privilege to have shared my journey of becoming a Subway franchise owner with The One Show.

“It’s been a very emotional journey and I hope it inspires viewers at home who may have thought about venturing into franchising to take that step.

“It takes a lot of hard work and determination to become a franchise owner, but that shouldn’t put anyone off exploring their dream of becoming their own boss; there is so much reward that comes with it as well.”

Colin Hughes, country director for Subway UK and Ireland, says: “The One Show series will provide a real insight into what it takes to become a franchise owner for Subway, as well as showcase the first class training and support offered throughout.

“Franchising continues to be a growing industry - we hope the series inspires others to explore the opportunities out there and realise their franchise dream, just as Kareemaa has done.”

The world’s largest submarine sandwich chain, operating in 110 countries around...