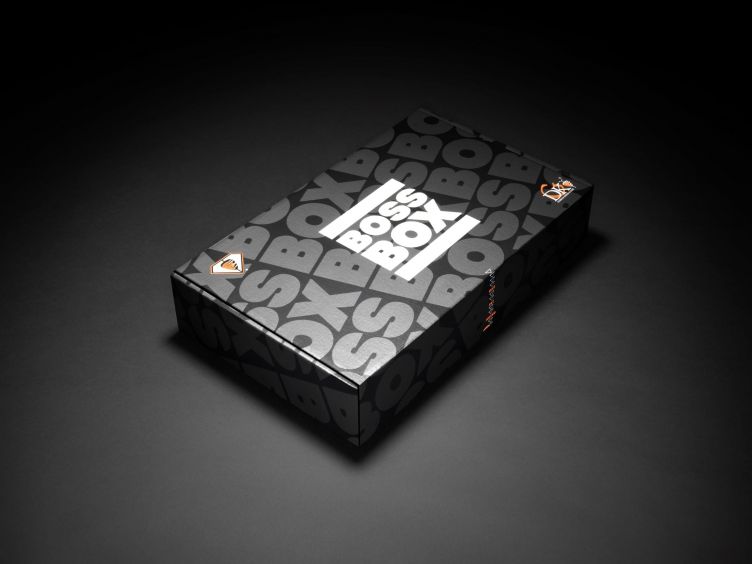 The Boss Box has been conceived and launched during lockdown as an exclusive product for delivery and Click and Collect, bringing an immersive brand experience into the homes of consumers across the UK.

Officially ‘unboxed’ by Blogging Queen of the UK sneaker scene Sherlina Nyame, the launch of the Boss Box has led to a huge 60 per cent jump in like for like sales for the fast-casual brand.

Imran Sayeed, German Doner Kebab Global CEO, said: “The Boss Box is already taking the UK by storm as we bring a new immersive GDK dining experience for people to enjoy at home.”

The sleek black Boss Box costs £12.99 and includes a choice of GDK’s Original German Doner Kebab, KCal Kebab, Durum or Lahmacun Wrap, served with a Doner Spring Rolls or Chilli Cheese Bites, a side of fries, three signature sauces and a drink.

Available through delivery partners Deliveroo, UberEats and Just Eat, the new product was launched through the Great Kebab Drop by over 300 social media influencers reaching 1.7 million people on launch week.

The fast-growing kebab chain tapped into the global ‘unboxing’ craze, working with blogging Queen Sherlina Nyame who was first to ‘unbox’ the new Boss Box to her own 1.5 million followers.

Sayeed said: “The Boss Box has been a phenomenal hit, bringing a different class of box meal and taking our exciting brand to even more consumers across the country.”

German Doner Kebab has opened 35 new restaurants in the UK during the past four years and boasts a development pipeline of 350 franchise units over the next seven years.

The CEO has hailed the impact of the latest product as the brand continues to disrupt the fast-casual space and evolve to meet the needs of its customers. He said: “We have had to remain agile and responsive to a fast-changing landscape during the pandemic.

“We have always been primarily positioned as a dine-in consumer proposition, however during lockdown we quickly re-modelled our offering to expand our click and collect takeaway and delivery offering to meet the demands of our customers and also support frontline workers and communities throughout the country.

“The Boss Box experience reflects our innovation and ingenuity during this period and we will continue to explore new ideas that excite and capture the imagination of our growing customer base across the country.”

As well as the UK, the brand has announced growth in Saudi Arabia where the Ajlan Bin Ajlan Group has been signed-up as the master franchisee, with a development agreement of 100 stores over the next ten years.

Further growth has also been announced in North America, as franchises have been signed in Canada’s Ontario and British Columbia provinces, while negotiations are underway to open outlets in New York’s Manhattan and New Jersey.

Start your own The Kleaning Company franchise


Discussed at the interview stage

Send a free enquiry to The Kleaning Company for further information!