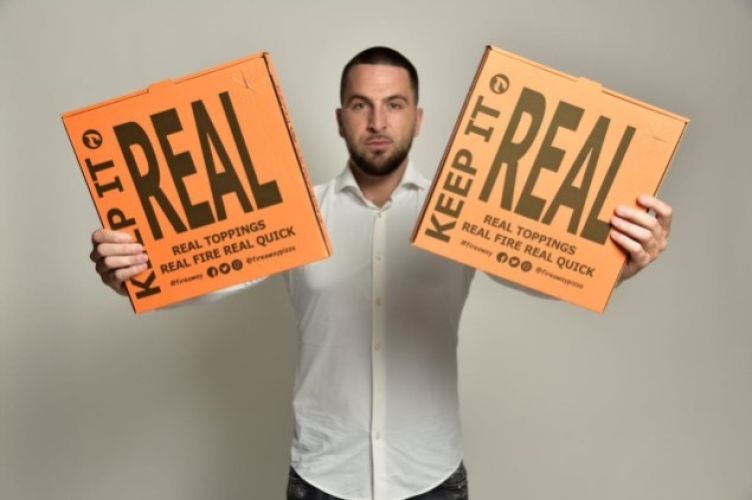 Opening its first stores in South London with a bank loan and only one employee, Fireaway has managed to expand even during the pandemic, now setting up its 100th store in Walsall that will open later this month.

Founder Mario Aleppo said: “Initially, I thought of opening a Subway franchise, but I changed my mind and decided to do my own thing. However, I was impressed by Subway’s methods and incorporated some of them into Fireaway.

“It means that pizza lovers can choose from four different bases, four different kinds of cheese, four meats and 20 toppings. And the price doesn’t alter, regardless of which combination is chosen.”

Mario went back to his Italian roots ensuring that Fireaway could provide an authentic Italian pizza with only the freshest ingredients. Fireaway opening its 100th store is a remarkable feat, given that back in January last year it had 50 stores. This quick growth is due in large part to its initiative to open 25 new branches in 25 weeks in the latter half of the year.

Mario said: “Shortly after we opened our second store, we started attracting other franchisees through word of mouth. It started with a new franchise opening every six months. A year later it was every three months, then one a month and now it’s roughly one a week.”

Mario added that he believes the global potential of the brand is limitless. “We’re taking this very seriously, so much so I have appointed my two younger brothers to spearhead our efforts, with Luca managing our German operation and Fabio overseeing The Netherlands,” he said.

In 2021, Fireaway was recognised at PAPA awards as the Rising Star Pizza Chain of the year. At these same awards in 2019, it won the Best Small Pizza Chain award.

Start your own Fireaway Pizza franchise

Send a free enquiry to Fireaway Pizza for further information!