Meet The Women Who Are Changing Franchising 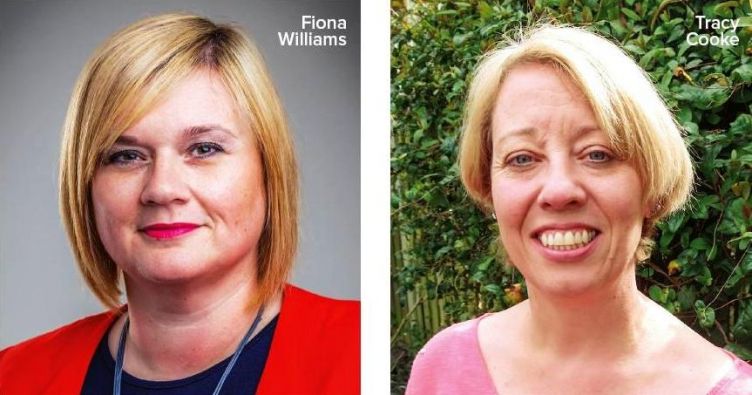 Last month we shared with you some of the success stories from the winners of the 2017 NatWest Encouraging Women into Franchising Awards.

In this issue, EWIF shines the spotlight on the rest of its winners.

New woman franchisee of the year

Magical Maths franchisee Tracy Cooke was the recipient of the New Woman Franchisee of the Year Award, sponsored by NatWest.

Tracy was nominated by Magical Maths franchisor Colin Bradford, who said she: “Got off to a storming start at Magical Maths and her achievements are a testament to her considerable grit and determination.”

Tracy says: “I was thrilled to win this award. To win in such a competitive and talented group of women was amazing.

“To be recognised nationally by EWIF for an educational and fun maths club will spread the Magical Maths name in both my territory and nationally, thereby promoting the brand for all Magical Maths franchisees.”

Inspirational woman of the year

New for 2017 and sponsored by law firm Darwin Gray, the recipient of this award was Fiona Williams from Bluebird Care, who was nominated by Alex Cavell, PR and marketing manager at Bluebird Care headquarters.

Alex explains: “Fiona’s immense energy, compassion and credibility inspires 89 women and 40 per cent of the network to successfully operate a Bluebird Care franchise.”

Fiona says: “Winning this award felt amazing, exciting and humbling all at once. It felt nice to be recognised for my dedication over the years.

“I believe I won this award because of my passion for people, the sector and for everything I do outside of my role at Bluebird Care to influence change and champion the good in everything we do.”

Service provider of the year

This award, sponsored by The Franchise Show, recognises the male or female service provider who has done the most to support, encourage and assist women into franchising.

Vicki Mitman from law firm Birketts was named Service Provider of the Year, as her dedication and passion for franchising shone through in her entry.

Since joining Birketts in May 2016, Vicki has helped form and develop a franchise offering for the business.

With her help, between June 1 and December 31, 2016 Birketts engaged 12 new franchisor clients and advised 18 franchisees across a number of different franchise brands.

Vicki says: “It’s been great to see the changing demographic of the franchising industry over the last few years and EWIF have certainly played a big role in that change.

“EWIF is a great organisation and one I am proud to be a member and regional chair of. I hope to continue growing personally and professionally in the world of franchising and to carry on supporting women in the industry for the long term.”