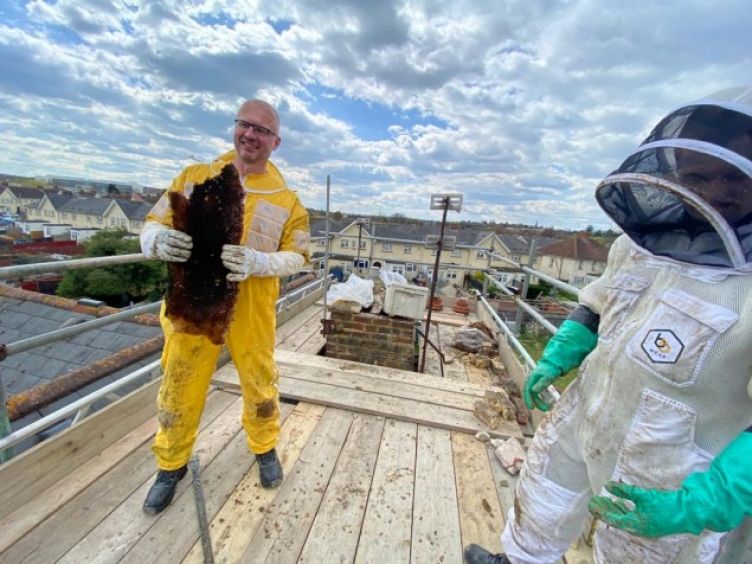 David Hasler, based in Ely, Cambridgeshire, did a soft launch of PGH Beegone Bury St Edmunds on April 26 and has just completed his first independent job.

Launched on December 27 last year, PGH Beegone incorporates two established brands, one of which has never been franchised in the UK before.

PGH Pest Control & Prevention and Beegone Live Bee Removal were started 14 years ago with help from the Prince’s Trust.

The environmental focus of the franchise, which saves honeybees and rehomes them, has generated interest from people from all walks of life.

Franchisee David, formally a sample courier for the Environment Agency, says: “I’m so excited to start running my business.

“The approach of the whole team at PGH Beegone has been extremely professional and supportive. They made me feel comfortable straight away and I know this is a fantastic opportunity.

“Before I even joined, franchise owner Peter Higgs specifically arranged for me to shadow him at two live bee removal surveys, instead of sending his surveyor, so he could show me how it worked.

“I also attended an actual live bee removal job that came up in my area just before I enquired about the franchise, for which Peter gave me a discount on my franchise fees.”

During his third week of training, David got his first independent lead, which PGH Beegone’s support centre handled for him - from explaining the process to the client to booking it in on the company database.

“When I visited the site, the customer was so impressed by our approach that he cancelled the other company that was due out to quote a few days later,” David says.

“Peter said during my training that professionalism and speed is the key - winning this contract definitely demonstrated that.

“This first job trading as PGH Beegone Bury St Edmunds was a three-stage rodent treatment, which consisted of rodent proofing, clearance of contaminated loft insulation, which is a health hazard to the owners and other contractors, and re-insulation of the loft, all for the same client.

“I’ve got a few more leads to follow up as well - I’ve just had one come through for live bee removal at a university in Cambridge.”

Yes, by a third party