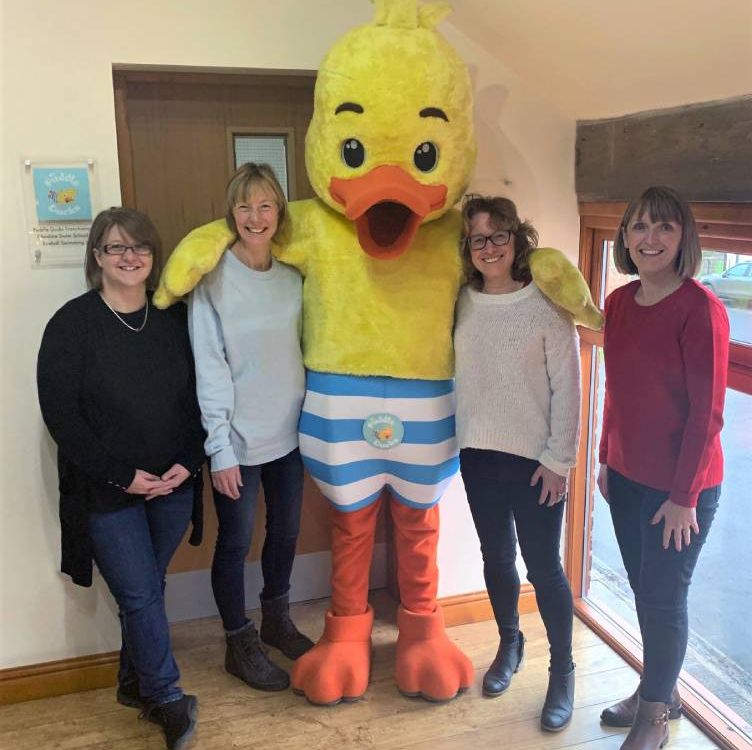 Due to the success of its business growth and expansion, award-winning baby and child swimming franchise, Puddle Ducks, has established a new board of senior executives to drive the company forward into 2020 and beyond.

Puddle Ducks, which has 32 franchise owners nationwide, has appointed co-founder, Jo Stone, as managing director. Fellow co-founder, Tracy Townend will also join the newly formed board but will be stepping down from day-to-day activity. Ali Beckman, technical director and headteacher who has been with Puddle Ducks for over 15 years, is delighted to take up her position on the board.

Also joining is chartered accountant, Gillian Bardin, formerly the managing director of Taylor Patterson, a financial services group based in Lancashire. She successfully completed a management buy-out in 2006 and the eventual sale of the business to an AIM-listed plc in 2015.

Her main responsibilities were the strategy of the business and the development of key business relationships and she will be bringing this extensive experience to Puddle Ducks in her advisory role.

The board will be supported by a steering group of a further five Puddle Ducks executives with diverse skills and business backgrounds, to drive the franchise’s ambitions for major growth over the next ten years.

Puddle Ducks, managing director, Jo Stone said: “When we launched Puddle Ducks, we knew that we were creating a business that would fill a gap in the baby and child swimming sector. Making the decision to franchise the business was our next bold move and one that has been a great success. Franchising has allowed us to expand the business across the UK through a dedicated network of ambassadors, who all have a vested interest in the brand.

“We are now extremely excited about this next phase of Puddle Ducks. Establishing our new board of directors and supporting steering group, allows us to further develop our trusted brand as our network continues to grow. Our antenatal, baby and child swimming classes are in demand across the UK, and with new franchisees coming on board and existing franchise owners expanding, with many now building their own pools in their local areas – these are exciting times ahead for Puddle Ducks.”

Puddle Ducks was founded in Cheshire in 2002 and the company now teaches over 21,000 children to swim every week across the UK. The swimming school franchise has been awarded 5-star franchisee satisfaction for the past seven years. It also recently won the 2019 Franchise Marketing Award, Best Overall Campaign for its first in the sector TV commercial which was created to provide support for franchise owners and to continue to build the Puddle Ducks brand.

The franchise has also recently received approval on its planning application for developing a new flagship swimming centre at Baron’s Quay retail and leisure centre in Northwich, which is set to open this year.

Start your own easyHub® franchise

Send a free enquiry to easyHub® for further information!