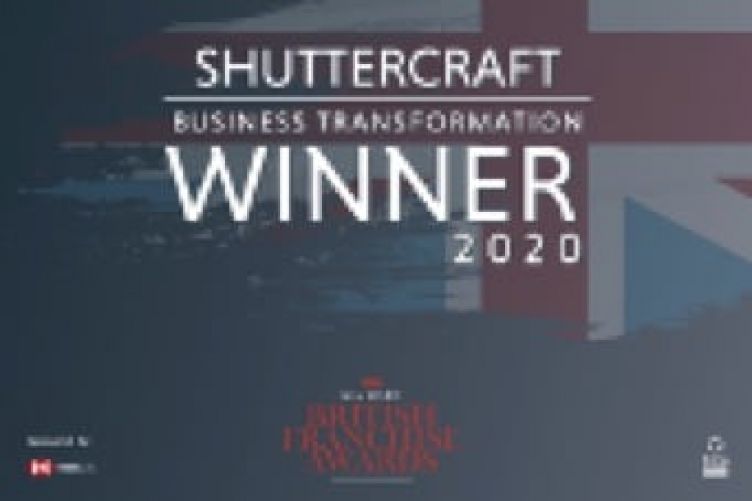 The accolade comes hot on the heels of major investment in the franchise business, including a significant review of the resources provided to support franchise partners and the evolution of the business model, which now provides franchise partners with the scope to grow and develop their business in a way that wasn’t possible two years ago.

Lisa Stead, franchise manager at Shuttercraft, says: “The team has worked so hard over the last two years, pushing boundaries, stepping out of their comfort zones and striving for change in order to provide the very best service to and for our network.

“Winning the Business Transformation award, amongst such fantastic competition, has been a massive recognition of the team’s dedication to the development of the franchise. We are incredibly proud of everyone who has played a part in getting us to this point.”

The bfa HSBC British Franchise Awards are the flagship event in the franchising calendar, with nominees and winners proving that the business works ethically and in the best interests of franchisees and staff.

Of Shuttercraft, Pip Wilkins, CEO of the British Franchise Association, says: “The transformation of this business sits in its franchise type, with a clear shift from an operator van franchise to a managerial franchise model.

“Formerly, it was very difficult for franchisees to successfully scale up the business. Since the new model was launched, 12 new franchisees have joined the network and feedback shows that the change has transformed the business.

“Shuttercraft deserves this award, as they’ve led the way for others to take the new franchise model and follow a route to success.”

Andy Brattesani, UK head of franchising at HSBC, says: “It was fantastic to hear from the Franchisor Business Transformation finalists and learn about their journey into franchising.

“Shuttercraft impressed the judges with its heightened focus on bespoke technology, an increase in marketing, a larger head office and more opportunities to engage as a network.

“It’s been a difficult year for all businesses, so we’re pleased to see members of the franchise community thriving, having adapted to operate successfully despite the difficulties thrown their way.”