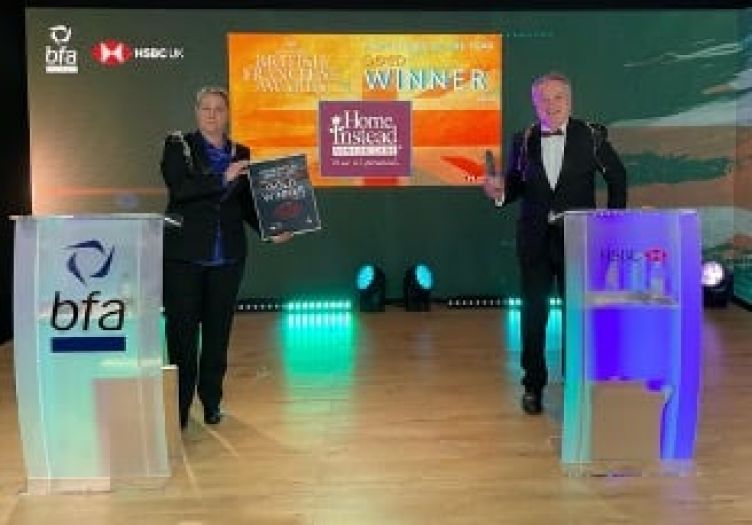 Home Instead Senior Care was named Gold Franchisor of the Year at the bfa HSBC British Franchise Awards on November 30, which took place virtually for the first time in their history.

Ruth Brown, business development director at Home Instead Senior Care, says: “We’re honoured to have been named as Gold Franchisor of the Year. This award is very special, but to win it in 2020 feels extra special as it’s such an extraordinary year.

“This accolade is down to the hard work and commitment of so many people - from the team of experts at national office to our franchise owners and their key players and, of course, our amazing CAREGivers.

“We could not accept this award without also thanking the many clients and their families who entrust their care to us. Thank you to the bfa for bestowing this honour on us.”

Pip Wilkins, CEO of the British Franchise Association, says: “It’s been a strange and difficult year for all businesses, but we’re pleased that we’ve been able to bring some positivity to our finalists and winners to round off 2020.

“There are more franchise systems than ever before, showing that businesses are choosing franchising as an ideal model for them. Each winner should feel very proud of what they’ve achieved.”

Commenting on the winners, Andy Brattesani, UK head of franchising at HSBC, said: “It’s been a difficult year for all businesses, so we’re pleased to see members of the franchise community thriving, having adapted to operate successfully despite the difficulties thrown their way.

“I’d like to congratulate all finalists and winners and hope to see them thrive in the months ahead.”