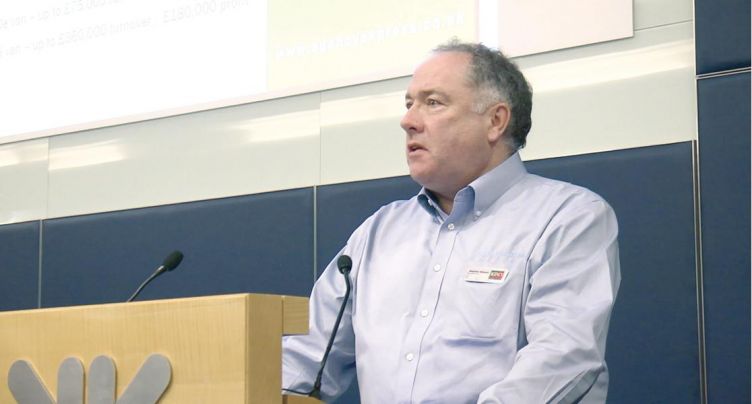 Natwest sponsored events are being held in London, Birmingham and Manchester

Franchising is Britain’s best-kept secret. Last year franchise businesses contributed over £15.1 billion to the UK economy, an increase of 46 per cent over the past 10 years and up 10 per cent since the last British Franchise Association/ NatWest survey in 2013.

With many more people now looking to take charge of their careers and family life by running their own businesses, franchising is fast becoming the smarter route to achieving this goal.

Did you know that last year the total number of people employed in franchising in the UK was 621,000? This is an increase of 70 per cent over the past 10 years. In addition, the number of franchisee-owned businesses has increased by 14 per cent in two years to 44,200.

As the sector matures, businesses are starting to grow in size. The average turnover of franchise businesses continues to rise - 50 per cent of them now claim an annual turnover of over £250,000, with one third now employing 10 or more staff.

A record 97 per cent of franchisee-owned businesses report profitability, while franchise failure rates - down from 4.2 per cent to 2.6 per cent - are much lower than for other small and medium-sized enterprises.

Also, franchise owners report the highest ever satisfaction with their franchisor, with 91 per cent saying they are satisfied. And 80 per cent of franchise brands in this country are UK-owned and developed.

Yet franchising is still relatively unknown in the UK.

If you’re looking to start your own business and venture into self-employment, choosing which franchise business to invest in could be one of the biggest decisions you will make.

The NatWest sponsored franchise seminars provide impartial guidance and advice to help you make the right decision. If you’re new to franchising, these informative and educational events will help you structure your research.

They provide an overview of the franchise industry, give financial advice, information on banking and offer an insight into the operational and legal considerations of investing in a franchise.

Revealing how to evaluate a good franchise, the seminars are run regularly across the UK. The programme covers all the steps you need to consider when choosing which franchise to invest in. You will be guided through the steps to success, which will help you to fully consider how to choose the right franchise for you from the hundreds in the UK.

On the day you will have the chance to meet industry experts, along with seven British Franchise Association accredited brands. This will give you a flavour of the different types of franchise businesses available.

To book your place visit www.franchise-seminars.info.

Start your own Accountants247 franchise

Send a free enquiry to Accountants247 for further information!