9 Things To Consider Before Investing As A Couple 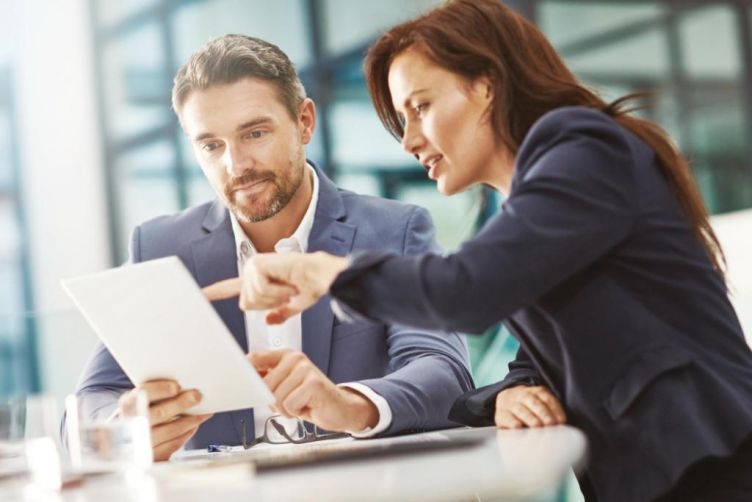 Here’s what to think about before you decide to invest in a franchise together - plus some advice from couples who have already taken the plunge.

Are you better off setting up with your spouse?

Research conducted among 1,069 Danish couples who set up joint enterprises between 2001 and 2010 concluded that: ‘Cautiously, we can infer that joint entrepreneurship has productivity advantages.’

It also found that profitability levels and the chances of survival were no worse than for small and medium-sized enterprises in general.

Are you the right couple?

Kathy Marshack, a Canadian psychologist and business coach who specialises in advising couples in business, recommends thinking about the model of the business relationship they want.

Do you want to be what she calls ‘co-preneurs’, both fully involved in managing the business, or an entrepreneur with a supportive spouse?

Kathy points out: “Your role is much less complicated if you, as a couple, clearly define the type of entrepreneurship that suits your personalities best.

“If you are team players and enjoy sharing the spotlight, co-preneuring is for you. If you are the quintessential woman/man behind the scenes and you don’t want to be too involved in the daily managing of your partner’s venture, you are well suited to be the supportive spouse.”

Fiona says: “I ask couples to tell me their individual stories and whether they have been used to spending time together. Where one partner is less engaged than the other, it’s quite common for the business not to get started.”

Think about what you each bring to the mix

Robert Campbell, who runs the TREND Transformations franchise in Perth, Scotland with wife Katie, says: “Think about your strengths and weaknesses. Do you have the combined skills to allow you to succeed and can you afford to pay people to cover the things you cannot do?

“We complement each other quite well in that we both have strengths where the other has weaknesses, so we have always thought we would work quite well together.”

Consider dividing up the tasks

Most couples running franchises take responsibility for different areas of work - but some don’t. Either way, it should be a conscious decision.

Jo Butler, who with husband Mark runs the Tutor Doctor franchise in Reading, says: “We have split our roles, so that we have our own responsibilities within the company and crucially we trust each other implicitly in those roles.

“Our skills are complementary. I’m the organiser who makes sure things get done and Mark focuses on the sales and strategic planning.”

But ensuring each of you has experience in all business areas means you understand each other’s roles and can confidently take over any tasks if necessary.

Svetlana Aslezova, who runs a Business Doctors franchise in Nottingham and Lincolnshire with partner Derek Irvine, says: “We decided initially that both of us should get experience doing all the tasks, rather than dividing them up.

“You need two people when it comes to making strategy decisions with clients, which is easy with two of us. It’s only now, eight months after we launched, that we’re starting to carve up the functions between us.”

Prevent the business taking over

Robert says: “It’s very hard to avoid having the business totally take over your life and we have not succeeded very well with that.

“We work seven days a week and frequently in the evenings. We do try to sit down later in the evening and not talk about work, but we don’t always manage it.

“We had expected this, but the longterm plan is to try and pass more work onto staff, so that we can have more time to ourselves.”

Drawing a clear line between work and family life helps.

Jo says: “Normally, we won’t discuss things in the evenings. The office door gets closed at the end of the day - I consider it important to have a separate room in the house for work.”

Think about how to deal with disagreements

Robert says: “We’re both quite determined characters with different ideas about how things should be done. I was a bit wary about how we would get on working together, but so far it’s been better than I expected.

“We do have the odd disagreement but, in general, we seem to work through things pretty well.”

Jo advises: “Discuss big decisions, such as new recruits you are hiring and change of direction of business investments, as you would if you were simply work colleagues. Most importantly, listen to each other.”

Don’t leave the future to chance

Think about what might happen to the business if you split up, one of you died or was unable to work. Franchises may have arrangements in place, but this may well not be enough.

Consult a solicitor and get an agreement drawn up about next steps. Coping with a death or divorce is bad enough, without having to think about what happens to the business too.

A franchise can help avoid argument

Franchises offer a model of how the business should be run, so there may be less to argue about than within a standalone start-up.

Which products or services to offer, how you should go about marketing and how a shop should be fitted out are often all decided by the franchisor, so there’s little or no scope to argue about them.

Franchisors may also be able to help settle arguments over the most effective way to do things, based on their experience of what works for their franchisees.

Start your own Miss Millie’s franchise