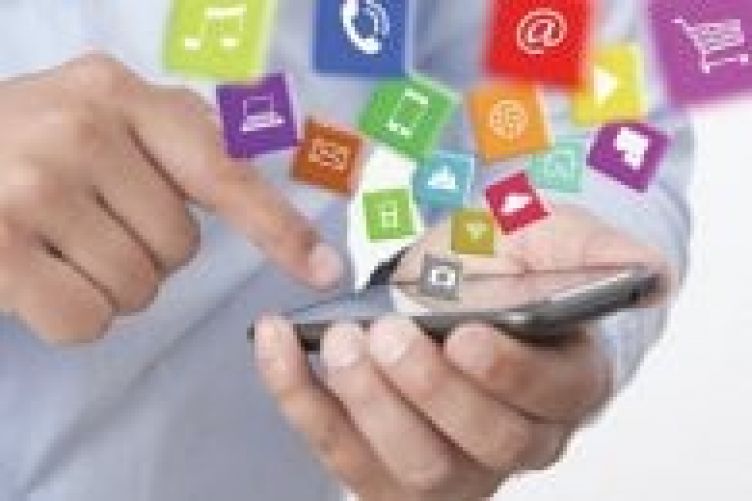 Is your business capitalising on the fact consumers are increasingly using their smartphones to purchase products and services by having its own app to make this process even easier?

Research by software company EPiServer has revealed the most common type of purchase is music, followed by books, travel, digital products (such as apps or ebooks) and apparel. The top reason for buying via a smartphone is ‘speed and convenience’, cited by 50 per cent of those who make mobile purchases.

Regardless of your location, it seems picking up a phone or tablet can be easier than sitting down at a computer.

The speed and convenience a smartphone combined with an app can deliver to your customers can’t be overestimated. As the app economy has accelerated, so has the level of commerce apps are driving across the business landscape. M-commerce is set to eclipse the massive growth of e-commerce - motivated mainly by the desire to use apps.

As the use of apps to connect with businesses in order to buy their goods and services has grown, the desire to use in-app purchasing has increased. In addition, consumers are increasingly demanding to pay using their smartphones as mobile wallets.

Research by online payment specialist ImpulsePay has revealed ‘charge to mobile’ reached one and a half times as many consumers as credit cards and over four times as many as PayPal. The research proves that with over 85 million active mobile subscriptions in the UK alone, charge to mobile (known globally as direct carrier billing) has the largest share of users of any mobile payment option in the UK.

Online merchants have the potential to reach 93 per cent of all adults in the UK by including a charge to mobile option at checkout - an additional 47 per cent when compared to a standalone credit card option or an additional 325 per cent more than PayPal. The figures are compared to the 58 million credit cards that were in circulation in the UK in early 2014, of which only 66 per cent were active, and the number of UK registered PayPal accounts, of which there are 20 million.

“They’re finding that many of their customers either don’t have bank cards or just drop out at checkout because the process is so awful. Charge to mobile has immense potential to solve these problems.” It’s been estimated that by 2017 global financial transactions through mobile payments will reach £1 trillion, with revenues billed to direct carrier billing expected to grow to £3.9 billion by 2017.

Closely linked to payments on the move is the propensity of consumers to share commercial information. Social media has gone mobile, with consumers sharing masses of information about products and services. This has led to an affinity and familiarity with apps all businesses can tap into.

The development of an app for your business should be approached with all the due diligence you would apply to any major project your company undertakes. An app business plan that’s based on a desire to follow the pack isn’t a sound foundation to build your strategy on.

There has been a debate for some time regarding the merits of native apps over browser-based ones, which are often referred to as web apps. Here the focus should always be on the user experience.

Both Facebook and Twitter tried web apps, but quickly moved back to native apps in order to deliver the speed and device flexibility they offer. Many smaller companies see web apps as a faster and cheaper way to provide an app for their customers, but care should be taken if your business intends to deliver its services via none-native apps.

Ian Naylor, founder of AppInstitute, which helps businesses create their own apps, advises: “When it comes to app design and making a useful app, less is most definitely more. Picking one or two core use cases and focusing the app around that makes for a much more useable and ultimately successful app.

“This mindset can be seen with all the big mobile first players, from Facebook to Foursquare, who are all deconstructing there apps into many smaller apps, doing specific tasks, rather than one behemoth.”

Currently, the focus for many businesses is to get their mobile website right. Responsive design delivers the same experience to a customer, whether they are using a desktop PC, tablet or phone. The mobile experience must be attractive or businesses risk alienating their customers. At the moment, an app is a secondary concern, but one that will grow in importance, as businesses resolve the issues they have with mobile access to their websites.

According to digital technology firm Apigee, to remain relevant, retailers must innovate and provide unified and engaging experiences across all channels, regardless of whether the customer is in-store, using a self-service retail kiosk, on the company website, using their mobile phone, iPad, internet connected set-top box or connected car. Web commerce is quickly morphing into app commerce, which includes web apps, native smartphone apps, tablet apps and retail kiosk apps.

Speed of engagement and the ability to connect with a business seamlessly across multiple channels is now necessary to reach today’s mobile consumers.

Engagement may have become a business imperative, thanks to social media, but engagement now influences every aspect of the consumer’s purchasing journey - and a large percentage of that journey now takes place on mobile devices via apps.

Businesses that can leverage their existing digital channels to create fast and efficient sales channels will become destination brands for mobile consumers. At the moment, the app is all powerful, especially native apps, which continue to outperform their web app cousins.

The habit of using apps is now a hard one to break. Apps are used every day to accomplish a wide range of tasks. Increasingly, this will include more purchasing.

Apps began as a way to consume media, but they are now extending their reach into every commercial sector. The business of apps is about how to connect with your customers and deliver engaging experiences that includes safe and secure ways to buy. Delivering these mobile services means becoming an app business.