Does Popeyes Chicken Franchise in the UK? 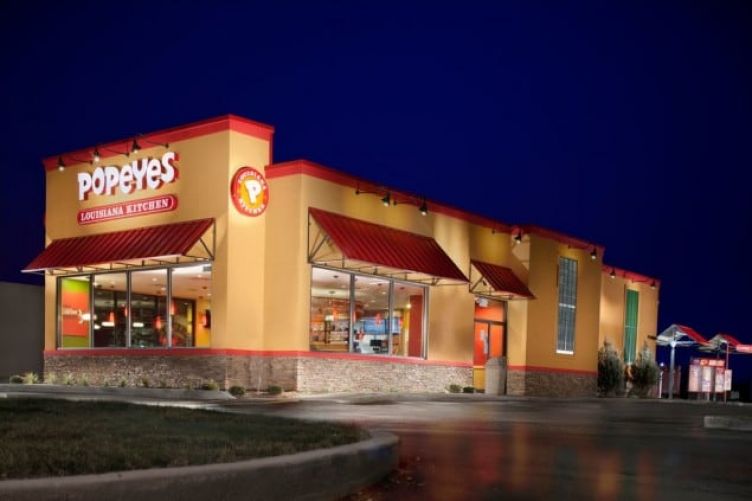 Looking to start a lucrative franchise business? The popular chicken restaurant may be the one to consider! Find out if Popeyes chicken franchises in the UK.

If you’re looking to open a franchise in the UK, investing in a quick-service chicken restaurant wouldn’t be a bad idea. Britain loves fried poultry, and spends nearly £30 billion each year on dining out or ordering in.

While the UK general public shows an insatiable appetite when it comes to fried chicken, unfortunately, the Popeyes chicken franchise - one of the US’s most popular fast-food franchises - is yet to come to Britain.

Popeyes is a global success, known for New Orleans-inspired, Cajun-spiced cuisine. Menu offerings not only include fried chicken, but Cajun-style gravy, red beans and rice, and macaroni and cheese.

There are over 3,100 Popeyes restaurants globally, which makes the franchise the third-largest fast-food restaurant in the world. Popeyes span 25 countries, but the UK isn’t one of them.

Are you interested in owning a Popeyes chicken franchise in the UK? Keep reading for more about the restaurant chain, franchise opportunities, and what you’ll need to succeed.

The Popeyes chicken franchise through the years

The first Popeyes opened in New Orleans in 1972. However, it wasn’t always known by that name. For a few months, it was called Chicken on the Run. Through the years, other variations included Popeyes Chicken & Biscuits and Popeyes Famous Fried Chicken & Biscuits. In 2009, the business settled on Popeyes Louisiana Kitchen, Inc. (Popeyes, for short). This name change was a plea to better appeal to an international audience.

Popeyes began its franchise model in 1976, with the first international store opening in 1984 in Canada. After one year, more than 500 restaurants were in operation.

In 2001, Popeyes went public with an initial public offering (IPO) of nearly $142 million.

Popeyes is also known for its leaders’ values. They actively support the American military and have set up restaurants on military installations globally. They do this to make sure service members have access to food that reminds them of home and comforts them while they’re away.

Popeyes’ top competitor is KFC, but the food is distinctly different. While they both offer southern-style chicken, Popeyes offers Cajun-inspired cuisine you would find in Louisiana, not Kentucky.

Can you open a Popeyes chicken franchise in the UK?

While there are no Popeyes in the UK yet, the restaurant is happy to work with investors in international markets to determine if they are a viable market for its menu offerings.

Just last year, the brand announced plans to open over 1,500 restaurants in China over the next decade. It’s safe to say the company is open to expanding its offerings even further.

Would a Popeyes chicken UK franchise do well?

Considering there are over 800 KFC restaurants currently in the UK, it’s likely that Popeyes would have a loyal customer base there as well.

Popeyes has a unique brand identity and a dedicated following in the US, which would give it an advantage against competitors. Not to mention the Cajun flavour of its menu offerings, which would offer something different to UK consumers.

Popeyes has been successful in the US, even more so since its release of a limited-edition chicken sandwich that rivals the famous Chik-fil-A chicken sandwich. When debate broke out on social media, Popeyes yielded $65 million in equivalent media value that doubled restaurant traffic.

How do you start a Popeyes franchise?

If you’re impressed with the history of Popeyes and its global success, you should explore the opportunity of being the first to open one in the UK.

There are several questions to consider before deciding whether a Popeyes franchise is for you.

What is the franchise opportunity?

Before franchising a Popeyes, you’ll need to prove that you have the business, finance, and marketing knowledge to launch a franchise in a competitive market.

As a prospective franchisee, you should know that Popeyes will only accept an area development agreement that includes five or more restaurants. This stipulation exists to guarantee that franchisees are committed to aggressive expansion. It’s also a test to see if you’re financially capable.

If you’re confident that you can build a minimum of five stores within a specified period, the franchise process usually takes three to four months. However, since the UK is a new market, the process could take longer.

Franchises like to know their franchisees are capable of managing their brand, so prior success as a franchisee will work in your favour.

How much is a Popeyes chicken franchise?

Before applying to be a franchisee, make sure you meet Popeyes’ franchise requirements.

For a Popeyes franchise in the US, franchisees are required to prove a net worth of $500,000, with half of that being in liquid assets. Expect a similar initial investment in Pound Sterling for starting a Popeyes in the UK.

Will you receive training and support?

Popeyes cares about their franchisees and wants them to become successful restaurant owners. They will provide a support team that will work alongside you to introduce the brand into the market the right way.

They’ll also help you perform a brand positioning study. This study will inform decisions about your restaurant menu, facilities, and marketing efforts.

You’ll receive support in establishing a market development plan. This will include plans for the number of types of restaurants you aim to open. All of this is guided by a regional leader, a thriving restaurant professional, who can answer your questions along the way.

Do you need to have any restaurant experience?

To own a Popeyes franchise, you’ll need to show experience operating a similar restaurant, including ownership in a multi-unit food service operation. This experience should be within the market you aim to develop.

You should also be able to show relevant retail development experience in the UK market.

If not a Popeyes, what else?

If you determine that Popeyes isn’t right for you, but still want to open a takeaway chicken franchise, there are options. There are many UK alternatives to Popeyes.

If you’re looking for a fresh and unique concept that has generated a major consumer buzz, then look no further than Slim Chickens. Launching in the UK in 2019, Slim Chickens has successfully opened six stores, all of which are proving extremely popular and has demonstrated that the brand boasts major growth potential.

Slim Chickens prides itself on operating in the “better chicken” category, meaning that customers receive fresh, cooked-to-order food in a speedy manner and at great value prices, too.

KFC dominates as the top fried chicken franchise of the UK. Most Americans are loyal to either KFC or Popeyes while in the states but are often surprised to find a KFC in Britain.
While the menu is basically the same as it is in the US, there are some slight changes. This is the case with other famous American fast-food restaurants, such as McDonald’s.

As the name implies, Favorite is the biggest and most popular British fried chicken franchise. It’s been operating since 1986 and is known for offering an affordable and fully structured franchise system.
Favorite is unique in that their meat is approved as halal, and they can declare a “GM Free Zone.”

Chicken Cottage is another British fast-food chain that focuses on offering fried chicken with American and Indian flavours.

Chicken Cottage also serves fresh, halal chicken. The company has been franchising since 1995 and has almost 100 locations in the UK, primarily based in London. Additional restaurants are located in Wales and Scotland.

Southern Fried Chicken boasts over 500 partners in the UK serving hundreds of thousands of customers every single day. Although established in Britain, the brand is truly globally-renowned, and can be found in over 700 locations in over 79 countries.

Founded in 1970, it boasts a strong heritage, and has grown a loyal, chicken-loving customer base over the last 50 years.

Are you hungry for a Popeyes chicken UK franchise?

Popeyes is a brand loved internationally, so we’re patiently waiting for Brits to jump on the bandwagon.

If you want to be the first person to open a Popeyes chicken UK franchise, you’re on your way to starting the process. Just remember, before leaping into any new franchise opportunity, do your research.

A Popeyes franchise might be the perfect opportunity for you if you’re confident that you can offer delicious, good-quality food and have the business background to back it up.

And if after reading this, you decide that a Popeyes chicken franchise isn’t for you, search our franchise directory. With nearly 700 franchises for sale, we’re confident you’ll find the perfect opportunity.