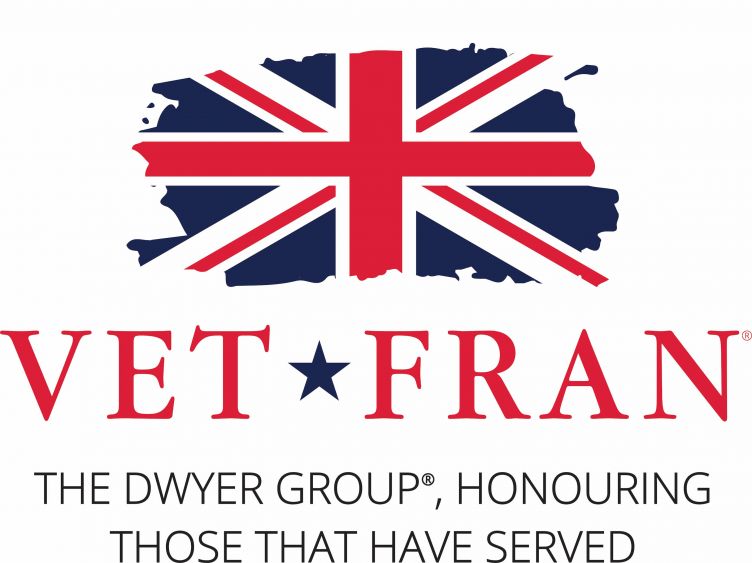 The programme gives financial discounts to transitional military personnel and veterans in the UK who want to own a franchise, including 15 per cent off the franchise fee for the initial base territory purchase, as well as special incentives for those who qualify.

VetFran was introduced by the Dwyer Group in the United States in 1991.

Jeff Meyers, vice president of international operations at the Dwyer Group, says: “The success of the VetFran programme in the US has inspired us to launch the scheme in the UK and we’re proud to provide the opportunity to help transition military personnel and current veterans to become franchisees.

“We are very fond of what the military does and the people they turn out, as they have a great skill set to translate to franchised businesses.

“Not only do we have a few exmilitary working for Dwyer Group UK, but we also have some franchisees who have made the transition over to franchising and have never looked back. “We hope many more veterans will take this opportunity to achieve their dreams and goals by being in business themselves.”

Sue Mark is a Bright & Beautiful franchise owner covering Hampshire. Before becoming a franchisee, she completed 22 years’ service in the navy as an engineer.

“I chose to go into franchising as I wanted to be in charge of both my own destiny and a team of people,” Sue says. “Just over two years ago I bought a Bright & Beautiful franchise, which is part of a network of 57 franchisees belonging to the Dwyer Group family of brands, and have built up a team of 13 housekeepers.

“I wanted a new challenge of being my own boss, as well as setting up a new business that had systems already in place with support, guidance and training from its franchisor.

“The skills I gained in the navy have been transferable to the commercial world and have been invaluable to the day to day running of my business, from organisational through to being able to deal with any situation that arises in a calm manner.

“Working for yourself is hugely rewarding and already I’m reaping the rewards from all the effort and hard work I have put into growing the franchise.”

Before becoming a Drain Doctor franchise owner covering Portsmouth and Southampton, Allan Rook spent 16 years as a mechanical engineer in the army.

He explains: “I’ve been able to bring a variety of transferable skills and qualities to the civilian workplace, which I developed and gained from my military career.

“I have been a franchise owner for 21 years now and without the vast experience and aptitude gained from the army I would not have enjoyed the success I have achieved to date. “Learning how to be self sufficient, thinking logically, problem solving and being a team player are just a few of the key skills, coupled with the confidence and knowledge to deal with complex situations.

“Despite having run my own business prior to joining Drain Doctor, the key difference was having the guidance and support from head office, ie the franchisor, and being part of a network has helped me to connect with other franchisees and brands and share both experiences and knowledge.

“I’m excited about our future and onward journey with Drain Doctor.”